Cedric Burnett (born February 24, 1966) is a Democratic member of the Mississippi House of Representatives. He has represented the state's 9th House district, composed of parts of Coahoma, Quitman, Tate, and Tunica counties, since 2016.

Cedric Burnett was born on February 24, 1966, in Sardis, Mississippi. [1] He attended Northwest Community College and the University of Memphis. [1] He is a mortician by career. [1] In 2015, he was elected to represent Mississippi's 9th House district, composed of portions of Coahoma, Quitman, Tate, and Tunica counties, in the Mississippi House of Representatives, and was inaugurated in 2016. [1] In the 2020–2024 term, he is the chairman of the House's Youth and Family Affairs Committee. [1] 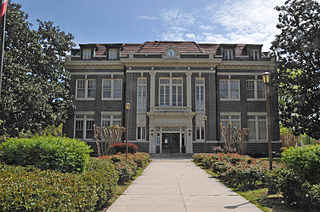 Tunica County is a county located in the U.S. state of Mississippi. As of the 2010 census, the population was 10,778. Its county seat is Tunica. The county is named for the Tunica Native Americans. Most migrated to central Louisiana during the colonial period. 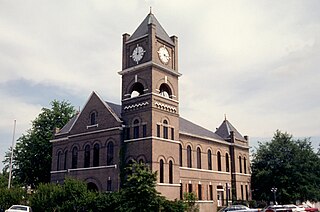 Quitman County is a county located in the U.S. state of Mississippi. As of the 2010 census, the population was 8,223, making it the fifth-least populous county in Mississippi. Its county seat is Marks. The county is named after John A. Quitman, Governor of Mississippi from 1835 to 1836 and from 1850 to 1851. 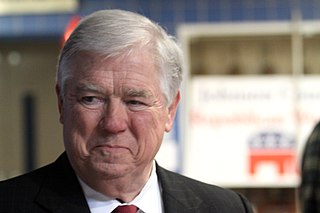 The United States District Court for the Northern District of Mississippi is a federal court in the Fifth Circuit with facilities in Aberdeen, Greenville, and Oxford.

Coahoma Community College (CCC) is a public, historically black community college in unincorporated Coahoma County, Mississippi. The college was founded in 1949 and is accredited by the Southern Association of Colleges and Schools Commission on Colleges. It offers associate degree and certificate programs in more than 70 areas of focus. 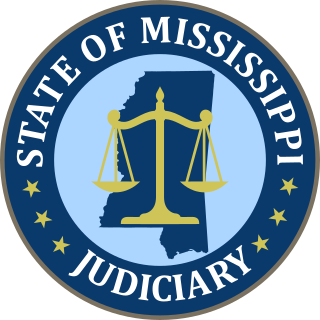 Vance is an unincorporated community in Quitman and Tallahatchie counties, Mississippi. Vance is located on Mississippi Highway 3 northeast of Tutwiler. Vance has a post office with ZIP code 38964.

Brazil is an unincorporated community in Tallahatchie County, Mississippi. Brazil is on Mississippi Highway 321 approximately 8 miles (13 km) north of Webb and 12 miles (19 km) south of Lambert.

The 1972 United States presidential election in Mississippi was held on November 7, 1972. Incumbent President Nixon won the state of Mississippi with 78.20% of the vote, his most overwhelming dominance in any of the fifty states, carrying the Magnolia State's seven electoral votes. Nixon defeated McGovern by a whopping margin of 58.57%, a larger margin than McGovern's in the District of Columbia, and a margin never equalled in any state since and exceeded by any Republican nominee in the party's history only five times. This also marked the first time since 1944 that the state was on the winning side of the presidential election.

George Washington Gayles was a Baptist minister and state legislator in Mississippi. He was in the Mississippi House of Representatives from 1872 until 1875 and to the Mississippi Senate from 1878 until 1886. He was a candidate for United States House of Representatives in 1892, but received only 6% of the vote due to the voter suppression laws of that period. He was also a noted Baptist minister and was known as the "Father of the Convention" of African American Baptists in Mississippi.

Richard F. Abbay was an American politician and a Democratic Mississippi state legislator in the late 19th and early 20th centuries.

Robert Locke Ralston was a Democratic member of the Mississippi House of Representatives, representing Coahoma County, from 1916 to 1920.

John Thomas "Trey" Lamar III is an American lawyer and Republican politician. He is a current member of the Mississippi House of Representatives, having represented Mississippi's 8th House district, which composes parts of Tate and Lafayette Counties, in the House since 2012.