Nell Fortner (born March 3, 1959) [1] is the current women's college basketball coach at Georgia Tech. She is most well known for leading the 2000 Olympics team to a gold medal. She has received numerous awards including the 1997 National Coach of the Year, the 2000 USA Basketball Coach of the Year and the 2008 SEC Coach of the Year. In April 2018, she was inducted into the Texas Sports Hall of Fame. [2]

Born in Jackson, Mississippi, Fortner is a graduate of New Braunfels High School where she was an all-state basketball selection and a Parade All-American. She won a dual scholarship in basketball and volleyball to the University of Texas, where she played from 1978-81. As a starter under coach Jody Conradt, the basketball team compiled a 127-26 record in her 4 seasons. She led Texas to its first national ranking in women’s basketball and a seventh-place finish at the AIAW national tournament. Her 1,466 career points are among the top scoring leaders in school history, and her 142 games played rank her fourth in Texas history. In addition to playing basketball for the Longhorns, she also played for the Texas volleyball team, where, as a middle hitter, she helped lead the Texas volleyball team to the 1981 AIAW National Championship.

While a freshman at UT, Fortner made her USA Basketball debut as a member of the 1978 U.S. Olympic Festival South team, winning a silver medal.

Fortner was appointed to the University of Texas Women’s Athletics Wall of Honor in November 2001. [2]

Fortner has over two decades of experience coaching at the high school, college, pro and international levels. She began her coaching career in the 1983-84 season as the girls basketball coach at Killeen High School in Texas.

She turned to the college ranks as a graduate assistant under Gary Blair at Stephen F. Austin during the 1986-87 campaign while completing a master's degree in education. She stayed at SFA for three more seasons as an assistant coach, helping guide the Ladyjacks to a remarkable 87-12 (.879) record and three straight NCAA Tournament appearances. In 2007, Fortner was honored by Stephen F. Austin with the Distinguished Alumnus Award. [4]

Prior to the 1990-91 NCAA season, Fortner was hired by Hall of Fame coach Leon Barmore at Louisiana Tech, where she spent five years as an assistant coach from 1990-1995. During her tenure at the school, the Lady Techsters compiled a 123-37 (.794) record and made five straight NCAA Tournament appearances, including a trip to the national championship game in 1994.

When Lin Dunn was fired from Purdue University, Fortner was hired to replace her as head coach. In her first year, Fortner led a Purdue team that returned just four players to a Big Ten regular-season conference title in 1996-97, going 17-11 overall and 12-4 in conference play. The season ended in an overtime loss in the second round of the NCAA tournament to #2 ranked Old Dominion, the eventual runner-up. [5] Fortner's efforts earned her Big Ten Coach of the Year honors. She was also named the National Coach of the Year by the Basketball Times. Fortner left the Boilermakers after one season upon being appointed coach of the U.S. women's national team.

On August 17, 1999, Fortner was named the first head coach and general manager of the expansion franchise Indiana Fever of the Women's National Basketball Association. [9] However, as she was already committed to her post as the coach of the United States Olympic Team, she continued coaching Team USA through the 2000 Olympic Games. Assistant coach Anne Donovan served as interim head coach during the 2000 season before Fortner joined the Fever for the 2001 campaign. [9] She lifted the upstart franchise during the 2002 season to a .500 record and a playoff win in the club’s first post-season appearance. She resigned following the 2003 season. During her time in the WNBA, Fortner compiled a 42-56 record.

On April 22, 2004, Nell Fortner was named the fifth head coach in Auburn Tigers women's basketball history. [6] [10] She replaced Joe Ciampi, who retired after his 25th season with a school-record 568 victories. Fortner was named the SEC Coach of the Year for the 2008-09 regular season, which saw her team start 20-0 before finishing 27-2 overall and 12-2 in the SEC to win the Southeastern Conference title. [11]

In April 2019, Fortner was hired as the women's basketball coach at Georgia Tech. [3]

Fortner led the United States women's national basketball team to a 101–14 record, the most wins of any coach in Women’s USA Basketball history. 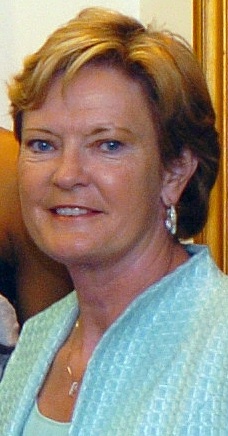 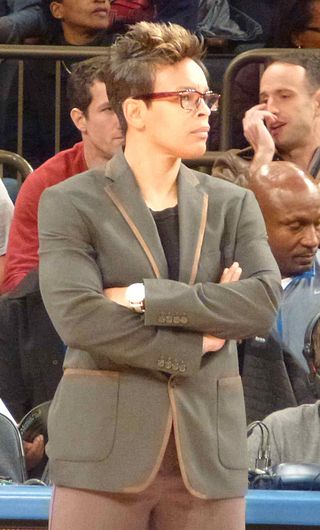 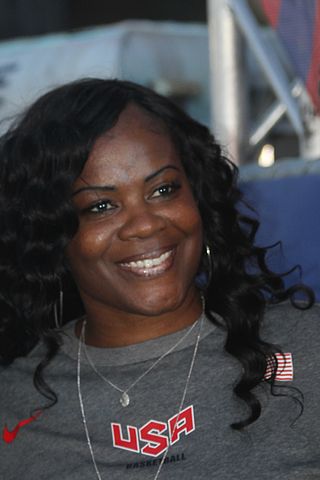 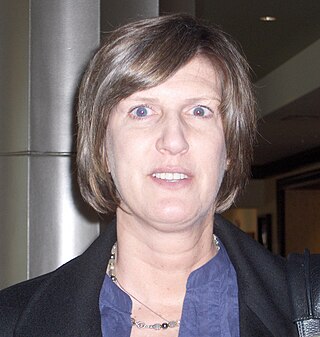 Charlene Thomas-Swinson is an assistant coach for Las Vegas Aces. 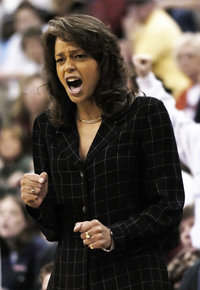 The Auburn Tigers women's basketball program is the intercollegiate women's basketball team that represents Auburn University. The school competes in the Southeastern Conference in Division I of the National Collegiate Athletic Association (NCAA). The Tigers play their homes games at Auburn Arena in Auburn, Alabama on the university campus. The program began in 1972.

Lindsay Wisdom-Hylton is a retired American professional basketball player. She attended high school at Neuqua Valley High School in Naperville, IL. She recently played the forward position for the Washington Mystics in the WNBA.

The 2009–10 Auburn Tigers women's basketball team represented Auburn University in the 2009–10 NCAA Division I basketball season, coached by Nell Fortner. The Tigers are a member of the Southeast Conference.

Bernadette Locke-Mattox is a former head coach of the University of Kentucky women's basketball team. While at Kentucky in 1990, she became the first female to serve as assistant coach for a men's NCAA Division I basketball team, when she served under Rick Pitino. She formerly served as an assistant coach with the Connecticut Sun of the WNBA.

The Texas A&M Aggies women's basketball team represents Texas A&M University (TAMU) in NCAA Division I women's basketball. The team is coached by Joni Taylor, entering her first season; she replaced Gary Blair, who retired after 37 years as a collegiate head coach, 19 of which were with TAMU. The Aggies play home games at Reed Arena, a 12,989-capacity arena in College Station, Texas on the campus of Texas A&M.