Nick Bollettieri founded the Nick Bollettieri Tennis Academy in 1978. Sports and entertainment company IMG purchased the academy in 1987. [1] IMG acquired the youth division of the David Leadbetter Golf Academy in 1993 and added programs for soccer and baseball in 1994. Hockey and basketball programs were added in 2000 and 2001, respectively, and by 2002 the IMG campus had expanded to 190 acres (0.77 km2). [2] IMG Academy suspended its hockey program in 2003.[ citation needed ] Football was added in 2010, [3] as well as lacrosse. [4] Track & field and cross country were added in 2013. [5]

The IMG Pendleton School was founded in 1999 as a co-educational, college preparatory school for athletic students. In 2012, the school changed its name to "IMG Academy". [7] It delivers both academics and athletics. [8]

The Bollettieri tennis program offers year-round tennis camps ranging from one to five weeks in length and is led by director Rohan Goetzke. [9] The campus has 35 outdoor hard courts, 5 indoor hard courts, and 16 green clay courts. [10]

In 1987, thirty-two academy students or former students were in the Wimbledon draw and twenty-seven were in the U.S. Open. Famous past students include Andre Agassi, Monica Seles, Jim Courier, Kei Nishikori, Anna Kournikova, Serena Williams, and Maria Sharapova.[ citation needed ]

IMG announced the John Madden Football Academy in March 2010 and held its first camp from June 4–6, 2010. The football program offers a residency program and year-round camps ranging from three days to five weeks in length and was previously led by former NFL quarterback Chris Weinke. [11] The academy fielded a high school football team for the first time in 2013. [12] In 2013, MaxPreps called IMG Academy the "nation's top high school football facility." [13] IMG Academy named Kevin Wright the head coach in spring 2015 after Weinke accepted a position as quarterbacks coach with the Los Angeles Rams. [14] Wright guided the program to its first undefeated regular season (9–0) in 2015. [15] Earnest Byner, the running backs coach is featured in NFL Undiscovered which, since 2016, has featured overseas prospects who have little or no prior knowledge of the game.

IMG Academy offers an Academy soccer program and year-round soccer camps. IMG Academy was home to U.S. Soccer's full-time residency program for the United States' U-16 and U-17 men's national teams. Started in 1999 and closed in 2017, it was integral in developing the United States' top youth soccer prospects. The original idea of the residency program was to give elite players the opportunity to train in a professional environment as most MLS clubs did not have a substantial youth academy system in place prior to 2009. The Bradenton Academy has grown from an initial 20 players to 30 in 2002 and then to 40 in 2003. The program is now split into a U-16 squad and a U-17 squad.

A typical day for the student-athlete at Bradenton consists of academic classes in the morning followed by sports training in the afternoon. Students at the academy take accelerated courses and graduate high school a year early, making the players who do not turn pro immediately some of the most heavily recruited prospects in college soccer. The academy can trace its roots back to Project 2010 which highlighted ways U.S. Soccer could make the senior men's national team a legitimate threat to win the World Cup by the end of the decade. Two programs that were born from Project 2010 were Generation Adidas (previously called Project-40) and the Bradenton Academy. The academy was started in January 1999 with the backing of IMG and Nike, but was closed in 2017 due to the proliferation of U.S. Development Academy programs. [16]

Its basketball alumni include Dallas Mavericks forward Dwight Powell and Orlando Magic forward Jonathan Isaac, the 6th overall pick of the 2017 NBA draft. In 2017, IMG Academy had its first two selections to the McDonald's All American Game, Trevon Duval was selected to the boys game and Rellah Boothe was selected to the girls game. In 2018, Anfernee Simons would enter directly from the academy to the 2018 NBA Draft, being the second player in the academy's history to do so and the third overall player to be drafted directly out of the high school.

During the preparation for the 2017 NBA Draft, the IMG Academy hosted their first ever draft combine. The Professional Basketball Combine would be held as an alternative (mainly for seniors) to measure their abilities and potentially give them the chance to enter the NBA, if not allow them the chance to play in the NBA G League or even overseas, with nearly every participant that year doing exactly that. Currently, four players that participated in the event signed two-way contracts to enter the NBA properly, with eight of them going overseas and 11 players entered the G League. [19] The event would be held once again in 2018, gaining more popularity that year with the participation of former UCLA player and current professional player LiAngelo Ball. [20]

Track and field and cross country

Since opening in 1978, IMG Academy has trained hundreds of Olympic and professional athletes, including those in the NBA, NFL, MLB, MLS, ATP, WTA, PGA Tour and LPGA Tour.

Bradenton is a city and the county seat of Manatee County, Florida, United States. The U.S. Census Bureau estimated the city's 2019 population to be 59,439. 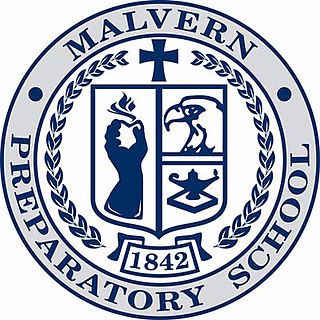 Malvern Preparatory School, commonly referred to as Malvern Prep, is an independent Catholic middle school and college preparatory high school for boys located in Malvern, Pennsylvania within the Archdiocese of Philadelphia. The school was started and is still run by Order of Saint Augustine, and is a member of the Augustinian Secondary Education Association. Malvern Prep is a member of the Inter-Academic League which also includes Episcopal Academy, Germantown Academy, Penn Charter, The Haverford School, and Springside Chestnut Hill Academy.

Archbishop Mitty High School is a private, Roman Catholic high school located in San Jose, California, United States. The school is named for the late John Joseph Mitty, the fourth Archbishop of San Francisco. It was the first diocesan Catholic high school in the Santa Clara Valley. Construction of the school began in 1963, and when completed, the campus occupied its present 24 acres (9.7 ha). It is owned and operated by the Roman Catholic Diocese of San Jose in California.

IMG, originally known as the International Management Group, is a global sports, events and talent management company headquartered in New York City. It has been owned by Endeavor and Silver Lake Partners since 2013. Trans World International (TWI) is the event company of IMG.

Brewster Academy is a co-educational independent boarding school located on 80 acres (32 ha) in Wolfeboro, New Hampshire, United States. It occupies 0.5 miles (800 m) of shoreline along Lake Winnipesaukee. With around 350 students, it serves grades nine through twelve and post-graduates. The 2018 full boarding tuition is $62,600. The current Head of School, since 2015, is Craig Gemmell.

The Duke Blue Devils are the intercollegiate athletic teams that represent Duke University, located in Durham, North Carolina. Duke's athletics department features 27 varsity teams that all compete at the National Collegiate Athletic Association (NCAA) Division I level. The name comes from the French "les Diables Bleus" or "the Blue Devils," which was the nickname given during World War I to the Chasseurs Alpins, the French Alpine light infantry battalion.

Emsley A. Laney High School is a high school in Wilmington, North Carolina, United States. The school was named after Emsley Armfield Laney, a business and community leader for several decades in Wilmington. It is a part of New Hanover County Schools.

Bradenton Athletics were a professional American women's soccer team based in Bradenton, Florida. The team was a member of the United Soccer Leagues W-League, then the premier women's soccer league in the United States and Canada, from 2004–2008, when they folded. They played in the Atlantic Division of the W-League's Eastern Conference.

Granada High School is a high school located at 400 Wall Street in Livermore, California, United States. Granada was established as the town's second public high school in response to significant population growth in the 1960s. Livermore High School was the first high school in Livermore, and rivals Granada. The name Granada is a Spanish word meaning "pomegranate". The school's official newspaper is called The Pomegranate, which is published monthly. The school mascot is a matador.

The Interstate Athletic Conference is an all-boys high school sports league made up of six private high schools in the Washington, D.C., area, competing in twelve varsity sports: baseball, basketball, cross country, football, golf, ice hockey, lacrosse, soccer, swimming and diving, tennis, track and field, and wrestling. The IAC is widely regarded as one of the most competitive and talent-deep lacrosse leagues in the nation. Some schools in the IAC are co-ed, so they do not have as many boys to participate in athletics as some schools in the MAC and WCAC. For example, Gonzaga College High School (WCAC), have over 900 boys enrolled at the school while Episcopal high school (IAC) only has 435 boys and girls combined. Although this is true, the IAC is seen as on par with or surpassing the WCAC and the MAC and more competitive than the PVAC, the other private high school sports conferences in the Washington, D.C. area. The IAC is also known for its academics as it boasts 3 of the most elite boarding schools in the country.

Christ School is a private college preparatory boarding and day school for boys in Arden, North Carolina, a suburb of Asheville, in the Blue Ridge Mountains. It features a competitive academic curriculum, intramural and varsity athletics, spiritual development and a work program. While affiliated with the Episcopal school, it is open to students of all faiths and backgrounds. 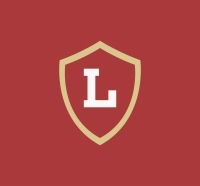 Lutheran High School of Orange County is a private Lutheran high school in Orange, California, in the Los Angeles Metropolitan Area, founded in 1973. The school offers on-campus, online, and blended schedules for its students. Orange Lutheran is accredited by the National Lutheran School Accreditation Organization and the Western Association of Schools and Colleges. The school is also known for its Missions Program, which travels internationally and domestically on a year-round basis.