The Football Association of Slovenia (Slovene : Nogometna zveza Slovenije or NZS) is the governing body of football in Slovenia. It organizes the first division (1. SNL), second division (2. SNL), third division (East and West), Slovenian Cup, Slovenian Women's League, and other competitions. It is also responsible for the Slovenia national football team and the Slovenia women's national football team. It was founded as Ljubljana Football Subassociation on 24 April 1920. [2]

The Munster Council is a Provincial Council of the Gaelic Athletic Association sports of hurling, Gaelic football, camogie, rounders and handball in the province of Munster.

The League of Communists of Slovenia was the Slovenian branch of the League of Communists of Yugoslavia, the sole legal party of Yugoslavia from 1945 to 1989. It was established in April 1937 as the Communist Party of Slovenia, as the first autonomous sub-national branch of the Yugoslav Communist Party. Its initial autonomy was further amplified with the Yugoslav constitution of 1974, which devolved greater power to the various republic level branches.

There follows the achievements of Cork GAA teams in the Gaelic games of hurling and Gaelic football.

The National Basketball League (NBL) is the highest professional basketball league in Bulgaria. The current league was founded in 2008, although the first tier level exists since 1942 and was previously called the Bulgarian A Division. The games in the NBL are played under FIBA rules. The most successful team in NBL history is PBC Academic, that has won 26 national titles.

Anton Ingolič was a Slovene writer, playwright, and editor. He is best known for his novels and youth literature. 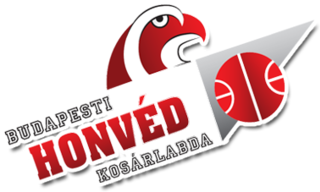 Marco Modolo is an Italian footballer who plays as a defender for Venezia.