The New Korean Orthography was a spelling reform used in North Korea from 1948 to 1954. It added five consonants and one vowel letter to the hangul alphabet, making it what is believed [ by whom? ] to be a more morphophonologically "clear" approach to the Korean language.

After the establishment of the North Korean government in 1945, the North Korean Provisional People's Committee began a language planning campaign on the Soviet model. [1] Originally, both North Korean and South Korean Hangul script was based on the Unified Plan promulgated in 1933 under the Japanese. [2] The goals of the independent North Korean campaign were to increase literacy, re-standardize Hangul to form a "New Korean" that could be used as a cultural weapon of revolution, and eliminate the use of Hanja (Chinese characters). [1] The study of Russian was also made compulsory from middle school onward, [1] and communist terminology—such as Workers' Party, People's Army, and People's Liberation War—were rapidly assimilated into Korean. [2] The ban on Hanja in 1949 (excepting parenthetical references in scientific and technical publications) was part of a language purification movement which sought to replace Sino-Korean vocabulary and loanwords from Japanese with native neologisms on the grounds that they were "reactionary" and separated the literary intelligentsia from the masses. [1] [2] New dictionaries, monolingual and bilingual Russian-Korean, were to be based on the concept of "self-reliance" ( juche ); place names and personal names modeled after Chinese naming practices were also purged and replaced with socialist concepts. [2]

In 1948, the New Korean Orthography was promulgated, along with the Standard Language Orthography Dictionary. [1] The Communist Party of Korea claimed that this New Orthography was the first in Korean history to represent the language of the proletariat. [2] The only publications to use the New Korean Orthography were the linguistics journal Korean Language Research and the 1949 Korean Grammar. [3] The language standardization efforts were interrupted by the Korean War and hampered by Kim Il Sung's disapproval of the new orthography. [1] In March 1958, the new orthography's creator, Kim Tu Bong, was purged from the Party, and linguistics journals began publishing attacks on him and his system. [3] From then on, proposals for script reform were restricted to the idea of writing Hangul horizontally, rather than in syllable blocks. Linguistic journals also continued to attack "foreignisms" from Chinese and English (e.g., pai pai/bai bai바이 바이, "bye bye"). [3] In the 1960s, Kim Il Sung issued a directive that would bind all future language planning to Korean ethnic nationalism, saying that "people of the same racial make-up, the same culture, living in the same territory... [have a] need for a nationalistic, pure standard". Thus, Pyongan dialect was chosen as the standard dialect for North Korean, purely for the reason that it was considered less "contaminated" by foreign cultures and capitalists. [2] The legacy of the New Korean Orthography lies in North Korea's modern use of Hangul, which reflects morphology more than pronunciation as it does in the South. [4]

The reason for the reform is that some Korean roots change form and therefore cannot be written with a consistent spelling using standard hangul. The additional letters introduced in the New Orthography do not represent new sounds, but these situations where a sound changes, say from a /p/ to a /w/. Three were created de novo by modifying existing letters, two (ㅿ and ㆆ) were obsolete letters, and one (1) is a numeral.

Another example is the root of the verb "to heal", which has the form 낫 nas- before a consonant, as in 낫다 natta, but the form 나 before a vowel, as in 나아 naa. In some cases, there is an epenthetic ŭ vowel before a consonant suffix, as in 나을 naŭl. In New Orthography, this variable root is written as an invariable 나ᇹ, and the epenthetic vowel is not written: 나ᇹ다NA’.DA for 낫다 natta,나ᇹᄅNA’.L for 나을 naŭl,나ᇹ아NA’.A for 나아 naa.

There were other changes that made the orthography more morphemic, without requiring the addition of new letters. For example, in the word normally spelled 놉니다 (top example in image at right), the politeness morpheme ㅂ is separated out in its own block. Such spellings can be found in medieval documents, but were not normally seen in the 20th century.

The attributive ㄴ n morpheme at the ends of adjectives is also placed in a separate block, and the occasional epenthetic ŭ that appears before it is not written, unlike standard 은 ŭn. A morphemic h is retained before this ending: 하얗다 HA.YAH.DAhayata "is white", 하얗ㄴ HA.YAH.Nhayan "white" (standard 하얀 HA.YAN). 좋다 CHOH.DAjota "is good", 좋ㄴ CHOH.Nchohŭn "good" (standard 좋은 CHOH.ŬN).

Unless otherwise noted, statements in this article refer to Standard Finnish, which is based on the dialect spoken in the former Häme Province in central south Finland. Standard Finnish is used by professional speakers, such as reporters and news presenters on television. 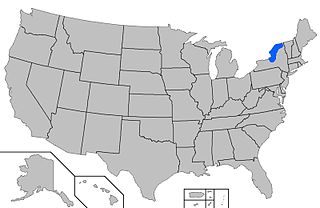 Mohawk is an Iroquoian language currently spoken by around 3,500 people of the Mohawk nation, located primarily in Canada, the Haudenosaunee Confederacy and to a lesser extent in the United States. The word "Mohawk" is an exonym. In the Mohawk language, the people say that they are from Kanienʼkehá꞉ka or "Flint Stone Place" or "People of the Flint Nation".

Juǀʼhoan, also known as Southern or Southeastern ǃKung or ǃXun, is the southern variety of the ǃKung dialect continuum, spoken in northeastern Namibia and the Northwest District of Botswana by San Bushmen who largely identify themselves as Juǀʼhoansi. Several regional dialects are distinguished: Epukiro, Tsumǃkwe, Rundu, Omatako and ǂKxʼauǁʼein, with Tsumǃkwe being the best described and often taken as representative.

Irish orthography has evolved over many centuries, since Old Irish was first written down in the Latin alphabet in about the 8th century AD. Prior to that, Primitive Irish was written in Ogham. Irish orthography is mainly based on etymological considerations, although a spelling reform in the mid-20th century simplified the relationship between spelling and pronunciation somewhat.

Esperanto is a constructed international auxiliary language. The creator of Esperanto, L. L. Zamenhof, illustrated Esperanto pronunciation by comparing its sounds with their equivalents in several major European languages.

Jeju, often called Jejueo in English-language scholarship, is a Koreanic language traditionally spoken in Jeju Island, South Korea. While often classified as a divergent Jeju dialect of the Korean language, the variety is referred to as a language in local government and increasingly in both South Korean and foreign academia. Jeju is not mutually intelligible with the mainland dialects of South Korea.

Czech orthography is a system of rules for correct writing (orthography) in the Czech language.

The Korean language has changed between North and South Korea due to the length of time that the two states have been separated. Underlying dialect differences have been extended, in part by government policies and in part by the isolation of North Korea from the outside world.

Scottish Gaelic orthography has evolved over many centuries and is heavily etymologizing in its modern form. This means the orthography tends to preserve historical components rather than operating on the principles of a phonemic orthography where the graphemes correspond directly to phonemes. This allows the same written form in Scottish Gaelic to result in a multitude of pronunciations, depending on the spoken variant of Scottish Gaelic. For example, the word coimhead "watching" may result in [ˈkʰõ.ət̪], [ˈkʰɔ̃jət̪], [ˈkʰɤi.ət̪], or [ˈkʰɛ̃.ət̪]. Conversely, it allows the sometimes highly divergent phonetic forms to be covered by a single written form, rather than requiring multiple written forms.

The Congress Spelling System is a spelling reform of Malay Rumi Script introduced during the third Malay Congress held in Johor Bahru and Singapore in 1956. The main characteristics of the system are the use of symbols in the International Phonetic Alphabet, going by the dictum of one symbol for one phoneme, and the new proposition in the writing of diphthongs.