QBE Insurance Group Limited is a general insurance and reinsurance company listed on the Australian Securities Exchange (ASX) and headquartered in Sydney. The company employs more than 11,700 people in over 27 countries.

Across its operations, QBE offers commercial, personal and specialty products and risk management solutions. The company states its purpose is to give people the confidence to achieve their ambitions.

QBE was listed on the Australian Stock Exchange in 1973 from the merger of three companies whose names represent the letters of the combined company, Queensland Insurance, Bankers' and Traders' Insurance Company, and Equitable Life and General Insurance Co., and its founding chairman was J.D.O. Burns. [8] [9]

Since then, QBE has continued to acquire many companies. For example, in February 2007, it acquired Mexican insurer Seguros Cumbre SA de CV, whose net tangible assets were estimated at $26 million, and American insurer General Casualty Insurance. [10] In 2011, QBE purchased Balboa Insurance of California from the Bank of America. [11] [12] [13] [14]

QBE Insurance is also known for its sponsorship of sports teams, including the Sydney Swans of the Australian Football League, the Sydney Roosters of the National Rugby League, the NSW Swifts of netball's trans-Tasman ANZ Championship, the Perth Glory of the A-League and provincial New Zealand Rugby team, North Harbour. QBE is the official insurance partner of England Rugby and the Argentine Rugby Union.

In April 2020, QBE Insurance group appointed Jason Harris as CEO, International, succeeding Richard Pryce who is currently Interim Group CEO and is set to retire at the end of 2021. [17]

Maintaining a property insurance policy is one of the most common conditions imposed upon anyone who borrows money to purchase a house. [18] If a borrower allows such a policy to lapse, US lenders will purchase force-placed insurance for the property owner (also called lender-placed insurance, or collateral protection insurance) [19] The use of force-placed insurance by lenders is an ongoing practice that, in the wake of the financial crisis, has become increasingly common, [20] [21] [22] being cited by many experts as the cause of foreclosures themselves. [23] The coverage prevents gaps in insurance, which is required by the terms of most mortgages. The financial industry justifies higher premium costs of force-placed insurance policies because of the heightened insurance risk of borrowers who aren’t paying for their own insurance. [24] Opponents of the product consistently provide statistics in opposition to these statements, [25] [26] citing kickback payouts and loss ratios that are much lower than the rest of the insurance industry. [27]

Force-placed insurance policies fell under regulatory scrutiny when the New York State Department of Financial Services (DFS) launched an investigation into the lender-placed insurance industry that has so far led to settlements with QBE and Assurant [24] [28] [29] Although testimony in these hearings discussed "reverse competition" and kickbacks from Assurant to its banking clients, [30] [31] In response to the settlement, DFS Superintendent Benjamin Lawsky stated, "Prices should not be pushing up and up, pushing borrowers over the foreclosure cliff." [32]

In January 2013, the Consumer Financial Protection Bureau issued new mortgage servicing rules that ensures borrowers are warned in advance of force-placed insurance's cost and prevent banks from force-placing policies on many escrowed loans. “All consumers will receive protections before a servicer may impose a charge for a force-placed insurance,” an agency spokeswoman wrote. [33] In October 2012, QBE and California agreed to a rate reduction for lender-placed insurance, with an average savings to policyholders of $577 annually. [34]

The Federal Housing Finance Agency, which oversees Fannie Mae, Freddie Mac, and the federal home loan banks, has looked into the relationships between force-placed insurers and their clients, [35] determining the relationships to be fraudulent and banning any future service kickbacks. [36] In addition, the Florida Office of Insurance Regulation is looking into the practice. [37] 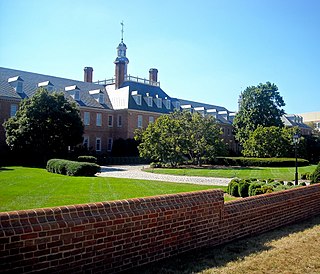 The Federal National Mortgage Association (FNMA), commonly known as Fannie Mae, is a United States government-sponsored enterprise (GSE) and, since 1968, a publicly traded company. Founded in 1938 during the Great Depression as part of the New Deal, the corporation's purpose is to expand the secondary mortgage market by securitizing mortgage loans in the form of mortgage-backed securities (MBS), allowing lenders to reinvest their assets into more lending and in effect increasing the number of lenders in the mortgage market by reducing the reliance on locally based savings and loan associations. Its brother organization is the Federal Home Loan Mortgage Corporation (FHLMC), better known as Freddie Mac. As of 2018, Fannie Mae is ranked number 21 on the Fortune 500 rankings of the largest United States corporations by total revenue.

Title insurance is a form of indemnity insurance predominantly found in the United States and Canada which insures against financial loss from defects in title to real property and from the invalidity or unenforceability of mortgage loans. Unlike some land registration systems in countries outside the United States, US states' recorders of deeds generally do not guarantee indefeasible title to those recorded titles. Title insurance will defend against a lawsuit attacking the title or reimburse the insured for the actual monetary loss incurred up to the dollar amount of insurance provided by the policy.

Foreclosure is a legal process in which a lender attempts to recover the balance of a loan from a borrower who has stopped making payments to the lender by forcing the sale of the asset used as the collateral for the loan.

A reverse mortgage is a mortgage loan, usually secured by a residential property, that enables the borrower to access the unencumbered value of the property. The loans are typically promoted to older homeowners and typically do not require monthly mortgage payments. Borrowers are still responsible for property taxes and homeowner's insurance. Reverse mortgages allow elders to access the home equity they have built up in their homes now, and defer payment of the loan until they die, sell, or move out of the home. Because there are no required mortgage payments on a reverse mortgage, the interest is added to the loan balance each month. The rising loan balance can eventually grow to exceed the value of the home, particularly in times of declining home values or if the borrower continues to live in the home for many years. However, the borrower is generally not required to repay any additional loan balance in excess of the value of the home.

Underwriting (UW) services are provided by some large financial institutions, such as banks, insurance companies and investment houses, whereby they guarantee payment in case of damage or financial loss and accept the financial risk for liability arising from such guarantee. An underwriting arrangement may be created in a number of situations including insurance, issues of security in a public offering, and bank lending, among others. The person or institution that agrees to sell a minimum number of securities of the company for commission is called the Underwriter.

Lenders mortgage insurance (LMI), also known as private mortgage insurance (PMI) in the US, is insurance payable to a lender or trustee for a pool of securities that may be required when taking out a mortgage loan. It is insurance to offset losses in the case where a mortgagor is not able to repay the loan and the lender is not able to recover its costs after foreclosure and sale of the mortgaged property. Typical rates are $55/mo. per $100,000 financed, or as high as $125/mo. for a typical $200,000 loan.

The Real Estate Settlement Procedures Act (RESPA) was a law passed by the United States Congress in 1974 and codified as Title 12, Chapter 27 of the United States Code, 12 U.S.C. §§ 2601–2617. The main objective was to protect homeowners by assisting them in becoming better educated while shopping for real estate services, and eliminating kickbacks and referral fees which add unnecessary costs to settlement services. RESPA requires lenders and others involved in mortgage lending to provide borrowers with pertinent and timely disclosures regarding the nature and costs of a real estate settlement process. RESPA was also designed to prohibit potentially abusive practices such as kickbacks and referral fees, the practice of dual tracking, and imposes limitations on the use of escrow accounts.

Mortgage insurance is an insurance policy which compensates lenders or investors in mortgage-backed securities for losses due to the default of a mortgage loan. Mortgage insurance can be either public or private depending upon the insurer. The policy is also known as a mortgage indemnity guarantee (MIG), particularly in the UK.

Real estate owned, or REO, is a term used in the United States to describe a class of property owned by a lender—typically a bank, government agency, or government loan insurer—after an unsuccessful sale at a foreclosure auction. A foreclosing beneficiary will typically set the opening bid at a foreclosure auction for at least the outstanding loan amount. If there are no bidders that are interested, then the beneficiary will legally repossess the property. This is commonly the case when the amount owed on the home is higher than the current market value of the foreclosure property, such as with a mortgage loan made at a high loan-to-value during a real estate bubble. As soon as the beneficiary repossesses the property it is listed on their books as REO and categorized as an asset..

The New York State Insurance Department (NYSID) was the state agency responsible for supervising and regulating all insurance business in New York State. It was regarded in the industry as one of the most state-of-the-art insurance regulatory agencies.

A mortgage servicer is a company to which some borrowers pay their mortgage loan payments and which performs other services in connection with mortgages and mortgage-backed securities. The mortgage servicer may be the entity that originated the mortgage, or it may have purchased the mortgage servicing rights from the original mortgage lender. The duties of a mortgage servicer vary, but typically include the acceptance and recording of mortgage payments; calculating variable interest rates on adjustable rate loans; payment of taxes and insurance from borrower escrow accounts; negotiations of workouts and modifications of mortgage upon default; and conducting or supervising the foreclosure process when necessary.

The Home Affordable Refinance Program (HARP) is a federal program of the United States, set up by the Federal Housing Finance Agency in March 2009, to help underwater and near-underwater homeowners refinance their mortgages. Unlike the Home Affordable Modification Program (HAMP), which assists homeowners who are in danger of foreclosure, this program benefits homeowners whose mortgage payments are current, but who cannot refinance due to dropping home prices in the wake of the U.S. housing market correction.

The Making Home Affordable program of the United States Treasury was launched in 2009 as part of the Troubled Asset Relief Program. The main activity under MHA is the Home Affordable Modification Program.