Spring News debuted on satellite television via test broadcast on 5 March 2010. Its official launch of Spring News was on 15 December 2010

Spring News won the licence for Digital television for news and information channel from the NBTC's spectrum auction in 2013. Spring News started broadcasting on Digital Television from 1 April 2014 on LCN Channel 19. [1]

Euronews is a French-based pan-European television news network, headquartered in Lyon, France. The network began broadcasting on 1 January 1993 and aimed to cover world news from the European perspective.

HLN is an American cable news channel owned by WarnerMedia, a subsidiary of AT&T Inc. A spin-off of CNN, it primarily carries a schedule of news programming during the daytime hours, with the remainder of its schedule dedicated to true crime programs.

KITV, virtual channel 4, is an ABC-affiliated television station licensed to Honolulu, Hawaii, United States, and serving the Hawaiian Islands. Owned by the Allen Media Broadcasting subsidiary of Los Angeles–based Entertainment Studios, it is part of a duopoly with multicultural independent station KIKU. KITV's studios are located on South King Street in downtown Honolulu, and its main transmitter is located atop the Ala Moana Hotel in Honolulu.

CNN International is an international television channel that is operated by CNN. CNN International carries news-related programming worldwide; it cooperates with parent network CNN's national and international news bureaus. Unlike its sister channel, CNN, a North American only subscription service, CNN International is carried on a variety of TV platforms across the world, and broadcast from studios inside and outside the US, in Atlanta, New York City, London, Mumbai, Hong Kong, and Abu Dhabi. In some countries, it is available as a free-to-air network. The service is aimed at the overseas market, similar to BBC World News, France 24, CNA, DW, CGTN, NHK World or Al Jazeera English.

All-news radio is a radio format devoted entirely to the discussion and broadcast of news.

WDLI-TV, virtual channel 17, is a Court TV-affiliated television station serving Cleveland and Akron, Ohio, United States that is licensed to Canton. Owned by Salt Lake City–based Inyo Broadcast Holdings, it is part of a duopoly with Akron-licensed Ion affiliate WVPX-TV. Both stations share offices on Renaissance Parkway in Warrensville Heights and transmitter facilities at the site of WDLI's former studio on SR 261 in Norton, Ohio. 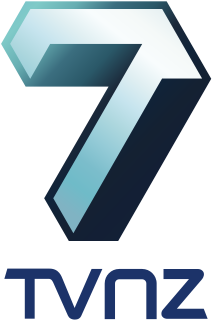 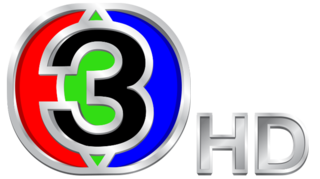 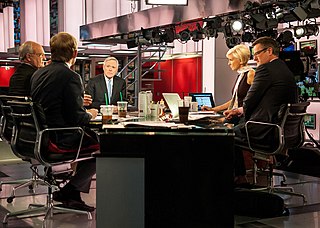 Movies! is an American free-to-air television network owned as a joint venture between Weigel Broadcasting and the Fox Television Stations subsidiary of Fox Corporation. The network's programming emphasizes feature films but also Modern E/I programming on Sunday mornings sourced from Storrs Media/Telco Productions. The network's programming and advertising operations are based in Weigel Broadcasting's headquarters on North Halsted Street in Chicago, Illinois.

Amarin TV, fully known as Amarin TV 34, is a Thai digital terrestrial television channel operated by Amarin Television Co., Ltd., a subsidiary of Amarin Printing & Publishing PCL which is an affiliate of the TCC Group. The networks offers a variety of content such as news, entertainment lifestyle, food and variety programs. It was also one of the broadcasting companies which was granted a license to operate on digital television by the National Broadcasting and Telecommunications Commission in December 2013.