Stephen William Borthwick (born 12 October 1979) is an English rugby union coach who played lock for Bath and Saracens. At International level, he represented the senior England rugby union team between 2001 and 2010 and captained them between 2008 and 2010. He was appointed the England forwards coach in December 2015; a role which he left in mid 2020 to become head coach of Leicester Tigers.

Born in Carlisle, Cumbria, Borthwick was captain of the Hutton Grammar School rugby team, with whom he went on a tour to Australia.

Borthwick joined Bath in 1998 from Preston Grasshoppers, making his debut against Saracens in December 1998. During this time, he was balancing rugby commitments with study, and graduated from the University of Bath in 2003 with a degree in Economics with Politics.

Borthwick had, arguably, his best season for Bath in 2003–04. A central figure in the absence of many senior players due to the 2003 Rugby World Cup, he set about making his mark on the Zurich Premiership. Bath made the League Final that season, losing to London Wasps. [1] He was one of the three nominees for the Zurich Premiership Player of the Year award. [2] In his final game with the club, Borthwick captained Bath to victory in the 2007–08 European Challenge Cup. [3]

Following his switch to Saracens, Borthwick was named co-captain for the 2008–09 season alongside Andy Farrell.

In the 2009–10 season he was named as the captain for Saracens F.C. [5] Injury prevented him from playing for much of the season but he returned for the Guinness Premiership final but not as captain, as Saracens were defeated by the Leicester Tigers. [6] However the following season he started as Saracens won their first Premiership title. [7]

He first emerged during England's tour of South Africa in 2000. [9] Despite his presence in the line-out, he was not considered heavy enough for international rugby, but later bulked out. A regular choice as the England A team captain, from his debut against Wales A at Wrexham in February 2001, he had already played on the full tour of South Africa the previous summer. Injury prevented him from being considered for the next trip the following year to Argentina. Borthwick made his debut for England against France in the 2001 Six Nations. [10]

He came on as a blood replacement for Ben Kay in the 25–14 win over Australia in Melbourne in June 2003, his sixth cap. [11] A member of England's wider 2003 World Cup squad, he narrowly missed selection to the final 30. [12] He regained his place in the England squad after the 2003 World Cup and despite England's disappointing results, Borthwick was given credit for his solid play.

Borthwick initially failed to make England's squad for the 2005 Autumn internationals, with Gloucester forward Alex Brown seemingly poised for a start instead, but injury ruled Brown out of contention and Borthwick stepped in, playing a significant role against Australia, New Zealand and Samoa.

Borthwick was selected as a member of the England 2007 Rugby World Cup squad. [13] He played in three Group matches, starting against Tonga. He did not participate in the knockout games.

On Sunday 10 February 2008 Borthwick was named captain for England's 2008 Six Nations match against Italy in Rome, and on 13 May 2008 he was chosen to captain the full England squad on their 2008 summer tour of New Zealand. [14] And in October 2008 he was named as Martin Johnson's first England Captain for the 2008 Autumn Internationals. [15]

Borthwick came under a lot of criticism after England's disappointing 2008 Autumn Internationals in which they suffered heavy defeats to New Zealand and South Africa. However Martin Johnson kept faith in him.

In the 2009 Six Nations, Borthwick came under more criticism as England's discipline cost them victories against Ireland and Wales. However, after performing much better against France and Scotland in the last two weeks of the tournament, Borthwick's critics seemed to leave him alone. In January 2010, Borthwick was confirmed as England captain for the 2010 Six Nations. [16]

After England's 15–15 draw Against Scotland in the 2010 Six Nations, Borthwick aggravated an ongoing knee injury and sought medical advice. This meant he was unavailable for selection against France so Tom Palmer was bought in as cover and Lewis Moody was given the captaincy in Borthwick's absence. Due to injury, Borthwick was not a member of the 2010 England rugby union tour of Australasia. [17]

On 1 July 2010, Borthwick was dropped from the Elite Player Squad by Martin Johnson. [18]

Borthwick trained as a coach, taking his initial position in-club from 2012 whilst playing with Saracens, and also attending the University of Hertfordshire. [19] From 2012 he was forwards coach alongside Eddie Jones for Japan up to and including the 2015 Rugby World Cup, after which he was confirmed as forwards coach for Bristol Rugby under former Bath colleague Andy Robinson. [20]

On 15 December 2015 He was confirmed as England Forwards coach.

In October 2019, it was reported by BBC Sport that Borthwick's next role would be with Leicester Tigers following the 2019 Rugby World Cup. [21] It was later confirmed he would join the club as head coach for the 2020–21 Premiership Rugby season.

Leicester Tigers are a professional rugby union club based in Leicester, England. They play in Premiership Rugby, England's top division of rugby.

Saracens Football Club are an English professional rugby union club based in London, England. After a year in the RFU Championship, they returned to Premiership Rugby, the first tier of rugby in England, in 2021–22. 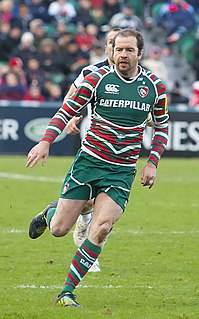 Geordan Edward Andrew Murphy is an Irish rugby union coach and former player. He played as fullback or wing both for the Irish international team and the English club Leicester Tigers.

Lewis Walton Moody MBE is a retired English rugby union player who played for Leicester Tigers and Bath Rugby and was part of the 2003 World Cup winning side. 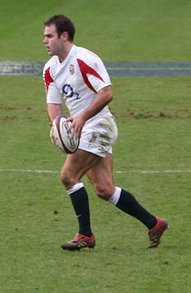 Charles Christopher Hodgson is a retired English rugby union player, having previously been a player for Sale Sharks and Saracens. His position was fly-half and he is the leading Premiership points scorer of all time. Hodgson also played for England, until announcing his international retirement in 2012. Hodgson made 18 consecutive starts at fly half for England between 2004 and 2006. 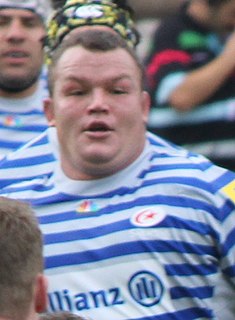 Matthew John Hamilton Stevens is a rugby union player who plays for Toulon in France's Top 14 and won 39 caps for England between 2004 and 2012. Born in Durban, South Africa, to English parents, he can play in both prop positions, and most of his England appearances were at tighthead.

Christopher John Ashton is an English rugby union and former rugby league player, and one of the few players who have represented England in both rugby codes. A wing or fullback, he joined Worcester Warriors of the Gallagher Premiership in January 2021. 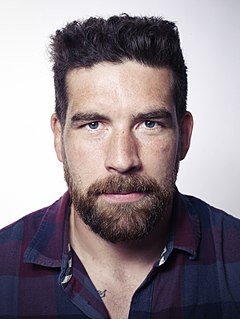 Richard Eric Peter Wigglesworth is an English rugby union player for Leicester Tigers in Premiership Rugby. He is the record appearance maker for Premiership Rugby having also played for Sale Sharks and Saracens. He has won six Premiership titles, one with Sale and five with Saracens, as well as three European Rugby Champions Cups with Saracens. Between 2008 and 2018 he won 33 caps for England. In his career he has played over 400 club games

Tom Croft is a retired rugby union player. He played 173 games for Leicester Tigers between 2005–17 winning four Premiership Rugby titles, played 40 times for England between 2008–2015, was part of the squad for the 2011 Rugby World Cup, and the British & Irish Lions in 2009 to South Africa and 2013 to Australia. His career was somewhat plagued with a variety of minor and serious injuries. 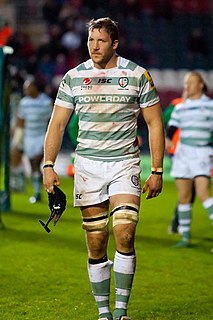 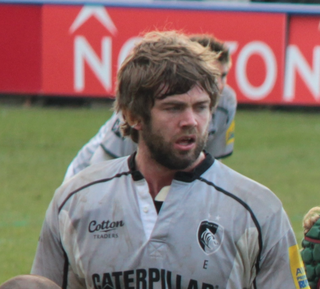 Geoff Parling is an English rugby union coach and former player. He is the current forwards coach for the Australia national team. He played for Newcastle Falcons, Leicester Tigers and Exeter Chiefs in Premiership Rugby, he won three English titles as a player, two with Leicester in 2010 and 2013 then again with Exeter in 2017. He played in Japan for Munakata Sanix Blues and for Melbourne Rebels in Super Rugby. His position was lock. He won 29 caps for England, appearing at the 2015 Rugby World Cup and won three caps for the British & Irish Lions on the 2013 tour to Australia. 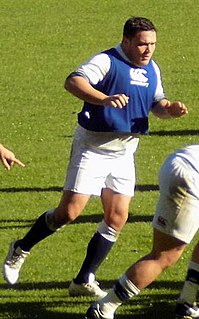 Jamie George is an English rugby union player. He plays at hooker for Saracens in the RFU Championship. He has also represented the England Rugby Team at under-16, under-18, and under-20 level, including the 2019 Rugby World Cup.

Michael Patrick Williams is a Zimbabwean rugby player for Bath. He previously played for Leicester Tigers in Premiership Rugby and for Worcester Warriors in the RFU Championship. He plays primarily as a lock but he can also play at flanker.