He founded Interscope Communications to develop and produce films in 1984, and produced his first hit, Revenge of the Nerds, the same year. Since that early success, he has gone on to become one of Hollywood’s most successful entertainment executives with an exhaustive track record in film and music.

He is an heir of the Marshall Field family. [1]

Field was born on June 1, 1953 in Chicago, Cook County, Illinois, the son of Marshall Field IV, who owned the Chicago Sun-Times from 1956 to 1965, and Katherine Woodruff Fanning, who was later an editor of several newspapers. [3]

Field's Interscope Racing started off entering Danny Ongais in Formula 5000 in 1975, graduating to USAC racing and the Indianapolis 500 in Parnelli chassis. Field also funded Ongais to make occasional Formula One outings in a Penske during the 1978 season.

Field also backed the construction in 1980 of an Interscope chassis designed by Roman Slobodinskij for the Indianapolis 500. This was intended to take a turbocharged six-cylinder Porsche engine (similar to the one Ongais and Field were using in their Porsche 935) but a dispute with USAC over turbo boost meant the program was abandoned. The car was eventually fitted with a conventional Ford Cosworth DFX engine and entered in the 1981 500. Ongais led the race but crashed and was critically injured. In 1982 a recovered Ongias gave the car one last start at Indy but that too ended with an accident.

In 1984, Field founded Interscope Communications, which produced more than 50 major films. In 1984, Field was a leader of a group that bought movie camera manufacturer Panavision. In 1987, Panavision was sold to Lee International. In 1990, he co-founded Interscope Records. After leaving Interscope in January 2001, he formed ARTISTdirect Records with the backing of BMG. Ted Field is currently chairman and CEO of Radar Pictures.

Field and Radar Pictures have faced legal action in recent years. [4] [5] [6] [7] In December 2016, Field and his company assigned profits from then-upcoming Jumanji: Welcome to the Jungle (2017), to Filmula Entertainment, to satisfy a judgment over the unsuccessful reboot of Trauma Records. [8] [9]

From 1984 to 1998, he owned a mansion formerly owned by Howard B. Keck located at 1244 Moraga Drive in the gated community of Moraga Estates in Bel Air, California. From 1986 through 1993, Field owned the Harold Lloyd Estate (also known as Green Acres) in Beverly Hills, California. [10] [11] Field is a tournament chess player who sponsored the World Chess Championship in NYC between Gary Kasparov and Anatoly Karpov. He is currently developing a movie about the current world chess champion Magnus Carlsen.

All films, he was producer unless otherwise noted. 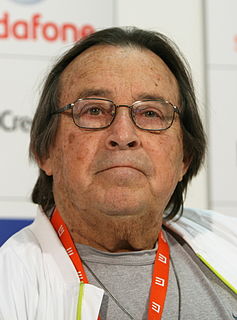 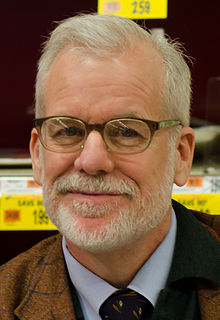 Chris Van Allsburg is an American illustrator and writer of children's books. He has won two Caldecott Medals for U.S. picture book illustration, for Jumanji (1981) and The Polar Express (1985), both of which he also wrote; both were later adapted as successful motion pictures. He was also a Caldecott runner-up in 1980 for The Garden of Abdul Gasazi. For his contribution as a children's illustrator he was 1986 U.S. nominee for the biennial, international Hans Christian Andersen Award, the highest international recognition for creators of children's books. He received the honorary degree of Doctor of Humane Letters from the University of Michigan in April 2012. 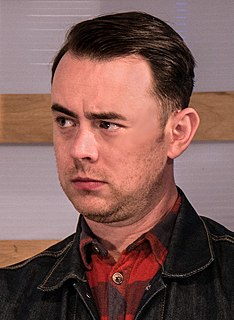 Colin Lewes Hanks is an American actor, producer, and director. He is known for starring in films such as Orange County, King Kong, The House Bunny, The Great Buck Howard, and the Jumanji film series. His television credits include Roswell, Band of Brothers, Dexter, Fargo, The Good Guys, and Life in Pieces. He is the eldest son of actor Tom Hanks. 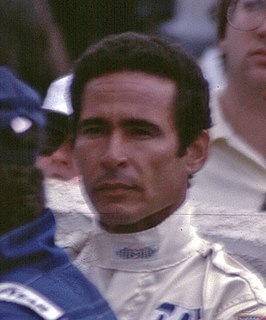 Frederick Field is an American business man. He is heir to Marshall Field who founded the Marshall Field and Company of department stores. He has investments in an entertainment company called Interscope Records.

Interscope Communications was a motion picture production company founded in 1982 by Ted Field. It soon became a division of Interscope Records.

The 1996 Indy Racing League, the first in the history of the league, consisted of only three races, as the season concluded in May with the 80th Indianapolis 500. Walt Disney World Speedway was completed in time to host the first race of the season, and the first ever event of the IRL, and Phoenix International Raceway switched alliances from CART to IRL and hosted the second event of the season. At the conclusion of the three-race schedule, Scott Sharp and Buzz Calkins ended up tied for first place in the season championship. With no tiebreaker rule in place, the two drivers were declared co-champions. 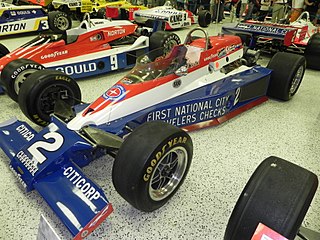 The 62nd International 500 Mile Sweepstakes was held at the Indianapolis Motor Speedway in Speedway, Indiana on Sunday, May 28, 1978. Danny Ongais dominated the early stages of the race but eventually dropped out with a blown engine. Al Unser Sr. dominated the second half, and held a large lead late in the race. However, Unser bent the front wing of his Lola during a pit stop on lap 180, causing his handling to go away over the final twenty laps. Second place Tom Sneva charged to catch Unser's crippled Lola but came up 8 seconds short at the finish line – the second-closest finish in Indy history to that point. Unser held off the challenge, and became a three-time winner of the 500. It was Al Unser's third Indy victory in the decade of the 1970s, and the fifth of nine overall victories by the Unser family. 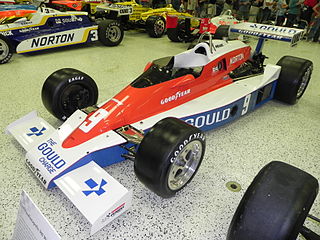 The 63rd 500 Mile International Sweepstakes was held at the Indianapolis Motor Speedway in Speedway, Indiana, on Sunday May 27, 1979. Second-year driver Rick Mears took the lead for the final time with 18 laps to go, and won his first of four Indianapolis 500 races. It was also Mears' first of a record six Indy 500 pole positions. Brothers Al and Bobby Unser combined to lead 174 of the 200 laps, but Al dropped out around the midpoint, and Bobby slipped to 5th place at the finish nursing mechanical issues. It was also Roger Penske's second Indy 500 victory as a car owner. 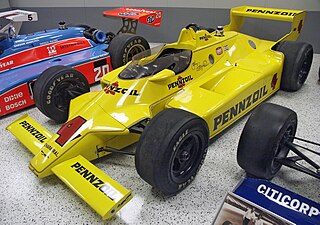 The 64th 500 Mile International Sweepstakes was held at the Indianapolis Motor Speedway in Speedway, Indiana on Sunday, May 25, 1980. Johnny Rutherford won the pole position, led 118 laps, and won the race by a commanding 29.92 second margin. After failing to finish the race the year before, Jim Hall's radical new Chaparral 2K ground effects chassis was a heavy favorite entering the month, and drove a flawless race. Rutherford, the winner in 1974 and 1976, became the sixth driver to win the Indy 500 three times. 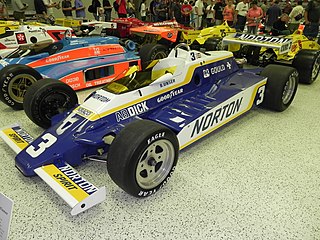 The 65th Indianapolis 500 was held at the Indianapolis Motor Speedway in Speedway, Indiana on Sunday, May 24, 1981. The race is widely considered one of the most controversial races in Indy history. Bobby Unser took the checkered flag as the winner, with Mario Andretti finishing second. After the conclusion of the race, USAC officials ruled that Unser had passed cars illegally while exiting the pit area during a caution on lap 149. Unser was subsequently issued a one-position penalty. The next morning, the official race results were posted, and Unser was dropped to second place. Mario Andretti was elevated to first place and declared the race winner.

Mark Rosenberg was an American film producer whose works included The Killing Fields and Presumed Innocent, who was the President of Worldwide Theatrical Production at Warner Bros. in the 1980s. 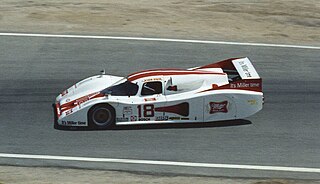 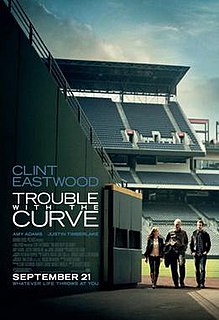 Trouble with the Curve is a 2012 American sports drama film directed by Robert Lorenz and starring Clint Eastwood, Amy Adams, Justin Timberlake, Matthew Lillard, and John Goodman. The film revolves around an aging baseball scout whose daughter joins him on a scouting trip. Filming began in March 2012, and the film was released on September 21, 2012.

London Fields is a 2018 mystery thriller film directed by Mathew Cullen with a screenplay by Roberta Hanley and Martin Amis, based on the 1989 novel of the same name by Amis. The film stars Billy Bob Thornton as Samson Young, a terminally ill writer who has suffered from writer's block for 20 years. The cast also includes Amber Heard, Jim Sturgess, Theo James, Jason Isaacs, Cara Delevingne, Obi Abili, and Jaimie Alexander.

Larry Marshall is an American actor and singer. He is known for his work in musical theatre and film.