Focus Features LLC is an American film production and distribution company, owned by Comcast as part of Universal Pictures, a division of its wholly owned subsidiary NBCUniversal. Focus Features distributes independent and foreign films in the United States and internationally.

In November 2018, The Hollywood Reporter named Focus Features Distributor of the Year for its success behind the year's breakout documentary film Won't You Be My Neighbor? and Spike Lee's BlacKkKlansman . [1] The studio's most successful film to date is Downton Abbey , which garnered $194.3 million at the worldwide box office. [2]

Focus Features was formed in 2002 by James Schamus [3] and David Linde [3] and formed from the divisional merger of USA Films, Universal Focus and Good Machine, as well as the several assets of the Vivendi-affiliated film studio StudioCanal. [4] USA Films was created by Barry Diller in 1999 when he purchased October Films and Gramercy Pictures from Seagram and merged the two units together. [5] [6] Universal Focus is the specialty film arm of Universal Pictures that was created in 1999 as Universal Classics, which was led by Paul Hardart and Claudia Gray, to replace the October Films label in order to get a group of titles to be distributed by USA Films, focused on the marketing of niche-based acquisitions by Universal Pictures International, Working Title, WT2 Productions, Revolution Films and DNA Films, and eventually rebranded into Universal Focus by 2000. [7] [8]

In March 2004, Focus Features revived Rogue Pictures as a genre label, which was once used by October Films in the late 1990s. Rogue Pictures would be led by the same team who led the standard Focus management. [9]

On October 2, 2013, James Schamus was fired from his position as CEO of Focus, with the New York offices being shut down in the process. He was succeeded by Peter Schlessel, whose company FilmDistrict would be merged into Focus and folded into the trade name High Top Releasing. This became effective in January 2014, and several titles developed under FilmDistrict would be released under Focus. [10] Under Schlessel, the company began to acquire films with a wider commercial appeal, much like his previous company. [11] [12] In May 2015, Gramercy Pictures was revived by Focus as a genre label, that was on action, sci-fi, and horror films. [13]

In February 2016, Focus merged with Universal Pictures International as part of a new strategy to "align the acquisition and production of specialty films in the global market". [14] [15] [16] Following this, along with several disappointing box office returns, Schlessel was let go from the company and replaced with Peter Kujawski. [17]

In August 2011, Focus Features launched Focus World, a label focusing on the video on demand market with initial plans to distribute 15 films per year, with one film being released per month. [19]

As a distributor, Focus' most successful release in North America to date is the 2019 film Downton Abbey , which earned $84.5 million during its first weekend at the box office and surpassing Brokeback Mountain , which earned $83 million at the North American box office. [20] However, this is not counting the domestic total of Traffic , which earned $124.1 million under the USA Films banner. The animated film Coraline (which Focus did not produce, but did distribute) was also highly profitable for the company. Although suffering its share of unsuccessful releases, Focus has been consistently profitable, and its international sales arm (unusual among studio specialty film divisions) allows it to receive the foreign as well as domestic revenues from its releases. [21] Its DVD and movie rights revenues are boosted by cult classics including Wet Hot American Summer .

October Films was a major U.S. independent film production company and distributor founded in 1991 by Bingham Ray and Jeff Lipsky as a means of distributing the 1990 film Life Is Sweet.

James Allan Schamus is an American screenwriter, producer, business executive, film historian, professor, and director. He is a frequent collaborator of Ang Lee, the co-founder of the production company Good Machine, and the former CEO of motion picture production, financing, and worldwide distribution company Focus Features, a subsidiary of NBCUniversal.

Rogue is an American independent production company founded in 1998 by Patrick Gunn and Matt Wall, originally started off as a genre film label of the Universal-affiliated independent film studio October Films and was based in Universal City, California. It was known to produce action, thriller, and horror films.

Good Machine Productions was an American independent film production, film distribution, and foreign sales company started in the early 1990 by its co-founders and producers, Ted Hope and James Schamus. David Linde joined as a partner in the late 1990s and also started the international sales company Good Machine International. They sold the company to Universal Pictures, where it was then merged with USA Films and Universal Focus to create Focus Features. Hope, along with the heads of production development and business affairs then went on to form the independent production company This Is That Productions. Schamus and Linde became co-presidents of Focus Features. 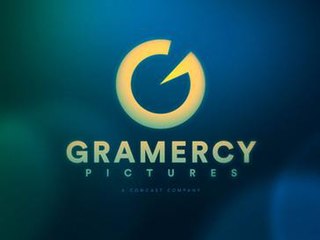 Gramercy Pictures was an American film production label. It was founded in May 1992 as a joint venture between PolyGram Filmed Entertainment and Universal Pictures. Gramercy was the distributor of PolyGram films in the United States and Canada and also served as Universal's art-house division. After Seagram's buyout of PolyGram, Gramercy along with October Films were merged by Barry Diller to form USA Films in 1999. In 2015, Focus Features revived the name as a label for action, horror and sci-fi genre films; the label became dormant after the release of Ratchet & Clank in 2016.

Entertainment One Ltd., trading as eOne, is an American-owned Canadian multinational entertainment company. Based in Toronto, Ontario, the company is primarily involved in the acquisition, distribution, and production of films and television series. The company was listed on the London Stock Exchange before it was acquired by Hasbro on December 30, 2019. 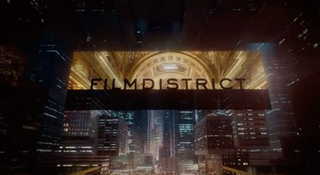 FilmDistrict Distribution LLC. was an American independent motion picture company based in Los Angeles. It specialized in acquisitions, distribution, production, and financing. It was founded in September 2010 by Peter Schlessel in partnership with Graham King and Timothy Headington.

DreamWorks Pictures is an American film company and distribution label of Amblin Partners. It was originally founded on October 12, 1994 as a live-action film studio by Steven Spielberg, Jeffrey Katzenberg, and David Geffen, of which they owned 72%. The studio formerly distributed its own and third-party films. It has produced or distributed more than ten films with box-office grosses of more than $100 million each.

Gareth Elwin Neame is a British television producer and executive. As an executive at the BBC, Neame presided over the development of the dramas Spooks, State of Play, Bodies, Hustle, New Tricks and Tipping the Velvet. He was executive producer of the historical drama series Downton Abbey and originally proposed the idea to its writer and creator Julian Fellowes. He is a recipient of the Emmy, BAFTA and Golden Globe awards.

Bleecker Street is an American film distribution company based in New York City. The company was named after 65 Bleecker Street, the street address of Andrew Karpen's prior company Focus Features.

Storyteller Distribution Co., LLC, doing business as Amblin Partners, LLC., is an American entertainment production company, which succeeded the live-action counterpart of DreamWorks and is led by Steven Spielberg. It develops and produces films under the Amblin Entertainment and DreamWorks Pictures banners, as well as television series through Amblin Television. The company's investment partners include Reliance Group's Reliance Entertainment, Hasbro's Entertainment One, Alibaba Group's Alibaba Pictures and NBCUniversal/Comcast's Universal Pictures. Films produced by Amblin Partners are primarily distributed by Universal in North America and select international territories and by third-party distributors through Mister Smith Entertainment in Europe, the Middle East and Africa.

Downton Abbey: A New Era is a 2022 historical drama film and the sequel to the 2019 film Downton Abbey. Both films were written by Julian Fellowes, the creator and writer of the television series of the same name, with the sequel being directed by Simon Curtis, replacing Michael Engler who directed the first film. Downton Abbey: A New Era was released in the United Kingdom on 29 April 2022 by Universal Pictures and was released in the United States on 20 May by Focus Features. Like the first film, it received generally positive reviews from critics.

Peter Kujawski is an American film studio executive who is the Chairman of Focus Features.