Savoy Pictures Entertainment, Inc. was an American independent motion picture company in operation from 1992 to 1997. Among Savoy Pictures' noteworthy feature films were A Bronx Tale , No Escape , Last of the Dogmen and Serial Mom .

Former Columbia Pictures Entertainment chairman and TriStar Pictures founder Victor A. Kaufman became chairman and chief executive officer of Savoy Pictures in 1992 along with vice chairman executive, Lewis J. Korman. Kaufman has claimed that the name came from the Savoy Special bat Robert Redford's character used in The Natural . [1] Savoy intended to finance and distribute films in the $12–25 million range, investing in up to $15 million per film. [2] In June of that year, Savoy entered into a deal with HBO for the home video, pay-TV, and pay-per-view rights to its films. [3]

Budgets for their films grew. However, with rather poor marketing, Savoy faced a major financial slump, only three years after being formed. For three years, Savoy then released box office failures including Exit to Eden and Getting Away with Murder . It also didn't help that two of its competitors in the independent film field, Miramax and New Line Cinema, were bought out by majors (The Walt Disney Company and Turner Broadcasting, respectively), giving them stability. As a result, Savoy focused on low-budget films and the occasional blockbuster, costing up to $80 million. [2] Executives hoped to lure Sylvester Stallone with a then-hefty $20 million paycheck to star in a studio project that was ultimately never made. [2]

In the meantime, Savoy expanded into broadcasting to help the investment of films. In March 1994, Savoy created SF Broadcasting as a venture with Fox Television Stations, with Kaufman and Korman owning controlling interest. [4] As a result of purchasing these stations, all of them would become affiliates of the Fox network. Stations owned by SF Broadcasting were WALA-TV in Mobile, Alabama, WLUK-TV in Green Bay, Wisconsin, WVUE in New Orleans, and KHON-TV in Honolulu, Hawaii. Savoy also launched a television production division. [5]

In January 1995, Kaufman announced that he was hiring Robert N. Fried to run the motion picture studio. Fried brought in executives Alan Sokol, Bob Levin, Cathy Schulman, Stan Brooks, Stan Wlodkowski and filmmakers Sam Raimi, and George Tillman, Rob Weiss and Peter Chelsom. In September 1995, Kaufman announced that he was cutting back on his interest in the motion picture business and was re-positioning the company as a television station holding company. [6]

Shortly thereafter, Savoy announced the sale of 14 films in its roster, in varying stages of production, to potential buyers. [7] New Line Cinema picked up Martin Lawrence's directorial debut A Thin Line Between Love and Hate , American History X , The Adventures of Pinocchio , Heaven's Prisoners , Faithful , and The Stupids . [8] [9] [10] Paramount Pictures picked up the rights to produce A Simple Plan . [11]

Savoy Pictures announced in November 1995 that Barry Diller's Silver King Communications was going to acquire Savoy for $210 million. [12] The deal was finalized in 1997. Victor Kaufman is now[ when? ] vice chairman and sits on the board of directors of IAC. The SF stations were sold to Diller's Silver King Broadcasting in 1997.

In 2006, the Savoy library was purchased by Universal Studios through Focus Features. 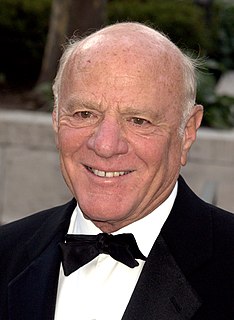 Barry Charles Diller is an American businessman. He is Chairman and Senior Executive of IAC/InterActiveCorp and Expedia Group and founded the Fox Broadcasting Company and USA Broadcasting. Diller was inducted into the Television Hall of Fame in 1994.

New World Pictures was an American independent production, distribution and multimedia company. It was founded in 1970 by Roger Corman as New World Pictures, Ltd.: a producer and distributor of motion pictures, eventually expanding into television production in 1984. New World eventually expanded into broadcasting with the acquisition of seven television stations in 1993, with the broadcasting unit expanding through additional purchases made during 1994.

Legendary Pictures Productions, LLC, doing business as Legendary Entertainment or simply Legendary, is a Chinese owned American film production and mass media company based in Burbank, California. The company was founded by Thomas Tull in 2000 and in 2005 concluded an agreement to co-produce and co-finance films with Warner Bros. and Universal Pictures. Since 2016, Legendary has been a subsidiary of the Chinese conglomerate Wanda Group.

DEN was a multimedia dot-com company founded in the late-1990s by Marc Collins-Rector and his partner, Chad Shackley. Rector and Shackley had sold their ISP, Concentric Network, and used the proceeds of that sale, along with additional investor funding, to launch DEN. In February 1999, Jim Ritts resigned as commissioner of the LPGA to become chairman of DEN.

The Sports Club/LA is a collection of large luxury health clubs located in Los Angeles, New York and major metropolitan cities across the United States.

Stephen B. Burke is an American businessman. He serves as the senior executive vice president of Comcast and chairman of NBCUniversal.

SF Broadcasting was an American media company that owned and operated four television stations; the company operated from its founding March 1994, four months before its purchased stations owned by Burnham Broadcasting, until its merger with Silver King Broadcasting in 1996.

Thomas Philip Pollock was an American film producer and studio executive. He started his career as an entertainment lawyer, before transitioning to a studio executive and film producer. He was the Chairman of the Board of Trustees of the American Film Institute, an Adjunct Professor of Film at the University of California, Santa Barbara, a trustee of the Los Angeles Music Center and a member of the California Bar Association. He was also co-owner of The Montecito Picture Company.

NetHold is a Pay TV company based in the Netherlands. As of 1997, the company merged with CANAL+ and is directed by Johann Rupert, chairman of Richemont.