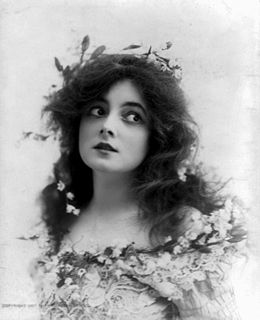 Botan Dōrō is a Japanese ghost story (kaidan) that is both romantic and horrific; it is one of the most famous kaidan in Japan. The plot involves sex with the dead and the consequences of loving a ghost.

Lost and Won is a 1917 American silent drama film directed by James Young. It is preserved at the Library of Congress.

Duchess Marie Gabrielle in Bavaria was the youngest daughter of Duke Karl Theodor in Bavaria and his second wife, Infanta Maria Josepha of Portugal. She married Prince Rupprecht of Bavaria in 1900 but died before he became Crown Prince. Through her second son Albrecht, Marie Gabrielle was the grandmother of the present Duke of Bavaria, Franz. 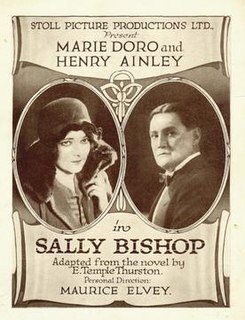 Mondo TV is an Italian production and distribution tv company. Founded by Orlando Corradi in 1985 and based in Rome, Mondo TV is a public company, quoted on the STAR segment of the Italian main stock exchange, Borsa Italiana, a part of the London Stock Exchange Group since 2007. 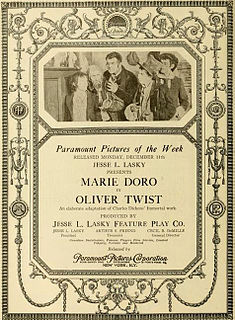 Diplomacy is a 1916 silent film drama produced by the Famous Players Film Company and distributed by Paramount Pictures. It is based on the 19th Century stage play Diplomacy by Victorien Sardou, which had enjoyed revivals and road shows for decades. This film stars Doro reprising her Broadway role. The film is now lost with just a fragment, 1 reel, remaining at the Library of Congress. 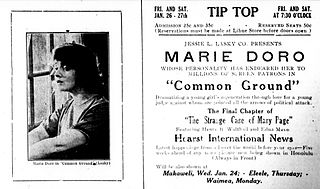 The Wood Nymph is a lost 1916 silent film whose story was written by D. W. Griffith as Granville Warwick, produced by his Fine Arts Film company, directed by Paul Powell and distributed by the Triangle Film Corporation. This film stars Marie Doro, a stage actress recently arrived in films, in a Gishian type of role and was expressly written for her by Griffith. 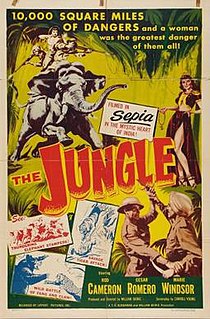 Orlando Corradi was an Italian film director, animator, and film distributor. He was the co-founder, president, CEO and CFO of Mondo TV.

To Skin a Spy is a 1966 French-Italian thriller film directed by Jacques Deray. The film details the journey of a French spy sent to Vienna to stop a security leak whose mission is re-directed when he comes into contact with international enemy agents.