Someone at the Door is a 1936 British drama film directed by Herbert Brenon and starring Aileen Marson, Billy Milton, Noah Beery, John Irwin and Edward Chapman. [3] A journalist comes up with a scheme to boost his career by inventing a fake murder but soon becomes embroiled in trouble when a real killing takes place. [4] It is based on a successful West End play by Campbell Christie and his wife Dorothy. [5]

When penniless Sally (Aileen Marson) inherits a decrepit country manor, formerly her childhood home, she moves in with her younger brother Ronald (Billy Milton). An ambitious young journalist, Ronald comes up with an outlandish scheme to get his first big story. He plans to hide Sally in the house, to fake her death, and then get himself arrested for her murder. When Sally suddenly reappears at his trial, it will prove his innocence, and leave Ronald to supply his paper with an exclusive story. However, the siblings uncover a real mystery when they become mixed up with jewel thieves, whose loot is hidden in their house.

The Radio Times preferred the film's 1950 remake, "although, in this case, that's not saying much, as the 1950 version of Campbell and Dorothy Christie's old theatrical chestnut wasn't very good either. Contrived only goes part way to describing this creaky thriller"; [6] while Infernal Cinema described the film as "a little like a game of Cluedo come to life," and appreciated, "A short yet entertaining thriller from the thirties," concluding, "Brenon is sometimes under appreciated in the history of cinema, Someone at the Door is a brisk reminder of his talent." [7] 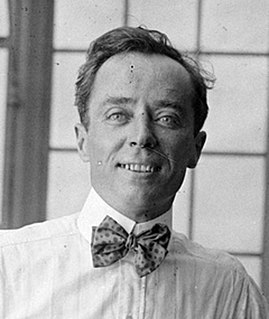 Bright Lights, later retitled Adventures in Africa, is a 1930 American pre-Code musical comedy film photographed entirely in Technicolor and produced and released by First National Pictures, a subsidiary of Warner Bros. It premiered in Los Angeles in July 1930 but was edited and rereleased in early 1931. 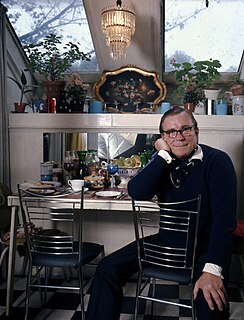 Billy Milton was a British stage, film and television actor. Born in Paddington, Middlesex,, as William Thomas Milton, he was the son of Harry Harman Milton (1880-1942), a commission agent, and his wife Hilda Eugenie Milton, née Jackson, (1878-1935).

Someone at the Door is a 1950 British crime comedy film directed by Francis Searle and starring Michael Medwin, Garry Marsh and Yvonne Owen.

Someone at the Door is a British comedy thriller play by Campbell Christie and Dorothy Christie which was first staged in 1935, and ran successfully at the Aldwych, New and Comedy theatres in London's West End. 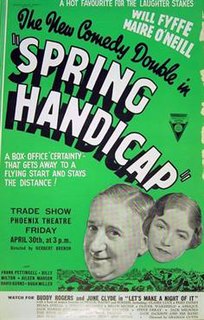 Aileen Marson was a British stage and film actress. Born in Egypt where her father was a consular official with the diplomatic service, she travelled extensively due to her father's job and spoke five languages including Arabic. She came to England with her family when she was 13. Winning a scholarship to the Royal Academy of Dramatic Art, she appeared in regional and West End plays,, and also starred in a number of leading roles in British films. She toured South Africa with Seymour Hicks where she met her husband, Jack Scott, a Johannesburg businessman, who she married in 1937. She died at the age of 26 in a London nursing home less than a day after giving birth to twins - a boy and a girl.

The Way of All Men is a 1930 American Pre-Code drama film directed by Frank Lloyd and starring Douglas Fairbanks Jr., Dorothy Revier and Noah Beery. It was produced and released by First National Pictures, a subsidiary of Warner Bros. The film was based on the story entitled "The Sin Flood", by Henning Berger and appeared as a silent in 1922 also directed by Frank Lloyd. In 1931, the studio remade the film in German as The Mask Falls. 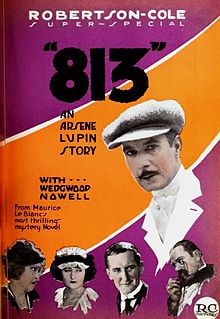 813 is a 1920 American mystery film directed by Charles Christie and Scott Sidney, written by Scott Darling from the 1910 story by Maurice Leblanc, produced by Al Christie, released by the Christie Film Company and the Robertson-Cole Pictures Corporation, and starring Wedgwood Nowell as jewel thief Arsene Lupin with a supporting cast featuring Ralph Lewis, Wallace Beery, and Laura La Plante.

Cockeyed Cavaliers is a 1934 American pre-Code comedy film starring the comedy duo of Wheeler & Woolsey. Directed by Mark Sandrich from a screenplay by Edward Kaufman, Grant Garrett, Ralph Spence and Ben Holmes. Also featured in the cast were Dorothy Lee and Thelma Todd.