A Kiss for Cinderella (film)

A Kiss for Cinderella is a 1925 silent fantasy taken from the stage play by James M. Barrie. The film stars Betty Bronson and Tom Moore and was made at Paramount's Astoria Studios in Astoria, Queens. The film is based on the 1916 play which starred stage actress Maude Adams in the Bronson role. [1] [2] [3] [4]

Herbert Brenon directed as he had directed the 1924 film version of Barrie's Peter Pan which also starred Bronson. Tom Moore had previously costarred in The Cinderella Man for Goldwyn in 1917 alongside Mae Marsh.

Surviving print of this film is preserved at the Museum of Modern Art, New York, George Eastman House and UCLA Film and TV as well as a foreign archive Cinematheque Royale de Belgique (Brussels). [5]

In London during World War One, a simple-minded slavey awaits her Fairy Godmother and her Prince Charming. 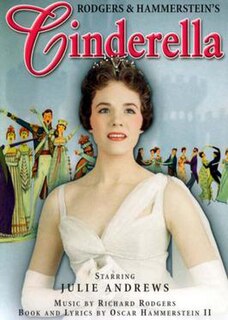 Rodgers and Hammerstein's Cinderella is a musical written for television, but later played on stage, with music by Richard Rodgers and a book and lyrics by Oscar Hammerstein II. It is based upon the fairy tale Cinderella, particularly the French version Cendrillon, ou la Petite Pantoufle de Verre, by Charles Perrault. The story concerns a young woman forced into a life of servitude by her cruel stepmother and self-centered stepsisters, who dreams of a better life. With the help of her Fairy Godmother, Cinderella is transformed into a Princess and finds her Prince.

Elizabeth Ada "Betty" Bronson was an American film and television actress who began her career during the silent film era.

Peter Pan is a 1924 American silent adventure film released by Paramount Pictures, the first film adaptation of the play by J. M. Barrie. It was directed by Herbert Brenon and starred Betty Bronson as Peter Pan, Ernest Torrence as Captain Hook, Mary Brian as Wendy, Virginia Browne Faire as Tinker Bell, and Anna May Wong as the Indian princess Tiger Lily.

Anna Christie is a 1923 American silent era drama film based on the 1921 play by Eugene O'Neill, starring Blanche Sweet and William Russell.

The Affairs of Anatol is a 1921 American silent comedy-drama film directed by Cecil B. DeMille, and starring Wallace Reid and Gloria Swanson. The film is based on the play Anatol (play) by Arthur Schnitzler. 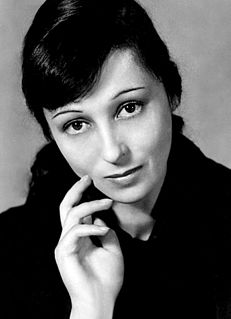 A Kiss for Cinderella is a play by J. M. Barrie. It was first produced in London at Wyndham's Theatre on March 16, 1916, starring Gerald du Maurier and Hilda Trevelyan, enjoying great success over 156 performances, and with several annual Christmastime revivals.

Stage Struck is a 1925 American silent comedy film starring Gloria Swanson, Lawrence Gray, Gertrude Astor, and Ford Sterling. The film was directed by Allan Dwan, and released by Paramount Pictures with the opening and ending sequences filmed in the early two-color Technicolor.

Icebound (1924) is a silent film drama produced and distributed by Paramount Pictures, directed by William C. deMille, and based on a 1923 Pulitzer Prize Broadway produced play of the same name by Owen Davis. This film production was made at Paramount's Astoria Studios. Actress Edna May Oliver returns to her role that she played in the Broadway version. 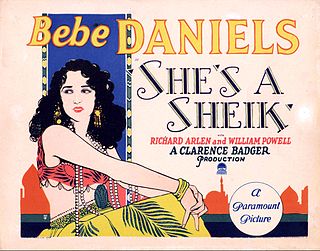 She's a Sheik is a 1927 American silent comedy adventure film produced and distributed by Paramount Pictures and starring Bebe Daniels. This film is possibly lost. Near the end of Bebe Daniels' life in 1971, the National Film Theatre, London, honored her with a screening of this film, but it is unclear what has happened to the print since her death. 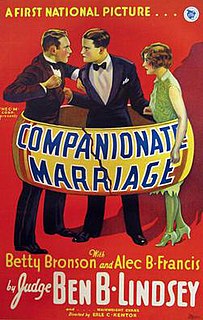 The Love Racket is a 1929 American early sound crime drama film produced and distributed by First National Pictures. It was directed by William A. Seiter and starred Dorothy Mackaill. It is based on a Broadway play, The Woman on the Jury by Bernard K. Burns, and is a remake of a 1924 silent film of the same name which starred Bessie Love. The film is now considered lost.

Paradise is a lost 1926 American silent escapist-romance film directed by Irvin Willat and released by First National Pictures. The film stars Milton Sills and Betty Bronson. Based on the popular novel Paradise by Cosmo Hamilton and John Russell, it was one of Sills' most successful films. 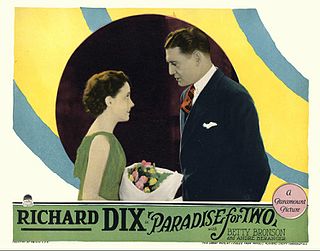 Paradise for Two is a lost 1927 American silent romantic comedy film produced by Famous Players-Lasky and distributed by Paramount Pictures. It was directed by Gregory La Cava and starred Richard Dix and Betty Bronson. Bronson had starred in a similar film over at First National Pictures the previous year called Paradise.