The Wrong Coast is a stop-motion adult animated television series. The series emulates a Hollywood gossip show with fake news and features, and includes many parodies on Hollywood movies, often utilizing the voices of real stars. It was produced by Blueprint Entertainment, Cuppa Coffee Studios and Curious Pictures, with stop-motion animation provided by Cuppa Coffee Studios. The theme song is performed by They Might Be Giants.

The series initially was to air for American audiences on AMC in December 2003, but never did.[ citation needed ] It began airing in Canada on The Movie Network in April 2004. Teletoon at Night has rebroadcast the original season in Canada since 19 August 2005. A French-dubbed version of the series, titled La Côte Ouest, aired in Canada on Télétoon la nuit. The series ended on 30 June 2004.

The full series has been released on DVD in Australia. [1]

The Wrong Coast aired for one season consisting of 13 episodes.

Debbie Sue hires an acting coach to help her land the part of a journalist in the new Tom Hanks movie. Jameson tries to get in on the action by showing off his comic dialects.

A young production assistant blackmails Jameson and Debbie Sue with a tape of their drunken behavior at the annual Christmas party. Jameson ignores the threat while Debbie Sue becomes paranoid about what she may have done.

Debbie Sue is determined to "connect" with Jameson after a bad review highlights their lack of teamwork. However, Jameson is distracted by the loss of his beloved pet ferret, Marty.

When the teleprompter breaks down, Debbie Sue and Jameson are forced to think for themselves. Jameson's attempt to ad-lib the news starts a rumor that Kevin Spacey is trying to kill Queen Latifah.

There is much chaos as a horde of man-eating tigers takes over the red carpet at the 76th Annual Big Gold Awards. Jameson and Debbie Sue show "live" footage of the attacks, while showing clips of the Best Picture nominees.

Your Stalker or Mine?

Debbie Sue brags that her new stalker is the ultimate celebrity status symbol, and when Jameson gets jealous, he attempts to attract his own stalker. While arguing over who is in the most danger, their stalkers become more interested in each other.

Jameson is shocked to find Debbie Sue on a list of Hollywood's richest people. His jealousy turns to ridicule, however, when she finally tells the source of her extra income, her work at a fortune telling hotline.

After Debbie Sue wins an Infy infotainment award, Jameson gets jealous and quits. But Debbie Sue goes on just fine without him, so Jameson tries to get his way back on the show.

After Jameson saves Debbie Sue from a falling stage light, she falls in love with him. But the romance quickly deteriorates into mind games, and it isn't long before the tears are flowing.

Jameson and Debbie Sue report from the Sundance Film Festival. Ti Hua overreacts to being stranded in a gondola with John Turturro, and Julie continually attempts to get into an A-list party.

Debbie Sue returns from "back surgery" with a huge appetite for painkillers. Jameson plans an intervention to get her off from her addiction by enlisting several B-listers who need screen time. Meanwhile, Ti Hua undergoes the ultimate makeover, but gets turned into a guinea pig.

Jameson and Debbie Sue are shocked to discover that the Wrong Coast studio is possessed by a demon. An attempt to exorcise the demon backfires, and Jameson gets stranded in Hell.

A Look Back at Yestermonth

A clip show showing a look back at the first season of The Wrong Coast. With Jameson stranded in Hell, Debbie Sue is happy that she is the only host left - until Julie Wyvern joins as co-host. A sip of champagne pushes Debbie Sue off the wagon, and Mack finally reveals his "face". 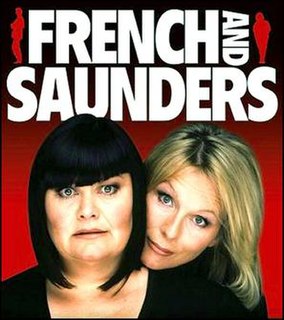 French and Saunders is a British sketch comedy television series written by and starring comedy duo and namesake Dawn French and Jennifer Saunders. It is also the name by which the performers are known on the occasions when they appear elsewhere as a double act. The show was originally broadcast on BBC Two from 1987 to 1993, and was given one of the highest budgets in BBC history to create detailed spoofs and satires of popular culture, movies, celebrities, and art. French and Saunders continued to film holiday specials for the BBC, and both have been individually successful starring in other shows.

Sealab 2021 is an American adult animated television series created by Adam Reed and Matt Thompson for Cartoon Network's late-night programming block, Adult Swim. Cartoon Network aired the show's first three episodes in December 2000 before the official inception of the Adult Swim block on September 2, 2001, with the final episode airing on April 24, 2005. Sealab 2021 is one of the four original Williams Street series that premiered in 2000 before Adult Swim officially launched, the others being Aqua Teen Hunger Force, The Brak Show and Harvey Birdman, Attorney at Law. 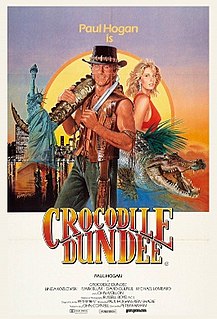 Crocodile Dundee is a 1986 action comedy film. It stars Paul Hogan as the weathered Mick Dundee, and American actress Linda Kozlowski as reporter Sue Charlton. Inspired by the true-life exploits of Rod Ansell or Arvids Blumentals, the film was made on a budget of under $10 million as a deliberate attempt to make a commercial Australian film that would appeal to a mainstream American audience, but proved to be a worldwide phenomenon.

Harvey Birdman, Attorney at Law is an American adult animated television sitcom created by Michael Ouweleen and Erik Richter for Cartoon Network's late-night programming block, Adult Swim. A spin-off of Space Ghost Coast to Coast, the series revolves around the activity of the Sebben & Sebben law firm, which is staffed mainly by superheroes and other characters who had originally been featured in past Hanna-Barbera cartoons, most notably Birdman and the Galaxy Trio.

The Critic is an American prime time adult animated sitcom revolving around the life of New York film critic Jay Sherman, voiced by actor Jon Lovitz. It was created by writing partners Al Jean and Mike Reiss, who had previously worked as writers and showrunners on The Simpsons. The Critic had 23 episodes produced, first broadcast on ABC in 1994, and finishing its original run on Fox in 1995. 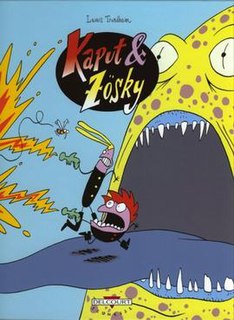 Kaput and Zösky: The Ultimate Obliterators is a 2002-2003 animated cartoon series based on the comic book series from the cartoonist Lewis Trondheim called Kaput et Zösky. 26 episodes were produced. 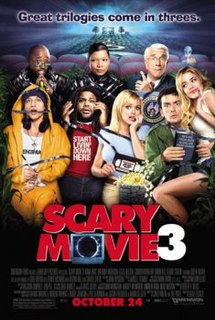 Scary Movie 3 is a 2003 American parody film which parodies the horror, sci-fi, and mystery genres. It is the sequel to Scary Movie 2 and is the third film in the Scary Movie film series, and the first to be directed by David Zucker.

Linda Kozlowski is an American former actress. She is best known for her role as Sue Charlton in the Crocodile Dundee film series (1986–2001), with the first installment earning her a Golden Globe Award nomination. 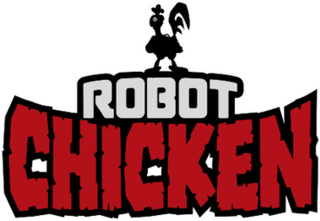 Debra Wilson, also known as Debra Wilson Skelton or Debra Skelton, is an American actress and comedian. She is known for being the longest-serving original cast member on the sketch comedy series Mad TV, having appeared on the show's first eight seasons from 1995 to 2003. As a voice actress, she has voiced various characters on television, including Ramaraffe on Mao Mao: Heroes of Pure Heart (2019–present), Grandma Shark on Baby Shark's Big Show! (2020–present), and Kira on Dogs in Space (2021–present). She has voiced multiple characters on series such as Black Dynamite (2012–2015), All Hail King Julien (2014–2016), and Spitting Image (2020–present). She also starred in the films The Summerland Project (2016) and Bodied (2017).

The Paul Hogan Show was a popular Australian comedy show which aired on Australian television from 1973 until 1984 for a total of 12 seasons. It made a star of Paul Hogan, who later appeared in Crocodile Dundee. Hogan's friend John Cornell also appeared in the show, playing Hogan's dim flatmate Strop. 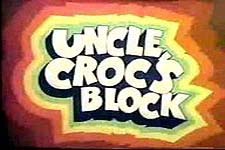 Uncle Croc's Block is an hour-long live-action/animated television series. It was produced by Filmation, and broadcast on ABC in 1975–76. 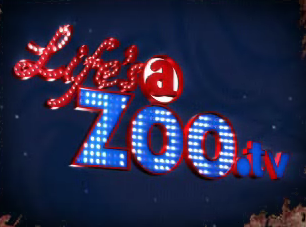 Life's a Zoo is a Canadian stop motion sitcom created by Adam Shaheen and Andrew Horne. It is directed by Alexander Gorelick. A co-production of Cuppa Coffee Studios and Teletoon, "Life's a Zoo.tv" was named Best Animated Program or Series at the 24th Annual Gemini Awards. It premiered on September 1, 2008, on Teletoon's late night programming block, Teletoon at Night. It premiered on Smosh's Cartoon YouTube channel, Shut Up! Cartoons on June 23, 2013. 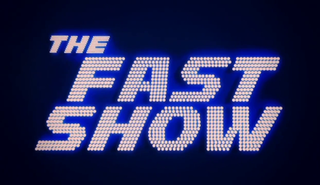 "Pilot" is the first episode of the first season of the U.S. animated TV show The Critic, a series created by The Simpsons writers Al Jean and Mike Reiss which ran for the 1994 season. The episode was animated by Film Roman, and aired on ABC.