Crashbox was one of the original programs for the relaunch of the HBO Family channel in February 1999. [1] [2] Although it has never been released on physical media like DVD or VHS, it still reruns on HBO Family and is found in various streaming services.

The show takes place in the insides of a game computer where green game cartridges (which are sculpted out of clay) are created and loaded by rusty tin robots- occasionally with short sketches of them "repairing" damaged games. The format of each episode is The Electric Company-esque, with sketches not connecting to each other nor following a sequential plot. Each half-hour episode consists of seven 2-to-5-minute educational games, and occasionally an eighth bonus game.

The following are the games of the show listed in alphabetical order:

Near the end of each episode, the robots recap and review most of the games to the viewers in a "Crashbox Rewind". Segments marked with an asterisk (*) do not appear in the second season.

The Electric Company is an American educational children's television series created by Paul Dooley and produced by the Children's Television Workshop (CTW) for PBS in the United States. PBS broadcast 780 episodes over the course of its six seasons from October 25, 1971, to April 15, 1977. After it ceased production in 1977, the program continued in reruns until October 4, 1985, as the result of a decision made in 1975 to produce two final seasons for perpetual use. The Workshop produced the show at Second Stage, located within the Reeves Teletape Studios (Teletape), in Manhattan, which had been the first home of Sesame Street. The series reran on Noggin, a channel co-founded by the CTW, from 1999 to 2002.

Concentration is an American television game show based on the children's memory game of the same name. Matching cards represented prizes that contestants could win. As matching pairs of cards were gradually removed from the board, it would slowly reveal elements of a rebus puzzle that contestants had to solve to win a match. 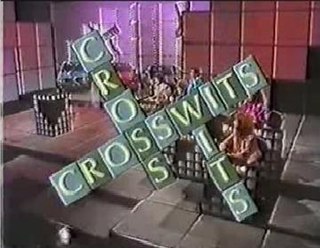 The Cross-Wits is an American syndicated game show which premiered on December 15, 1975, and lasted for five seasons until its cancellation on September 12, 1980. The show was hosted by Jack Clark, with Jerri Fiala as hostess. Announcing duties were handled by John Harlan, Jay Stewart, and Jerry Bishop. The show was produced by Ralph Edwards Productions and distributed by Metromedia Producers Corporation. 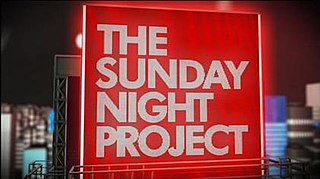 The Sunday Night Project is a former British comedy-variety show by Princess Productions that first aired on Channel 4 in February 2005 under the title The Friday Night Project. Originally broadcast on Friday nights, the show moved to Sunday nights for its seventh series in 2008.

Body Language is an American game show produced by Mark Goodson Productions. The show aired on CBS from June 4, 1984, until January 3, 1986, and was hosted by Tom Kennedy. Johnny Olson announced until his death in October 1985; Gene Wood and Bob Hilton shared the announcing duties afterward, and had substituted on occasion before that.

Wheel of Fortune is an Australian television game show produced by Grundy Television and Sony Pictures Television and CBS Studios International in 2008. The program aired on the Seven Network from 1981 to 2004 and January to July 2006, aired at 5:00pm from 1981 to 1989 and from 2004 to 2006 and at 5:30pm from 1989 to 2003, and is mostly based on the same general format as the original American version of the program. After Wheel of Fortune ended, the format was revived by the Nine Network in 2008 as Million Dollar Wheel of Fortune, until it was cancelled in June 2008 due to low ratings and following arguments from long-time host John Burgess concerning why he did not like the revamped format, which coincidentally was adopted in the United States later that year and has continued with the modified Australian format. The rights to the show are currently owned by Network Ten, which now owns the video and format rights through its parent company, CBS Studios International, which holds international rights as the American version is distributed by the company's broadcast syndication arm.

MAZE: Solve the World's Most Challenging Puzzle is a puzzle book written and illustrated by Christopher Manson. The book was originally published as part of a contest to win $10,000. 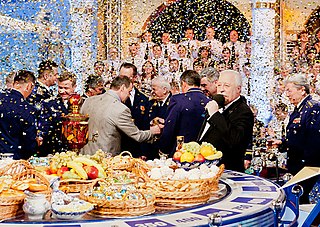 Pole Chudes is a Russian adaptation of the U.S. game show Wheel of Fortune produced by VID, provided with elements of Russian culture and hosted by Leonid Yakubovich. Current rating of the show suggests it is intended for ages 16 and above, unlike the American version which is suitable for all age groups.

Star Golden Bell (Korean: 스타골든벨) was a South Korean variety show broadcast on KBS. A popular show, it occasionally entered the Korean top 20 chart. The show consisted of mini-games, which have certain prize amounts. The winning celebrity is given the opportunity to ring the bell by correctly answering a riddle. If he or she is correct, the money is donated in the winner's name. All "winnings" go to a charity of KBS's choice; the last donation, in the amount of $110,000, was made on July 1, 2008. In addition to the main MC, Jun Hyun-moo (전현무), there were two additional hosts, Kim Je-dong (김제동) and Lee Chae-young (이채영), who were either in charge of administering games or were challengers competing against the celebrity contestants. Star featured 5 lines of 4 people each which had various celebrities from music, film, television, and musicals. The last line ("Bell") contains regularly appearing celebrities.

TV Slagalica or simply Slagalica is Serbia’s longest-running quiz show produced by RTS and airs on RTS1. It is based on Des chiffres et des lettres, a French game show. It first aired on 22 November 1993. at 7 pm. It consists of seven simple mind games. Contestants play for a spot in the quarter finals, semi finals and then the finals. Contestants win prizes as they progress. It has three female hosts: Marija Veljković, Kristina Radenković and Milica Gacin. After the end of each 10th series, winners of each of the previous 10 series', with an addition of 6 runner ups, play in the superfinal using the same system as a regular series. In the superfinal, there is also an additional game played.

Brain Battle was a Canadian interactive game show, which aired weekdays on Global. The show premiered on March 26, 2007 and aired a total of 356 episodes as of its series finale on August 4, 2008.

The Mint is an Australian phone-in quiz show based on the British program of the same name, and broadcast on the Nine Network in selected areas in the late night time slot (post-midnight).

There are two Philippine versions of Wheel of Fortune. The first was aired on ABC aired from November 19, 2001 to May 31, 2002. It was hosted by Rustom Padilla and Victoria London. The second and more recent one was a program that aired on ABS-CBN, with Kris Aquino as main host, while Zara Aldana and Jasmine Fitzgerald alternated as puzzle assistants for each puzzle. Aquino's version started on January 14, 2008. 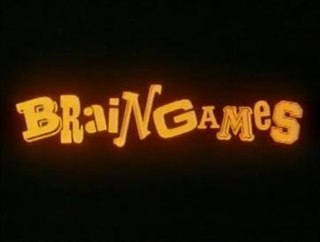 Braingames is an American educational program shown on HBO in the mid-1980s. It was a half-hour program consisting of brain-teasing animated skits designed to make the viewers think.

Family Game Night is an American television game show based on Hasbro's family of board games and EA's video game franchise of the same name. The show is hosted by Todd Newton. Burton Richardson announced for the first two seasons, until he was replaced by Stacey J. Aswad for the third season, and then Andrew Kishino beginning in the fourth season. The 60-minute program debuted on October 10, 2010, on The Hub, formerly Discovery Kids. The network would become Discovery Family on October 13, 2014; it was previewed on October 9, 2010, on its sister channel, TLC. Seasons 1 and 2 each contained 26(1) and 30(2) episodes. Seasons 3, 4 and 5 each contained 15 episodes. Season two premiered on Friday, September 2, 2011, and additional games were added. The games added to the second season included Cranium Brain Breaks, Green Scream, Ratuki Go-Round, Simon Flash, Operation Sam Dunk, Trouble Pop Quiz, and Spelling Bee. However, games from the previous season were still kept.

Hacker Time is a British children's sketch comedy talk show, broadcast by CBBC, starring Hacker T. Dog. In each episode, Hacker interviews a celebrity, and plays games and the show also includes recurring segments, such as sketches. Six series of the show were produced, which were aired from 2011 to 2016

Exit is an American game show on Syfy that premiered on June 4, 2013.