Agents of Chaos is an American documentary miniseries directed by Alex Gibney and Javier Alberto Botero, revolving around Russian interference in the 2016 United States elections. It premiered on September 23, 2020, on HBO. [1]

On Rotten Tomatoes, the series holds an approval rating of 81% based on 16 reviews, with an average rating of 7.91/10. [3] On Metacritic, the series has a weighted average score of 79 out of 100, based on 10 critics, indicating "generally favorable reviews". [4]

Veep is an American political satire comedy television series that aired on HBO from April 22, 2012, to May 12, 2019. The series was created by Armando Iannucci as an adaptation of his sitcom The Thick of It. The protagonist of Veep is Selina Meyer, a fictional Vice President of the United States. The series follows Meyer and her team as they attempt to make their mark and leave a legacy but often instead become mired in day-to-day political games. 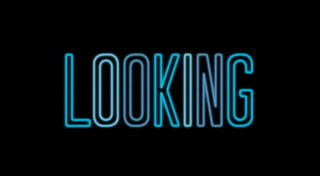 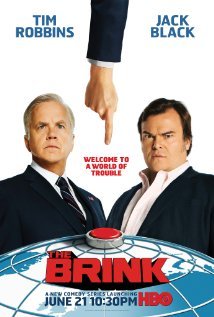 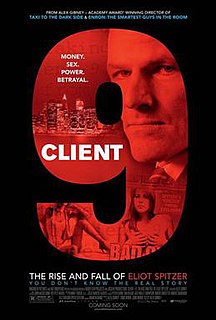 Client 9: The Rise and Fall of Eliot Spitzer is a documentary directed by Alex Gibney about former New York Governor Eliot Spitzer and the sex scandal that derailed his political career. It premiered at the 2010 Tribeca Film Festival on April 24, 2010; on iTunes and Magnolia On Demand on October 1, 2010; and in movie theaters in limited release on November 5, 2010. 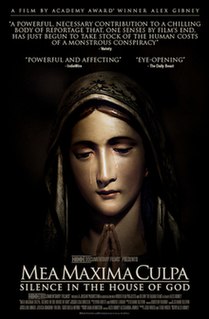 Mea Maxima Culpa: Silence in the House of God is a 2012 documentary film directed by Alex Gibney. The film details the first known protest against clerical sex abuse in the United States by four deaf men. It features the voices of actors Jamey Sheridan, Chris Cooper, Ethan Hawke and John Slattery, who provide the vocal translation of the deaf interviewees. 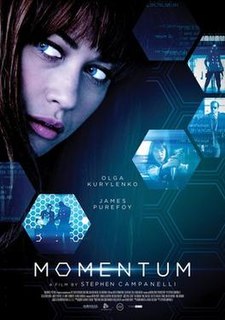 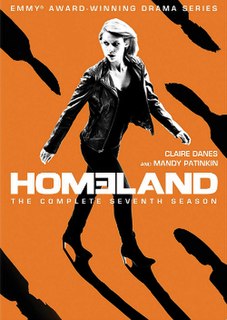 The seventh season of the American television drama series Homeland premiered on February 11, 2018, and concluded on April 29, 2018, on Showtime, consisting of 12 episodes. The series started as a loosely based variation of the two-season run of the Israeli television series Hatufim created by Gideon Raff and is developed for American television by Howard Gordon and Alex Gansa.

Dirty Money is a Netflix original television series which tells stories of corporate corruption, securities fraud, and creative accounting. All six one-hour long episodes began streaming on Netflix on January 26, 2018. The show's executive producers include Oscar-winning documentary filmmaker Alex Gibney. Each episode focuses on one example of corporate corruption and includes interviews with key players in each story. A second season of the show premiered on March 11, 2020.

Sinatra: All or Nothing at All is an American documentary film that premiered in two parts on April 5 and 6, 2015 on HBO. 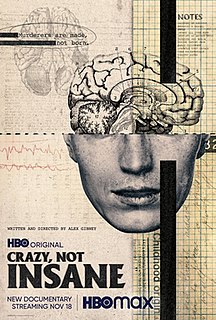 Crazy, Not Insane is a 2020 American documentary film directed and produced by Alex Gibney. It follows the research of psychiatrist Dr. Dorothy Otnow Lewis who studied the psychology of murders. It is narrated by Laura Dern.

Sneakerheads is an American comedy streaming television series created by Jay Longino that premiered on Netflix on September 25, 2020. 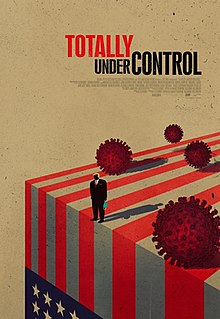 Totally Under Control is a 2020 American documentary film directed and produced by Alex Gibney, Ophelia Harutyunyan and Suzanne Hillinger, from a screenplay by Gibney. It follows the Trump administration's response to the COVID-19 pandemic in the United States, often comparing the American response to that of South Korea. It was released on October 13, 2020, by Neon.

Heaven's Gate: The Cult of Cults is an American documentary miniseries revolving around the religious group Heaven's Gate and its leader Marshall Applewhite. It consists of four episodes and premiered on December 3, 2020, on HBO Max.

The Crime of the Century is an American two-part documentary film, directed, produced, and written by Alex Gibney. The film follows the opioid epidemic in the United States, and the political operatives, government regulations and corporations that enable the abuse of opioids.