Any Given Wednesday with Bill Simmons

According to Nielsen live-plus-same-day data, through its first fifteen weeks, Any Given Wednesday averaged 203,667 live viewers per episode. [20] HBO announced that the show averaged a total of 2.4 million weekly views across all platforms during that same time period. [21]

Any Given Wednesday was met with negative to mixed reviews. [22] [23] [24] Review aggregation website Metacritic gives the show a 51 out of 100, indicating "mixed or average reviews." [25] As of September 2016, it held a 50% rating on Rotten Tomatoes. [26] Bill Simmons was quoted as saying "We loved making that show, but unfortunately it never resonated with audiences like we hoped. And that's on me." [27]

On November 4, 2016, the series was canceled by HBO. The final episode aired on November 9, 2016. [3] Bill Simmons also issued a statement regarding the cancellation acknowledging the failure of the series. [27] 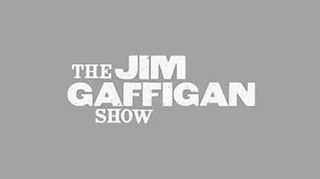 The Jim Gaffigan Show is an American sitcom written and executive produced by comedian Jim Gaffigan and his wife Jeannie Gaffigan. Gaffigan stars as a fictionalized version of himself as a stand-up comedian raising five children in a two-bedroom New York City apartment. An 11-episode first season debuted on July 15, 2015, on TV Land. On August 31, 2015, TV Land renewed the series for a 12-episode second season, which premiered on June 19, 2016. On August 22, 2016, Jim and Jeannie Gaffigan announced that the series would not be returning for a third season so they could spend more time with their kids.

The eighth and final season of the American animated comedy television series Regular Show, promoted as Regular Show in Space, created by J. G. Quintel, originally aired on Cartoon Network in the United States. The season ran from September 26, 2016 to January 16, 2017. 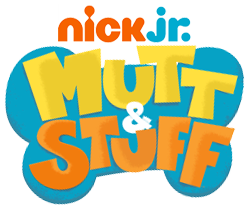 Mutt & Stuff is an American children's television series that aired on Nick Jr. The series premiered on March 6, 2015, with an hour-long pilot and began airing regularly on July 10, 2015. It was created by Sid and Marty Krofft and Bradley Zweig. It stars Calvin Millan, the son of the series' producer Cesar Millan.

After the Thrones is an American live television aftershow that premiered on April 25, 2016, and ended on June 28, 2016. It was hosted by Andy Greenwald and Chris Ryan who discussed episodes of the HBO television series Game of Thrones. The talk show was executive produced by Bill Simmons and Eric Weinberger. Greenwald and Ryan previously hosted a podcast version of the show titled Watch the Thrones on Simmons' Grantland website. A similar talk show called Thronecast aired on British channel Sky Atlantic, which also discussed episodes of Game of Thrones.

Ozzy & Jack's World Detour is an American reality television series starring Ozzy Osbourne and his son Jack Osbourne. The first season, consisting of 10 episodes, premiered on July 24, 2016, on History. A second season of 10 episodes began airing on A&E on November 8, 2017. On January 23, 2018, Jack revealed on his official Instagram page that the series had been picked up for a third season. The eight-episode third season premiered on A&E on June 13, 2018, with Jack's sister Kelly Osbourne joining the cast.

Legends of Chamberlain Heights is an American adult animated sitcom created by Brad Ableson, Mike Clements, Quinn Hawking, Josiah Johnson, and Michael Starrbury. The series aired on Comedy Central from September 14, 2016 to August 20, 2017. On October 7, 2017, the series was canceled after two seasons.

Little Women: Dallas is an American reality television series that debuted on November 2, 2016, on Lifetime. It is the fourth spin-off series of the Little Women: LA franchise. The series chronicles the lives of little women who are friends living in the city of Dallas, Texas.

50 Central is an American sketch comedy television series hosted by 50 Cent. The series premiered on BET on September 27, 2017.

South Side is an American comedy television series created by Bashir Salahuddin and Diallo Riddle. Filmed and set in the Englewood area of Chicago, it follows two friends who recently graduated from community college and are seeking business success while working at a rent-to-own shop. The show premiered on Comedy Central on July 24, 2019. In August 2019, the series was renewed for a 10-episode second season. The second season will move to HBO Max, making the series a "Max Original".