HBO Sports Bowling is the branding used for Professional Bowlers Association broadcasts on the HBO premium cable and satellite television network. Bowling [1] was one of HBO's earliest programs, [2] [3] back when it debuted in the early 1970s. HBO's first bowling telecast [4] was the Winston-Salem Open on June 10, 1973. About 21 PBA TV finals aired on HBO from June 1973 through July 1975. [5] 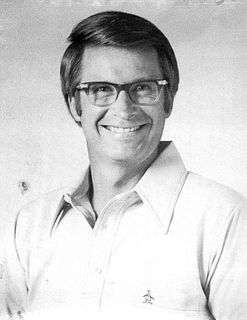 Earl Roderick Anthony was a left-handed American professional bowler who amassed records of 43 titles and six Player of the Year awards on the Professional Bowlers Association (PBA) Tour. For over two decades, his career title count was listed as 41. The count was amended to 43 in 2008, when the PBA chose to retroactively award PBA titles for ABC Masters championships if won by a PBA member at the time. He is widely credited for having increased bowling's popularity in the United States. He was the first bowler to earn over $100,000 in a season (1975), and the first to reach $1,000,000 in lifetime PBA earnings (1982). His ten professional major titles—six PBA National Championships, two Firestone Tournament of Champions titles, and two ABC Masters titles—are the second most all time, tied with Pete Weber and three behind Jason Belmonte. 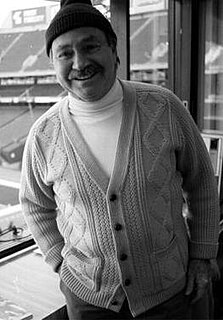 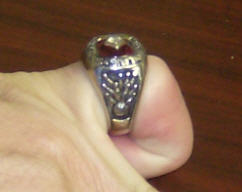 Chris Barnes is an American professional bowler and member of the Professional Bowlers Association (PBA), who currently competes on both the PBA Tour and PBA50 Tour. He has also competed internationally as a member of Team USA.

The PBA Tour is the major professional tour for ten-pin bowling, operated by the Professional Bowlers Association. Headquartered in Chicago, Illinois, over 3,000 members worldwide make up the PBA. While most of the PBA members are Regional professionals, a small percentage of the bowling membership competes at the national and international level, forming the PBA Tour. The Tour has been in continuous operation since the inaugural 1959 season.

Nelson "Bo" Burton Jr. is a professional ten-pin bowler, PBA Hall of Famer, and former longtime analyst for the Professional Bowlers Tour on ABC Television. He is the son of Nelson Burton, Sr., who himself was a successful bowler in his day, competing with the likes of Glenn Allison and Billy Welu. Bo compiled 18 titles on the PBA Tour, including two major championships, and earned $763,782 (USD).

Dave Ryan is a play-by-play announcer and reporter for CBS. He previously worked for ESPN., and began his start in broadcasting at UUTV, now called CitrusTV, the student-run TV studio at Syracuse University. He is also currently calling Major League Lacrosse for the CBS Sports Network. He previously called Rochester Rattlers games on ESPN3 with Evan Washburn. He is mostly known for calling PBA bowling events on the network alongside color analyst Randy Pedersen from 2002–2007.

The Professional Bowlers Association (PBA) is the major sanctioning body for the sport of professional ten-pin bowling in the United States. Headquartered in Chicago, Illinois, the PBA membership consists of over 3,000 members worldwide. Members include "pro shop" owners and workers, teaching professionals and bowlers who compete in the various events put on by the Association.

Bowling on NBC is a presentation of professional ten-pin bowling matches from the PBA Tour formerly produced by NBC Sports, the sports division of the NBC television network in the United States.

This is a recap of the 2010–11 season for the Professional Bowlers Association (PBA) Tour. It was the Tour's 52nd season and consisted of 12 title events.

The 2018 PBA Tour season, the 59th season of play of the U.S. Professional Bowlers Association's (PBA) ten-pin bowling tour, began on January 26, 2018. The season included 21 singles title events, two doubles title events, and a non-title team event. The 2018 season was used to mark the PBA's 60th year of operations, which included a 148-player PBA 60th Anniversary Classic in Indianapolis, and the unveiling of the Tour's top 60 moments.

PBA on Fox is the branding used for Professional Bowlers Association (PBA) broadcasts produced by Fox Sports and airing on the Fox broadcast network and Fox Sports 1 (FS1). On March 21, 2018, the PBA announced that Fox Sports signed a multi-year agreement to acquire the television rights to its events beginning in 2019 and running through at least 2022. Most events will be carried by FS1, but at least four events per season will air on the Fox broadcast network.

PBA on USA is a presentation of professional ten-pin bowling matches from the Professional Bowlers Association Tour formerly produced by the USA cable television in the United States from 1982 to 1984.

USA Sports was the sports division of the American cable television channel USA Network. USA Network has a longstanding history with sports, dating back to its existence as the Madison Square Garden Network. The 2007 Masters was also the final event for USA Sports, which was dissolved into parent NBC Sports after the tournament. All future sports telecasts on USA would use NBC's graphics and personalities.

PBA on ESPN is the branding used for Professional Bowlers Association broadcasts on the ESPN cable television network. ESPN's relationship with bowling began in 1985, when ESPN aired the 12 Summer Tour events. By 2001, ESPN would provide exclusive coverage of 20 regular-season events and four to six summer telecasts, all on Sundays or Tuesdays.

Bowling on Prime Network is the de facto name for ten-pin bowling events broadcast on the now defunct Prime Network. In particular, Prime Network televised tournaments from the Ladies Pro Bowlers Tour in 1993. The official name of the telecasts was The Bud Light LPBT Spring Tour. Leandra Riley (play-by-play) and Leila Wagner (analysis) provided the commentary.