K Street is a 2003 HBO television series about lobbyists and politicians in Washington, D.C. It was named for a street that is home to many lobbying and legal firms.

Each episode was largely improvised, usually focused around the major political news of the week. This required that the show be shot within days of its airdate in order to keep the episodes fresh.

K Street featured a fictional, bipartisan consulting firm led by husband and wife duo James Carville and Mary Matalin as themselves, as well as three fictional characters. The show featured cameos from numerous real-life political figures, some of whom were aware of the fictional plot, with others seemingly unaware. The show made a notable impact on the 2004 Democratic Primary when Carville gave Vermont Governor and presidential hopeful Howard Dean a line to use in a debate. Local appearances by the show's producer, George Clooney (director Steven Soderbergh was also involved in the project), caused considerable stir with frequent mentions in the "Style" section of The Washington Post .[ citation needed ]

The show was quite popular in the Washington, D.C. area but failed to find a broader audience. On November 24, 2003, HBO declined to renew it after the initial 10 episodes.[ citation needed ]

In her review for The New York Times , Alessandra Stanley wrote, "Much has been written about the growing resemblance between Hollywood and Washington. As seen from K Street, Foggy Bottom is just another La Brea Tar Pit, where dinosaurs from past campaigns continually surface to be restored and preserved". [1] In his review for the Washington Post , Tom Shales wrote, "K Street is highly unlikely to become a national sensation, but in big cities of the East it ought to be quite the conversation piece—for a little while anyway. In a sense, the show comes off like a marvelous party, but one to which many of us are bound to feel profoundly uninvited". [2] Variety magazine's Phil Gallo wrote, "Director Steven Soderbergh uses a guerilla style of filmmaking to capture behind-the-scenes players with a fervent urgency; if K Street holds its course, it could serve as a primer in understanding modern-day politics". [3] In his review for The New York Daily News , David Bianculli wrote, "Its starkness—no music, no opening credits and no identification of the show's real and imagined players until the end—is a stylistic choice, but an unsatisfying one". [4] In his review for The New York Post , Adam Buckman wrote, "I didn't quite believe my eyes when I watched K Street, but like a UFO, I'm eager for a second look". [5] USA Today gave the show one-and-a-half stars out of four and wrote, "sitting through K Street was like watching a group of show-off kids hanging around amusing each other when they should be working. You'd think these people would have better things to do with their time, particularly the ones who are drawing a salary from the public treasury. Taxpayers and HBO subscribers should demand better for their money". [6] 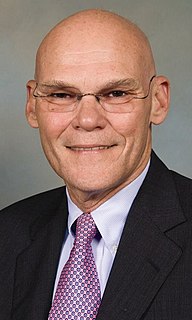 Chester James Carville Jr. is an American political consultant and author who has strategized for candidates for public office in the United States, and in 23 nations abroad. A Democrat, he is also a media personality with expertise in U.S. elections who continues to appear frequently on cable news programs, in podcasts, and in his public speeches. 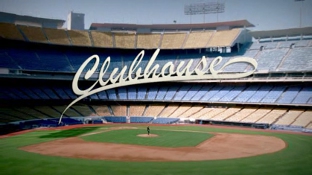 "Mr. Monk and the Candidate" is the two-part pilot episode of the American comedy-drama detective television series Monk. It introduces the character of Adrian Monk, a private detective with obsessive–compulsive disorder and multiple phobias, and his assistant Sharona Fleming, as well as police officers Leland Stottlemeyer and Randy Disher. In this episode, Monk investigates an assassination attempt on a mayoral candidate.

Out of Practice is an American sitcom television series that was produced by Paramount Television and originally broadcast on sister company CBS from September 19, 2005, to March 29, 2006. With producers Joe Keenan and Christopher Lloyd at the helm, the show was about a family of five doctors who had little in common and usually did not get along. CBS officially cancelled it on May 17, 2006, at its upfront presentation.

The Mind of the Married Man was a television series that ran on the HBO network for two seasons consisting of twenty episodes between September 2001 and November 2002. The story focused on the challenges of modern-day married life from a male perspective.

Sex, Love & Secrets is an American soap opera, created by Michael Gans and Richard Register, which originally aired on United Paramount Network (UPN) from September 27, 2005, to October 18, 2005. With an ensemble cast led by Denise Richards, James Stevenson, Lauren German, Eric Balfour, Tamara Taylor, Lucas Bryant, and Omar Benson Miller, the series focuses on rich young adults living in Silver Lake, Los Angeles and their secrets involving sex and love. With the prominent use of voice-over narrations, the show took a documentary approach to framing the characters and their storylines. The series was developed as a vehicle and television debut for Richards, and had the working titles Wildlife and Sex, Lies, and Secrets. The episodes were filmed in Los Angeles. 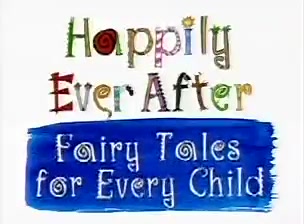 Happily Ever After: Fairy Tales for Every Child is an American anthology animated television series that premiered on March 12, 1995 on HBO. Narrated by Robert Guillaume, the series aired 39 episodes from 1995 to 2000. As of July 2021, reruns continue to air on HBO Family and HBO Max.

The Evidence is an American police procedural drama that aired on ABC from March 22 to July 1, 2006. The series starred Orlando Jones, Rob Estes, Anita Briem and Martin Landau.

J. D.Williams is an American actor known for his starring roles in the HBO television programs Oz as Kenny Wangler, The Wire as Bodie Broadus and Pootie Tang as Froggy, Surviving Family (2012) as Bobby, The Good Wife (2010-2015) as Dexter, and in the main cast of Saints & Sinners. He also starred in Blood Brother (2018) as Kayvon.

"Pilot", also known as "Everybody Lies," is the first episode of the medical drama House. The episode premiered on the Fox network on November 16, 2004. It introduces the character of Dr. Gregory House —a maverick antisocial doctor—and his team of diagnosticians at the fictional Princeton-Plainsboro Teaching Hospital in New Jersey. The episode features House's attempts to diagnose a kindergarten teacher after she collapses in class. 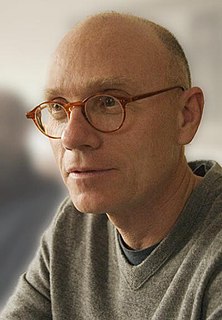 Jean de Segonzac is an American director, screenwriter and cinematographer who has worked in documentaries and television programs. Most of his work has been in gritty, cinéma vérité-style law enforcement TV dramas. 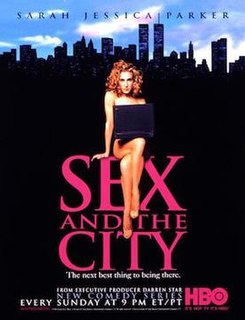 The first season of Sex and the City, an American television romantic comedy-drama, aired in the United States on HBO from June 6 to August 23, 1998. Based on the eponymous book written by Candace Bushnell, the series was created by Darren Star and produced by Darren Star Productions, HBO Original Programming, and Warner Bros. Television. Star, Barry Josen and Michael Patrick King served as the series' executive producers. The show follows the relationships and sexual escapades of Carrie Bradshaw, a sex columnist for the fictional New York Star, and her friends Samantha Jones, Charlotte York and Miranda Hobbes. 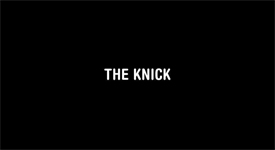 The Knick is an American television drama series on Cinemax created by Jack Amiel and Michael Begler and directed by Steven Soderbergh. The series follows Dr. John W. Thackery and the staff at a fictionalized version of the Knickerbocker Hospital in New York during the early twentieth century. Amiel and Begler write the majority of the episodes and are executive producers. Owen, Soderbergh, Gregory Jacobs, and Michael Sugar are also executive producers. Steven Katz is the supervising producer and also writer, Michael Polaire is the producer and David Kirchner is the associate producer. 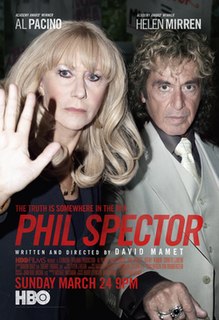 Phil Spector is a 2013 American biographical drama television film written and directed by David Mamet. The film is based on the murder trials of record producer, songwriter and musician Phil Spector and premiered on HBO on March 24, 2013. It stars Al Pacino as Phil Spector, Helen Mirren as defense attorney Linda Kenney Baden, and Jeffrey Tambor as defense attorney Bruce Cutler. It focuses primarily on the relationship between Spector and Linda Kenney Baden, his defense attorney in 2007 during the first of his two murder trials for the 2003 death of Lana Clarkson in his California mansion, and is billed as "an exploration of the client–attorney relationship" between Spector and Kenney Baden.

Mosaic is a 2017 murder mystery by Steven Soderbergh, producer Casey Silver, and writer Ed Solomon, published via HBO. It was released in two forms: as an iOS/Android mobile app and as a 2018 television drama. The app works like an interactive film; while the user cannot affect the plot, they can choose from which perspective the same plot is viewed, and learn different facets of it. Users can also investigate on their own time background documents, emails, news clippings, voice mails, police reports, and the like in a "Discoveries" option.