Mosaic is a 2017 murder mystery by Steven Soderbergh, producer Casey Silver, and writer Ed Solomon, published via HBO. It was released in two forms: as an iOS/Android mobile app and as a 2018 television drama. The app works like an interactive film; while the user cannot affect the plot, they can choose from which perspective the same plot is viewed, and learn different facets of it. Users can also investigate on their own time background documents, emails, news clippings, voice mails, police reports, and the like in a "Discoveries" option.

HBO released Mosaic as a six-episode television series in January 2018. The television series contains largely the same content as the app, but without the interactivity or the ability to research documents, and is slightly shorter.

Mosaic begins in a flashback to four years before the main events of the story. Eric Neill is attempting to seduce and defraud children's author Olivia Lake at the behest of some of his associates. In the present, Eric is in prison for Olivia's murder; Petra, Eric's sister, and others reopen the investigation into the events four years prior.

Writer Ed Solomon said that he tried to build the themes of Mosaic's structure into the narrative; he wrote "Every villain is the hero of their own story. This forced me to think of every character as being worthy of their own movie." [1] Olivia's most famous book, in-setting, is supposed to be read both as a story of a hunter trying to protect his family from a bear as well as the story of a bear trying to protect his cubs from a hunter. [2] The multiple viewpoints are intended to allow the user to understand all the sides.

The footage for Mosaic was largely filmed in Park City, Utah. [3] The style and nature of the work meant that there was fairly little post-processing or special effects, and Soderbergh did not use many "takes", preferring to aim for a less rehearsed and more naturalistic feel. [4]

In the Mosaic app, all playthroughs start with the same introduction. After the prologue is watched, users can continue as either Joel or Eric; after that, the story branches further, allowing users to view from multiple character's perspectives. Notifications of additional content sometimes pop up, similar to app push notifications; they offer the ability to see a flashback, flash forward, or related document. [5] [6] The creators compared the "Discoveries" to the ability to turn to a glossary, map, or appendix in fantasy novels. [1]

If all of the content is combined, Mosaic is said to be approximately seven and a half hours to watch and consume. It straddles the line between a television show and a video game. [6] While the user can choose which of two perspectives to follow at various branch points, they are not "controlling" the characters, and the truth behind the murder is always the same. [6]

At some point in 2019, both the app and the website were decommissioned and removed from app stores. [8]

TechCrunch praised the app's technical capabilities, saying it was intuitive and responsive. [1] Sam Eichner of UrbanDaddy complimented the "sleek and intuitive" app as well as limiting repetition while still being understandable if the clips are watched in an unusual order, but felt that the different perspectives ultimately weren't different enough. [2] Inkoo Kang of Slate was disappointed in the app, saying that she would likely have preferred the television cut and preferred tighter directorial vision over the freedom to accidentally miss important elements of the plot. [16] Randall Colburn of The Guardian felt similarly; he compared Mosaic to large, sprawling games such as The Elder Scrolls series that don't force the player to go any one direction, but contain tons of side material. Colburn, while not directly criticizing the app as bad, felt that a tighter narrative focused on a good story would have been an improvement over the ability to freeform explore. [17]

The television miniseries received positive reviews. On Metacritic, the series received a score of 73 out of 100 based on 19 reviews, indicating "generally favorable reviews". [18] On Rotten Tomatoes, it has an approval rating of 85% with an average rating of 7.86 out of 10 based on 27 reviews. The site's critical consensus reads, "Mosaic has enough moving parts – and fine performances – to deliver a gratifying murder-mystery plot, though its jumbled structure and heavy-handed narrative may still leave viewers slightly wanting." [19] Stone received critical acclaim for her performance. Rob Sheffield of Rolling Stone called Mosaic "Sharon Stone's best role in ages" and praised the show for keeping the feeling of the viewer being a detective attempting to puzzle out the truth based on a multitude of accounts. [20] Variety praised Weller's performance as Eric and called Mosaic a solid mystery-thriller. [3] The A.V. Club praised the series as one of the best of 2018 and compared it to "a particularly good Robert Altman film" in how it covered the side characters with as much interest as the hunt for the killer. [21] New York magazine was more reserved in its praise, saying that while the show was intriguing, it was not until the third episode of the television series that it began to really work, and required patience on the part of the viewer. [22]

As of 2017, Soderbergh had two more unnamed interactive storytelling projects under development based on the same platform created for Mosaic, [5] but as of 2020, there has been no further information on the status of these projects. 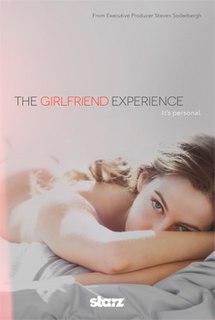 The Girlfriend Experience is an American anthology drama television series created, written, and directed by Lodge Kerrigan and Amy Seimetz that is broadcast on the premium cable network Starz. The first season stars Riley Keough as Christine Reade, a law student intern who also works as a high-end escort. Executive produced by Steven Soderbergh, it is based on the 2009 film of the same name. A 13-episode first season premiered on April 10, 2016, and all episodes were made available on Starz On Demand.

Falling Water is an American supernatural drama television series. A commercial-free advance preview of the pilot aired on September 21, 2016 ahead of its October 13, 2016 premiere. On April 3, 2017 USA Network renewed the series for a second season, with Rémi Aubuchon replacing Blake Masters as the showrunner. On May 18, 2018, USA announced they had cancelled the series.

Six is an American military drama television series. The series was ordered by the History channel with an eight-episode initial order. The first two episodes were directed by Lesli Linka Glatter. Six premiered on January 18, 2017. 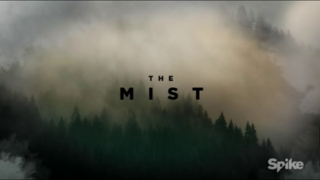 The Mist is an American science fiction-horror thriller television series developed by Christian Torpe. It is based on the 1980 horror novella of the same name by author Stephen King. The series aired for one 10-episode season on Spike from June 22 to August 24, 2017. On September 27, 2017, Spike cancelled the series.

Ransom is an internationally co-produced drama television series created by David Vainola and produced by Frank Spotnitz, starring Luke Roberts, that began airing on CBS. Ordered straight-to-series with 13 episodes on June 6, 2016, the series is a co-production between Canada's Global, France's TF1, the United States' CBS, and Germany's RTL, while the latter is airing the series on its sister network VOX. The series premiered on Global and CBS on January 1, 2017. 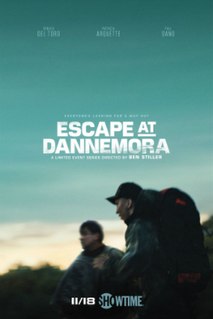 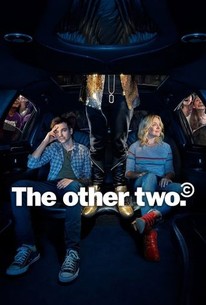 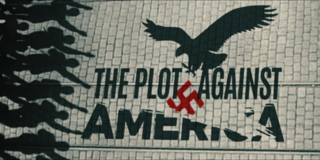 The Plot Against America is an American alternate history drama television miniseries created and written by David Simon and Ed Burns, based on the 2004 novel of the same name by Philip Roth, that aired on HBO from March 16, 2020 to April 20, 2020.