The Brink is an American television comedy created by brothers Roberto Benabib and Kim Benabib. [1] It focuses on a geopolitical crisis in Pakistan. Before cancellation, the show was conceived so that each season would follow a different crisis somewhere in the world involving the same main characters. The pilot episode was written by the Benabib brothers and directed by Jay Roach. [1]

The series premiered on June 21, 2015 on the American cable television network HBO. [2] The Brink was initially renewed for a second season while the first season was still airing. [3] HBO later reversed its order and cancelled the series after just one season. [4]

The Brink received mixed reviews from critics. Rotten Tomatoes gave the first season a rating of 53%, based on 36 reviews, with an average rating of 5.7/10. The site's critical consensus reads, "The Brink avoids disaster thanks to the game efforts of a talented cast, but they - and viewers - deserve political satire with a sharper bite." [20] Metacritic gives the first season a score of 52 out of 100, based on reviews from 30 critics, indicating "mixed or average reviews". [21]

IGN reviewer Amber Dowling gave the entire first season an 8.0 out of 10 'Great' score, saying that "after a rough first couple of episodes the actors settled into their characters and viewers grew more comfortable with the tone. Quick and surprising plot twists coupled with strong on-screen pairings eventually resulted in a fun summer romp with plenty of potential." [22]

Basketball Wives LA is an American reality television series that premiered on August 29, 2011 on VH1. It is the Los Angeles-based spin-off of Basketball Wives. The show follows the lives of a group of women who have all been somehow romantically linked to professional basketball players. On March 27, 2017, VH1 announced the series would be retitled to the original series, Basketball Wives, now that the cast of the original series and spin-off have converged, and returned with its sixth season that premiered on April 17, 2017. 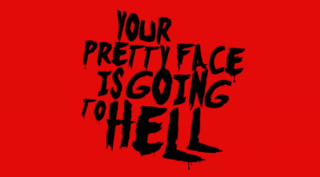 Your Pretty Face Is Going to Hell is an American live-action television series on Adult Swim, Cartoon Network's late night programming block. The series made its official debut on April 18, 2013, on Adult Swim. The show is a live-action workplace comedy about Gary, an associate demon, as he attempts to capture souls on earth in order to climb the corporate ladder of the underworld. Gary hopes to advance in Hell, but he may be too stupid, lazy and kind-hearted to realize his dreams of promotion.

The second season of the animated television series Rick and Morty originally aired on Cartoon Network's late night programming block Adult Swim in the United States on July 26, 2015 with "A Rickle in Time", and concluded on October 4 with "The Wedding Squanchers". This season aired a total of ten episodes. 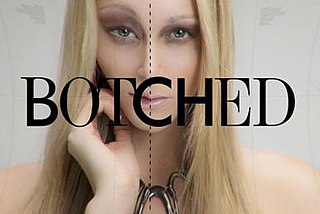 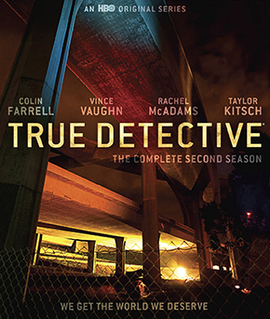 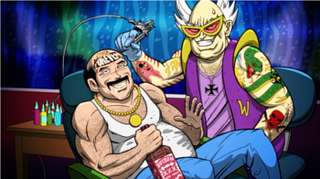 Aqua Teen Hunger Force Forever is the alternative title given to the eleventh and final season of the animated television series, Aqua Teen Hunger Force. It aired in the United States on Cartoon Network's late night programming block, Adult Swim. It premiered on June 21, 2015, with "Mouth Quest" and ended with "The Greatest Story Ever Told" on August 30, 2015, with a total of nine episodes. The show is about the surreal adventures and antics of three anthropomorphic fast food items: Master Shake, Frylock, and Meatwad, who live together as roommates and frequently interact with their human next-door neighbor, Carl Brutananadilewski. In late January 2016, this season became available on Hulu Plus.

I Am Cait is an American television documentary series which chronicles the life of Caitlyn Jenner after her gender transition. The eight-part one-hour documentary series debuted on July 26, 2015, on the E! network. The series focuses on the "new normal" for Jenner, exploring changes to her relationships with her family and friends. The show additionally explores how Jenner adjusts to what she sees as her job as a role model for the transgender community.

Naked and Afraid XL is an American reality television series that premiered on the Discovery Channel in 2015. 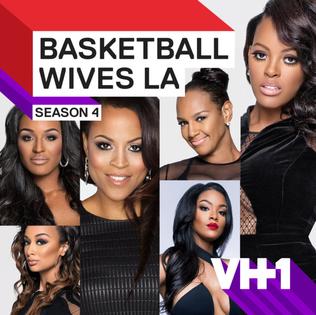 The fourth season of the reality television series Basketball Wives LA aired on VH1 from July 12, 2015 until October 11, 2015. It follows the lives of a group of women who have all been somehow romantically linked to professional basketball players.