Animated Tales of the World

Animated Tales of the World [3] is a 2001 animated series that aired on HBO and S4C. It was produced by Christmas Films for S4C and Channel 4. [4]

It won two Primetime Emmy Awards in 2001, for Outstanding Individual Achievement in Animation and Outstanding Voice-Over Performance for Peter Macon. [30] 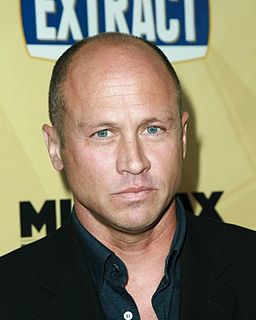 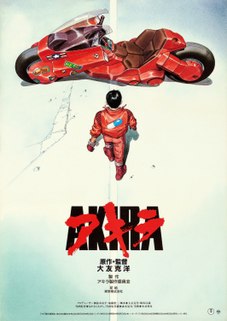 Akira is a 1988 Japanese animated post-apocalyptic cyberpunk action film directed by Katsuhiro Otomo, produced by Ryōhei Suzuki and Shunzō Katō, and written by Otomo and Izo Hashimoto, based on Otomo's 1982 manga of the same name. The film had a production budget of ¥700 million , making it the most expensive anime film at the time.

Jemaine Atea Mahana Clement is a New Zealand actor, musician, comedian, singer, director and writer. With Bret McKenzie, as the Grammy Award-winning comedy duo Flight of the Conchords, he has released several albums and created comedy series for both the BBC and HBO. For the comedy series, he received six Primetime Emmy nominations. 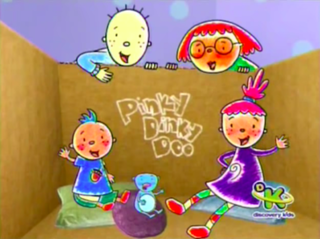 Pinky Dinky Doo is an American animated children's television series created by Jim Jinkins. It was produced and co-owned by Jinkins' Cartoon Pizza and Sesame Workshop. The series was made in association with Discovery Kids Latin America, and CBC Canada. For the second season, Abrams Gentile Entertainment, and the Canadian studio Keyframe Digital Productions joined as production companies. Each episode follows an imaginative pink-haired girl named Pinky Dinky Doo as she makes up her own stories.

Toonturama is an American children's programming block that airs on the Spanish-language television network UniMás which debuted on January 15, 2002. The three-hour block—which airs Saturday and Sunday mornings from 8 to 11 a.m. ET/PT—features live action and animated series aimed at children between the ages of 2 and 14.

Shrek is a 2001 American computer-animated comedy film loosely based on the 1990 fairy tale picture book of the same name by William Steig. Directed by Andrew Adamson and Vicky Jenson in their directorial debuts, it stars Mike Myers, Eddie Murphy, Cameron Diaz, and John Lithgow as the voices of the lead characters. The film parodies other fairy tale adaptations, primarily aimed at animated Disney films. In the story, an ogre called Shrek (Myers) finds his swamp overrun by fairy tale creatures who have been banished by the corrupt Lord Farquaad (Lithgow) aspiring to be king. Shrek makes a deal with Farquaad to regain control of his swamp in return for rescuing Princess Fiona (Diaz), whom Farquaad intends to marry. With the help of Donkey (Murphy), Shrek embarks on his quest but soon falls in love with the princess, who is hiding a secret that will change his life forever. 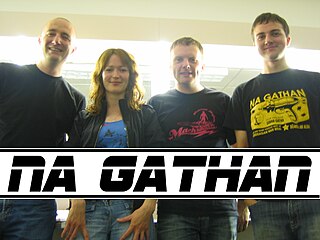 Na Gathan is a Scottish Gaelic Indie rock band from the Isle of Skye.

Ùr-sgeul was an independent publisher of new Scottish Gaelic prose. The name Ùr-sgeul is a Gaelic word which translates variously as: a romance, a novel or a recent tale.

Calon is the trading name of Mount Stuart Media Ltd., a British animation television production company based in Cardiff, which primarily produced animation series in Welsh for S4C. The company was formerly known as Siriol Animation and Siriol Productions.

CLÀR is a Scottish Gaelic publisher. Established in 1996, the company is run on a voluntary, independent basis and based in Inverness, Scotland. It is the publisher for the Ùr-sgeul project, specialising in new Gaelic fiction.

The Adventures of Tenali Rama is an Indian animated television series that premiered on Cartoon Network on 14 June 2003. It was based on one of the most popular and best-loved characters of Indian folklore. It was produced by Toonz Animation Studios, Trivandrum. Promoted with the tagline "Get Ready for the Rama Effect", the series aired every Saturday and Sunday on Cartoon Network in India.

Cartoonito is a brand name used by AT&T's WarnerMedia for a collection of television networks and programming blocks that target preschool-age children. 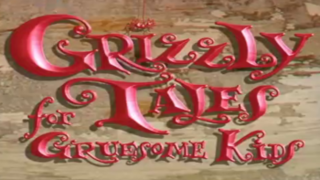 Grizzly Tales for Gruesome Kids is a British animated television series based on the generic trademarked children's book series of the same name by Jamie Rix. After the first three books were published from 1990 to 1996, Carlton Television adapted the short stories into ten-minute cartoons for ITV, produced by themselves, Honeycomb Animation, and Rix's production company, Elephant Productions. It aired on CITV between January 2000 and October 2006 with six series and 78 episodes, as well as a New Year's Eve special that was over 20 minutes longer than other episodes. The series returned in a new format for Nicktoons with 26 episodes split into two series under the name Grizzly Tales, which aired between May 2011 and November 2012.

Magnet was an children's programming block aimed to tweens and preteens that aired on HBO Family. It first aired on August 26, 2001 alongside Jam, a block made for preschoolers. Until 2004, the block aired on afternoons and evenings at 5pm to 7pm every day.