TVP1 (TVP Jeden, Program I Telewizji Polskiej, "Jedynka") is the main public television channel of TVP (Telewizja Polska S.A.), Poland's national broadcaster. It was the first Polish channel to be broadcast and remains one of the most popular today. TVP1 was launched 23 January 1953. 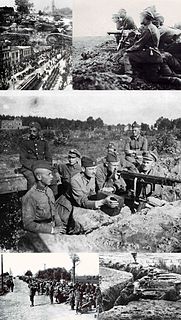 The Polish–Soviet War was fought by the Second Polish Republic and Soviet Russia in the aftermath of World War I, on territories formerly held by the Russian Empire and the Austro-Hungarian Empire. In newly independent Poland, leading politicians of different orientations pursued the general expectation of restoring the pre-1772 borders. Motivated by that idea, Polish Chief of State Józef Piłsudski aimed to expand Poland's eastern frontiers to the east and began moving troops in that direction.

The Polish People's Republic was a country in Central Europe that existed from 1947 to 1989 and the predecessor of the modern Republic of Poland. With a population of approximately 37.9 million near the end of its existence, it was the second most-populous communist and Eastern Bloc country in Europe. Having a unitary Marxist–Leninist government imposed following World War II, it was also one of the main signatories of the Warsaw Pact alliance. The largest city and official capital since 1947 was Warsaw, followed by the industrial city of Łódź and cultural city of Kraków. The country was bordered by the Baltic Sea to the north, the Soviet Union to the east, Czechoslovakia to the south, and East Germany to the west.

Wanda Rutkiewicz was a Polish mountain climber and computer engineer. She was the first woman to reach the summit of K2 and the third woman to climb Mount Everest. 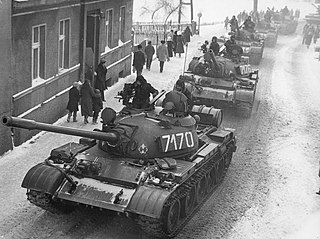 Martial law in Poland refers to the period between the 13th December 1981 and the 22nd July 1983, when the government of the Polish People's Republic drastically restricted everyday life by introducing martial law and a military junta in an attempt to counter political opposition, in particular the Solidarity Movement. Thousands of opposition activists were imprisoned without charge, and as many as 91 killed. Although martial law was lifted in 1983, many political prisoners were not released until a general amnesty in 1986.

Jerzy Owsiak, is a Polish journalist and social campaigner. He is a founder of the Great Orchestra of Christmas Charity, one of the largest non-governmental, non-profit, charity organizations in Poland. Owsiak is the main initiator and promoter for the group's Grand Finale, an annual worldwide festival involving music and other components intended to raise money for the medical care of children as well as the elderly suffering from various medical conditions. He is also the creator of Pol'and'Rock Festival, formerly known as Przystanek Woodstock, a large rock music festival that takes place in Kostrzyn nad Odrą, to thank all the volunteers and supporters who take part in the Grand Finale each year.

TVP 2 is a Polish public mainstream TV channel operated by TVP. Its varied line-up contains a variety of programming although it focuses on entertainment: stand up comedy, comic shows, cabaret, and themed talk shows. TVP2 was launched October 1970. 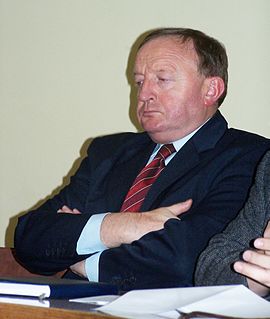 TVP Info is a Polish free-to-air television news channel, run by the public broadcaster, state media TVP. It is focused on newscasts, airing nationwide news bulletins from 6:00 a.m. to 12:00 a.m. Its main offices are located at the TVP news compound in central Warsaw.

Belsat is a Polish free-to-air satellite television channel aimed at Belarus. The channel is a subsidiary of TVP S.A. From the outset, it has been co-funded by the Polish Ministry of Foreign Affairs and international donors. 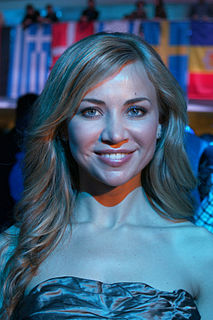 Poland participated in the Eurovision Song Contest 2009, as confirmed by Polish broadcaster Telewizja Polska (TVP). TVP continued to use the Piosenka dla Europy contest to select the Polish representative for the 2009 contest in Moscow. The 2009 edition of the contest was held on 14 February, with the winner decided by jury and televoting. The winner was Lidia Kopania with "I Don't Wanna Leave", represented Poland at the Eurovision Song Contest 2009 in May 2009. 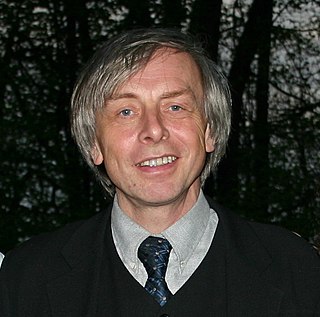 Włodzimierz Korcz is a Polish composer, pianist, music producer and author of many popular songs. He graduated from the Academy of Music in Łódź and debuted in 1965. In 1968–1970 Korcz worked as music editor for Polskie Radio in Łódź. In 1974–1977 he was the music director at Teatr na Targówku in Warsaw.

Weronika Anna Rosati is a Polish actress. She made her acting debut in 2000, and first gained recognition playing Ania in the Polish soap opera M jak miłość. She appeared in several other Polish television series, before acquiring her first feature film role in Patryk Vega's 2005 action drama Pitbull, which went on to become a cult film in Poland. Her most critically acclaimed films include Obława (2012), which earned her a Polish Film Award nomination for Best Actress, and Never Gonna Snow Again (2020).

Joanna Klepko, known by her stage name Cleo, is a Polish singer. She represented Poland in the Eurovision Song Contest 2014 in Copenhagen, Denmark along with Donatan with the song "My Słowianie".

Michał Karbownik is a Polish professional footballer who plays as a defender for Premier League club Brighton & Hove Albion and the Poland national team.