TASS is registered as a Federal State Unitary Enterprise, owned by the Government of Russia. [2] Headquartered in Moscow, TASS has 70 offices in Russia and in the Commonwealth of Independent States (CIS), as well as 68 bureaus around the world.

In Soviet times, it was named the Telegraph Agency of the Soviet Union (Телегра́фное аге́нтство Сове́тского Сою́за, Telegrafnoye agentstvo Sovetskogo Soyuza) and was the central agency for news collection and distribution for all Soviet newspapers, radio and television stations. After the dissolution of the Soviet Union, the agency was renamed Information Telegraph Agency of Russia (ITAR-TASS) (Информацио́нное телегра́фное аге́нтство Росси́и (ИТА́Р-ТАСС), Informatsionnoye telegrafnoye agentstvo Rossii (ITAR-TASS)) in 1992, but regained the simpler TASS name in 2014. [3]

The origin of TASS dates back to December 1902 when it began operations as the Commercial Telegraph Agency (TTA, Torgovo-Telegrafnoe Agentstvo) under the Ministry of Finance, with Torgovo-Promyshlennaya Gazeta's staff being the main supplier of journalists. As the demand for non-business began during the first battles of the Russo-Japanese War in February 1904, the agency had to change its name to the St. Petersburg Telegraph Agency (SPTA). As there was no change of headquarters and almost no change in its staff and function, it was a mere rebranding.

In August 1914, one day after St. Petersburg was renamed Petrograd, SPTA was renamed the Petrograd Telegraph Agency (PTA). It was seized by Bolsheviks in November 1917 and by December was renamed as the Central Information Agency of the Soviet Russian Council of People's Commissars. On 7 September 1918, the presidium renamed PTA and the Press bureau into the Russian Telegraph Agency (ROSTA), which became "the central information agency of the whole Russian Socialist Federative Soviet Republic".[ citation needed ]

TASS news and photos were received by 4,000 Soviet newspapers, TV and radio stations and over a thousand foreign media outlets. The news agency ran one of the biggest networks of correspondents in the world – 682 offices in the country and 94 bureaus abroad, with reporters in 110 countries. At its peak it employed nearly 5,000 people including close to 2,000 journalists and photo correspondents.[ citation needed ] In addition to producing reports for general consumption, TASS produced packages of content for non-public use. Western news reports and potentially embarrassing domestic news would be compiled daily into a collection known as "White Tass," and particularly important[ clarification needed ] news would be compiled into a smaller collection known as "Red Tass." These collections were made available only to journalistic and political leaders, and to top journalists and political leaders, respectively. [4]

TASS was organized with five Main Editorial Boards for Union Information, Foreign Information, Socialist Countries, Information for Foreign Countries, Photo information, supplemented by a Main Directorate of Communications.[ citation needed ] In 1961 Ria Novosti was created to supplement TASS, mainly in foreign reporting and human-interest stories. After 1971, TASS was elevated to the status of State Committee at the Government of the Soviet Union.

The agency was frequently used as a front organization by the Soviet intelligence agencies, such as the NKVD (later KGB) and Main Intelligence Directorate, with TASS employees serving as informants. In 1959, Alexander Alexeyev was dispatched to Cuba on a fact-finding mission, ostensibly working for TASS. [5]

In January 1992, following the dissolution of the Soviet Union, a Presidential Decree signed by Boris Yeltsin re-defined status of TASS and renamed it the Information Telegraph Agency of Russia. In May 1994 The Russian Government adopted a resolution "On approval of the Charter of the Information Telegraph Agency of Russia", under which it operates as a central government news agency. The TASS acronym was, by this point, well-recognized around the world and so was retained after being redefined as the Telegraph agency of communication and messages (Russian:Телеграфное агентство связи и сообщения, tr. Telegrafnoye agentstvo svazi i soobshcheniya). The agency as a whole was referred to as "ITAR-TASS".

In September 2014 the agency regained its former name as Russian News Agency TASS. [3]

TASS is registered as a Federal State Unitary Enterprise, owned by the Government of Russia. [2] Headquartered in Moscow, TASS has 70 offices in Russia and in the Commonwealth of Independent States (CIS), as well as 68 bureaus around the world.

TASS multi-media press center is a communication floor in the heart of Moscow. Every year it hosts some 300 events featuring high-ranking Russian officials, foreign heads of state, leaders of main political parties, representatives of the world of arts and culture, scientists and sporting personalities as well as managers of Russian and foreign business enterprises. TASS press centers also operate in St. Petersburg, Yekaterinburg and Novosibirsk.

TASS is a media partner of high-profile conferences, forums and exhibitions in Russia and abroad. [6] The agency organized the first News Agencies World Congress (NAWC) in 2004. [7] 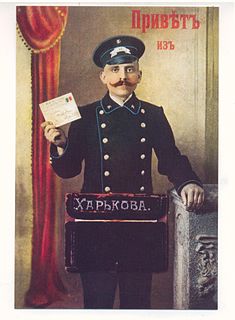 This a survey of the postage stamps and postal history of the Russian Empire, the Soviet Union and the modern Russian Federation.

TASS is a major news agency in Russia, successor to the Telegraph Agency of the Soviet Union.

RIA Novosti, sometimes referred to as RIAN or RIA is a Russian state-owned domestic news agency, which since 9 December 2013 has operated under Rossiya Segodnya. RIA Novosti is headquartered in Moscow. The chief editor is Anna Gavrilova. 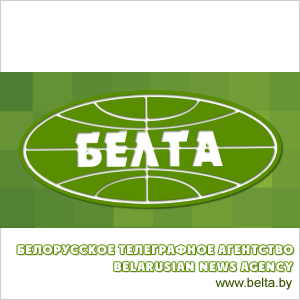 The Belarusian Telegraph Agency or BelTA is the state-owned national news agency of the Republic of Belarus. It operates in Russian, Belarusian, English, German, Spanish and Chinese languages. Since 2018, the director of BELTA is Irina Akulovich

Buston is a town in northern Tajikistan. It is located in Sughd Region, between the cities of Khujand and Ghafurov. Buston is a city of regional subordination, and is not part of a district. 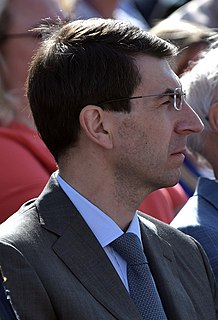 Igor Olegovich Shchyogolev is a Russian politician. From May 2008 to 20 May 2012, he has served as the Russian Minister of Telecommunications.

The National News Agency of Ukraine or Ukrinform is a state information and news agency of Ukraine. It was founded in 1918 during the Ukrainian War of Independence as the Bureau of Ukrainian Press (BUP). The first director of the agency was Dmytro Dontsov. 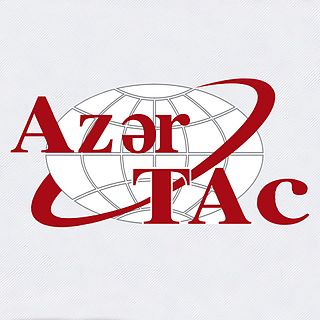 Azerbaijan State News Agency is the official news agency of the Republic of Azerbaijan. Aslan Aslanov has been the agency's director general since 2002 and Chairman of the Board since 15 March 2018.

Armenpress is the oldest and the main state news agency in Armenia.

Vladimir Petrovich Khatuntsev was a Soviet journalist and news executive. He was head of the central Soviet news agency TASS in 1978–79.

Turkmenistan State News Agency, sometimes shortened to TDH, is the state-owned news agency in Turkmenistan. TDH headquarters are in Bitarap Turkmenistan Avenue, Ashgabat. The agency publishes news and analysis of the socio-political, socio-economic, cultural and sporting life of the state in Turkmen, Russian and English languages. Agency specialists are engaged in the development, technical and information support, and promotion of web sites relating to the culture of Turkmenistan. The current editor-in-chief of TDH is Bekdurdy Amansaryev Two small, private news agencies, Infoabad and Arzuw, also exist. 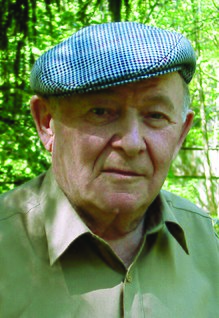 Konstantin Yakovlevich Vanshenkin was a Soviet poet and lyricist from Moscow. 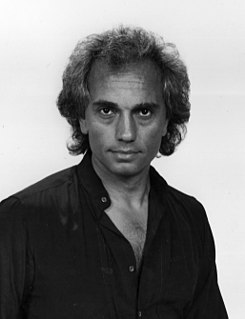 Jean Tatlian is a Soviet singer of Armenian ancestry. In the late 1960s he enjoyed great popularity in the USSR. He emigrated to France in 1971. Jean Tatlian considers himself the first chansonnier of the Soviet Union.

Vasily Nazarovich Rykov ; was a Soviet politician and diplomat. 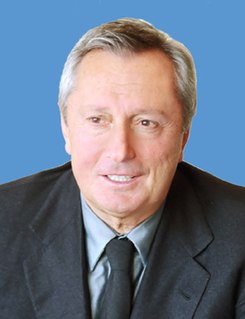 Vitaly Nikitich Ignatenko is a Russian journalist and politician who had been the head of ITAR-TASS news agency from 1993 until 2012 and had served in the cabinet of Prime Minister Viktor Chernomyrdin from 1995 to 1997 as deputy prime minister. He has also been a member of different journalism organizations and foundations promoting the Russian language and Russian-speaking press. 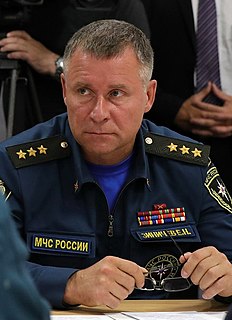 Yevgeny Nikolayevich Zinichev, is a Russian statesman, politician and military officer. He serves as the Minister of Emergency Situations since May 18, 2018. He is also the member of the Security Council of Russia since May 28, 2018. In 2016, he served as the acting Governor of Kaliningrad Oblast before being replaced by Anton Alikhanov. He is ranked General of the Army as of 2020.

Yakov Genrikhovich Doletsky was a Polish revolutionary and long-serving head of the Soviet news agency TASS.