Sputnik or MDR Sputnik is a youth-oriented German radio station, and is part of Leipzig-based public broadcaster MDR, based in Halle. The station, which primarily broadcasts pop and rock music, is the successor to the East German youth station DT64, founded in 1964 on the occasion of the Deutschlandtreffen der Jugend (de). It was given its present name on 1 May 1993, following German reunification in 1990; the new name, inspired by the Soviet Sputnik satellite, was the suggestion of the then Saxon prime minister, Kurt Biedenkopf.

While DT64 was broadcast throughout East Germany, Sputnik is available on FM only in one of the five federal states which replaced the GDR and thus only in one of the three federal states that form MDR's coverage area (Saxony-Anhalt); it is available throughout Europe via the Astra satellite on 19.2° east in DVB-S standard as well as on most German cable networks on DVB-C and in the MDR area (Saxony, Saxony-Anhalt, Thuringia) on FM and on DAB+.

DT64 lost all FM frequencies in the first half of 1992. In four new federal states these frequencies were given to private radio stations, in Berlin and Brandenburg a new public youth radio station (Rock Radio B, later Fritz) started on the frequencies DT64. DT64 had to switch to AM in summer 1992. AM transmissions lasted for one year. The station was renamed MDR Sputnik. Between 1993 and 1997 MDR Sputnik was available only via Astra satellite analog audio subcarriers and a special German digital Radio System DSR, receivable via cable and satellite. In 1997 FM coverage in Saxony-Anhalt was increased. The station lost most of its news and spoken word content. 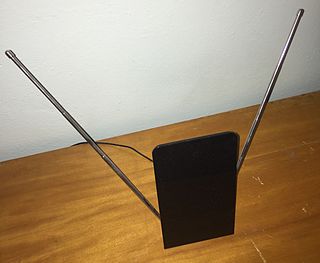 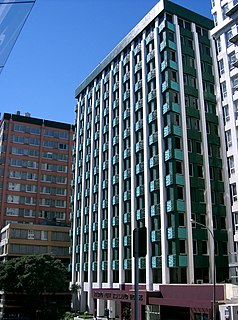 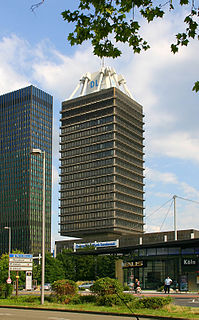 Satellite television is a service that delivers television programming to viewers by relaying it from a communications satellite orbiting the Earth directly to the viewer's location. The signals are received via an outdoor parabolic antenna commonly referred to as a satellite dish and a low-noise block downconverter.

There are over 500 radio stations in Germany. Radio stations are licensed by media authorities in individual states, a result of Germany's federal structure.

Sachsenspiegel is a news programme on MDR Fernsehen, the regional television station of the German Mitteldeutscher Rundfunk.

Radio Horeb is a radio station in the German federal state of Bavaria. The studios are located in Balderschwang and Munich. The guideline for content is the teaching of the Roman Catholic Church. Radio Horeb belongs to The World Family of Radio Maria and finances its content exclusively from donations from its listeners.