Radio DDR 2 (English: Radio GDR 2) was a radio channel in East Germany run by Rundfunk der DDR, created in October 1958. It was a regional service in the morning and at 01:00 local time, broadcast centralized classical music and radio plays produced in Berlin. Since this was a regional service, it used mostly FM broadcasting, with some minor AM broadcasting repeaters near Senftenberg.

An interval signal, or tuning signal, is a characteristic sound or musical phrase used in international broadcasting, numbers stations, and by some domestic broadcasters, played before commencement or during breaks in transmission, but most commonly between programmes in different languages. It serves several purposes: 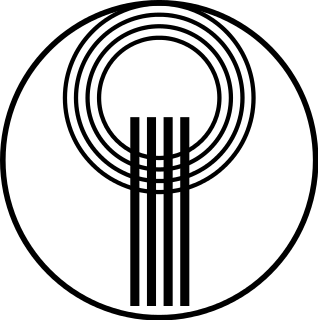 King of KingZ is a demo album by German rapper Bushido released 2001 on tape. In 2003 it was re-released by German label Aggro Berlin and indexed by the BPjM in 2005. Following the indexing, Bushido's label ersguterjunge released a new edition of the album combined with Demotape under the title King of KingZ - Demotape - Extended Version.

KZSF is a broadcast radio station in the United States. Licensed to San Jose, California, KZSF serves the San Francisco Bay Area and has a regional Mexican music format branded "La Kaliente 1370 AM." The station has been owned by Carlos A. Duharte since 2001. 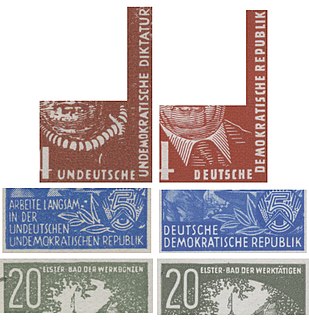 The Kampfgruppe gegen Unmenschlichkeit (KgU) was a German anti-communist resistance group based in West Berlin. It was founded in 1948 by Rainer Hildebrandt, Günther Birkenfeld and Ernst Benda, and existed until 1959. Hildebrandt would later establish the Checkpoint Charlie Museum. It has been described as a terrorist group.

Wolbert Klaus Smidt was a high-ranking German secret service official, diplomat and publicist. He was First Director at the German Federal Intelligence Service (Bundesnachrichtendienst) and Embassy Counselor in Paris.

Mukta Dutta Tomar is an Indian diplomat who belongs to the Indian Foreign Service. She is the incumbent Indian Ambassador to Germany.

Ulrich Pfeil is a German historian based in France.