Agenzia Fides is the news agency of the Vatican. It is based in the Palazzo de Propaganda Fide in Vatican City. It is part of the Congregation for the Evangelization of Peoples. It was formed on 5 June 1927, as the first missionary news agency of the Roman Catholic Church and was approved by Pope Pius XI.

Agenzia Fides started to issue editions in English, French and Polish (latter for a short period) followed by those in Italian (1929), Spanish (1930), German (1932), Chinese (1998), Portuguese (2002) and Arabic (2008). Since 1998 Fides Service went online with up to five reports daily from non-European events. Its homepage consists of information about statistics and missionaries killed as martyrs.

The image archive of the agency includes about 10,000 photographs [1] documenting the history of Catholic missions from the years 1930 to 1990.

In 2011, the director David Niño de Guzmán was found dead. While the official explanation from investigators pointed to suicide, family, friends and co-workers questioned this finding and believed his death was murder. [2]

The Catholic Church in Nepal is part of the worldwide Catholic Church, under the spiritual leadership of the Pope in Rome. As of 2011 there are over 10,000 Catholics in Nepal, organized into one Catholic jurisdiction known as an apostolic vicariate.

Lawrence John Saldanha is a retired archbishop from Pakistan. He was born in Mangalore, India. He received his religious training at the Christ the King seminary in Karachi and was ordained a priest in Lahore, Pakistan on 16 January 1960. 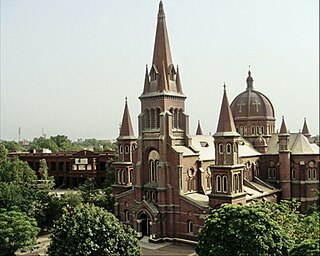 Pauline Marie Jaricot was a French laywoman, the founder of the Society of the Propagation of the Faith and the Living Rosary Association.

The 498 Spanish Martyrs were victims of the Spanish Civil War beatified by the Roman Catholic Church in October 2007 by Pope Benedict XVI. It was the greatest numbers of persons ever beatified at once up to that time in the Church's history. They originated from many parts of Spain. Their ages ranged from 16 years to 78 years old. Although almost 500 persons, they are a small part of the Martyrs of the Spanish Civil War.

Sebastian Francis Shaw is a Pakistani Roman Catholic archbishop. He was born in Padri Jo Goth, Sindh, Pakistan on 14 November 1957. He received his early education at Fatima High School and attended the Government Degree College. He received his religious training under the Order of Friars Minor and at the Christ the King seminary in Karachi and was ordained a priest in Lahore, Pakistan on 6 December 1991. Before joining the Franciscans he was a teacher.

The Apostolic Vicariate of Quetta, originally the Apostolic Prefecture of Quetta, is an apostolic vicariate in Pakistan. It comprises the civil province of Balochistan and the Kachhi region of Punjab, Pakistan. 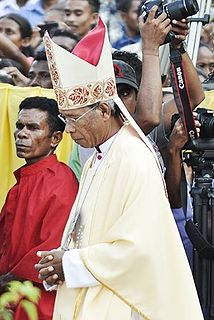 Norberto do Amaral is the Bishop of Diocese of Maliana, East Timor. After attending the elementary Catholic school in Ainaro, he entered the Seminary of Our Lady of Fatima in Dare. He completed his philosophical studies from 1981–1983 and theological studies between 1985–1988 at the Major Seminary of St. Peter in Ritapiret, Flores, Indonesia. He also carried out a year of pastoral ministry in the parish of Ossú during 1984. He was ordained a priest on 18 October 1988 for the Roman Catholic Diocese of Díli. 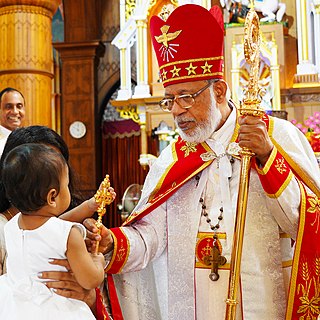 George Alencherry is the Major Archbishop (Head) of the Syro-Malabar Church and is also a Cardinal of the Catholic Church. The title of Major Archbishop is essentially equivalent to that of a patriarch. He was elected by the Holy Synod of the Syro-Malabar Church in 2011 to succeed Varkey Vithayathil. He was created a cardinal on 18 February 2012 by Pope Benedict XVI. He was the first bishop of Thuckalay from 1997 to 2011 before his enthronement as the Major Archbishop. His Beatitude is also the current president of Kerala Catholic Bishops' Council (KCBC), which is general conference for the bishops of the Latin, Syro-Malankara and Syro-Malabar Catholic hierarchies of Kerala, and the Inter Church Council of Kerala.

Antoine Kambanda is a Rwandan prelate of the Catholic Church who has been Archbishop of Kigali since January 2019. He had been Bishop of Kibungo from 2013 to 2018. 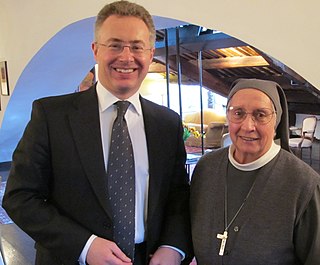 Eugenia Bonetti is a nun who works to rescue girls from being trafficked in Italy and help women leave the country's prostitution industry. 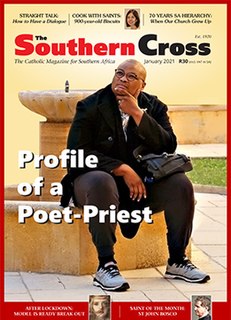 The Southern Cross is a South African monthly Catholic magazine, which from 1920 to 2020 was the only Catholic weekly in the country. It is published independently but with the support of the Southern African Catholic Bishops Conference. First published on 16 October 1920, it appeared uninterrupted every week until 23 September 2020, after which the publication transitioned into a monthly magazine. The current editor-in-chief is Günther Simmermacher.

Archbishop Raul Nicolau Gonçalves is an Indian prelate, the first Catholic Goan to be Archbishop of Goa and Patriarch of the East Indies.

Yves Ramousse was a French Catholic bishop, member of the Paris Foreign Missions Society (MEP) and Vicar Apostolic Emeritus of Phnom Penh in Cambodia since 2001.