The romanization of the Russian language (the transliteration of Russian text from the Cyrillic script into the Latin script), aside from its primary use for including Russian names and words in text written in a Latin alphabet, is also essential for computer users to input Russian text who either do not have a keyboard or word processor set up for inputting Cyrillic, or else are not capable of typing rapidly using a native Russian keyboard layout (JCUKEN). In the latter case, they would type using a system of transliteration fitted for their keyboard layout, such as for English QWERTY keyboards, and then use an automated tool to convert the text into Cyrillic.

Systematic transliterations of Cyrillic to Latin

There are a number of distinct and competing standards for the romanization of Russian Cyrillic, with none of them having received much popularity, and, in reality, transliteration is often carried out without any consistent standards. [1]

Scientific transliteration, also known as the International Scholarly System, is a system that has been used in linguistics since the 19th century. It is based on the Czech alphabet and formed the basis of the GOST and ISO systems.

Developed by the National Administration for Geodesy and Cartography at the USSR Council of Ministers, GOST 16876-71 has been in service since 1973. Replaced by GOST 7.79-2000.

This standard is an equivalent of GOST 16876-71 and was adopted as an official standard of the COMECON.

GOST 7.79-2000 System of Standards on Information, Librarianship, and Publishing–Rules for Transliteration of the Cyrillic Characters Using the Latin Alphabet is an adoption of ISO 9:1995. It is the official standard of both Russia and the Commonwealth of Independent States (CIS).

GOST 52535.1-2006 Identification cards. Machine readable travel documents. Part 1. Machine readable passports is an adoption of an ICAO standard for travel documents. It was used in Russian passports for a short period during 2010–2013 (see below). The standard was substituted in 2013 by GOST R ISO/IEC 7501-1-2013, which does not contain romanization, but directly refers to the ICAO romanization (see below).

ISO/R 9, established in 1954 and updated in 1968, was the adoption of the scientific transliteration by the International Organization for Standardization (ISO). It covers Russian and seven other Slavic languages.

ISO 9:1995 is the current transliteration standard from ISO. It is based on its predecessor ISO/R 9:1968, which it deprecates; for Russian, the two are the same except in the treatment of five modern letters. ISO 9:1995 is the first language-independent, univocal system of one character for one character equivalents (by the use of diacritics) that faithfully represents the original and allows for reverse transliteration for Cyrillic text in any contemporary language.

The UNGEGN, a Working Group of the United Nations, in 1987 recommended a romanization system for geographical names, which was based on the 1983 version of GOST 16876-71. It may be found in some international cartographic products. [3]

American Library Association and Library of Congress (ALA-LC) romanization tables for Slavic alphabets are used in North American libraries and in the British Library since 1975.

The formal, unambiguous version of the system for bibliographic cataloguing requires some diacritics, two-letter tie characters, and prime marks. The standard is also often adapted as a "simplified" or "modified Library of Congress system" for use in text for a non-specialized audience, omitting the special characters and diacritics, simplifying endings, and modifying iotated initials. [4] [5]

British Standard 2979:1958 is the main system of the Oxford University Press, [6] and a variation was used by the British Library to catalogue publications acquired up to 1975—the Library of Congress system (ALA-LC) is used for newer acquisitions. [7]

The BGN/PCGN system is relatively intuitive for Anglophones to read and pronounce. In many publications, a simplified form of the system is used to render English versions of Russian names, typically converting ë to yo, simplifying -iy and -yy endings to -y, and omitting apostrophes for ъ and ь. It can be rendered using only the basic letters and punctuation found on English-language keyboards: no diacritics or unusual letters are required, although the interpunct character (·) may be used to avoid ambiguity.

This particular standard is part of the BGN/PCGN romanization system which was developed by the United States Board on Geographic Names and by the Permanent Committee on Geographical Names for British Official Use. The portion of the system pertaining to the Russian language was adopted by BGN in 1944 and by PCGN in 1947.

Transliteration of names on Russian passports

In Soviet international passports, transliteration was based on French rules but without diacritics and so all names were transliterated in a French-style system. [8]

In 1997, with the introduction of new Russian passports, a diacritic-free English-oriented system was established by the Russian Ministry of Internal Affairs, [8] [9] but the system was also abandoned in 2010.

In 2006, GOST 52535.1-2006 was adopted, which defines technical requirements and standards for Russian international passports and introduces its own system of transliteration. In 2010, the Federal Migratory Service of Russia approved Order No. 26, [10] stating that all personal names in the passports issued after 2010 must be transliterated using GOST 52535.1-2006. Because of some differences between the new system and the old one, citizens who wanted to retain the old version of a name's transliteration, especially one that had been in the old pre-2010 passport, could apply to the local migratory office before they acquired a new passport. The standard was abandoned in 2013.

In 2013, Order No. 320 [11] of the Federal Migratory Service of Russia came into force. It states that all personal names in the passports must be transliterated by using the ICAO system, which is published in Doc 9303 "Machine Readable Travel Documents, Part 3". The system differs from the GOST 52535.1-2006 system in two things: ц is transliterated into ts (as in pre-2010 systems), ъ is transliterated into ie (a novelty).

In a second sense, the romanization or Latinization of Russian [14] may also indicate the introduction of a dedicated Latin alphabet for writing the Russian language. Such an alphabet would not necessarily bind closely to the traditional Cyrillic orthography. The transition from Cyrillic to Latin has been proposed several times throughout history (especially during the Soviet era), but was never conducted on a large scale, except for graphemic (such as the Volapuk) and phonemic (such as translit) ad hoc transcriptions.

The most serious possibility of adoption of a Latin alphabet for the Russian language was discussed in 1929–30 during the campaign of latinisation of the languages of the USSR, when a special commission was created to propose a latinisation system for Russian. [15]

The letters of the Latin script are named in Russian as following (and are borrowed from French and/or German):[ citation needed ]

The Cyrillic script is a writing system used for various languages across Eurasia and is used as the national script in various Slavic, Turkic, Mongolic, Uralic, Caucasian and Iranic-speaking countries in Southeastern Europe, Eastern Europe, the Caucasus, Central Asia, North Asia, and East Asia. 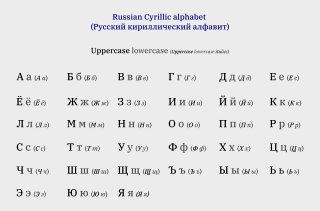 ISO 9 is an international standard establishing a system for the transliteration into Latin characters of Cyrillic characters constituting the alphabets of many Slavic and non-Slavic languages.

Two scripts are currently used for the Tatar language: Arabic and Cyrillic. 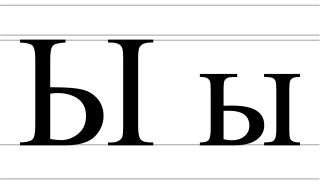 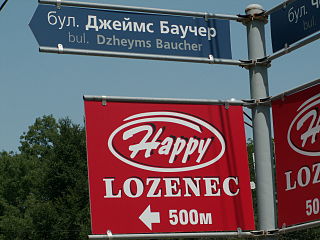 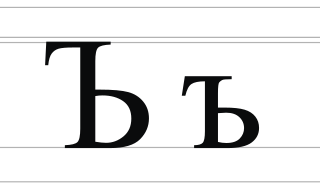 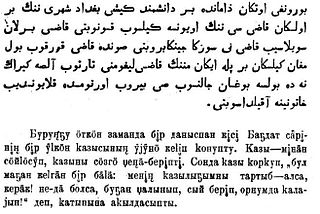 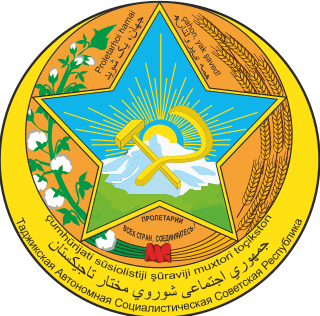 Mordvinic alphabets is a writing system used to write Mordovian languages. From its inception in the 18th century to the present, it has been based on the Cyrillic alphabet. Until the beginning of the 20th century, the alphabet did not have a stable norm and was often changed. The modern alphabet has been in operation since the late 1920s.