Catch and Kill: The Podcast Tapes

Catch and Kill: The Podcast Tapes is an American documentary television miniseries, directed and produced by Randy Barbato and Fenton Bailey. It follows Ronan Farrow, as he conducts interviews with whistleblowers, victims, private investigators and sources for his book Catch and Kill . It consists of 6-episodes and premiered on July 12, 2021, on HBO. [1]

The series follows Ronan Farrow as he conducts interviews with whistleblowers, victims, private investigators, and other sources for his book Catch and Kill in regard to the Harvey Weinstein sexual abuse cases.

In January 2018, Ronan Farrow signed a deal with HBO to produce and star in various documentary specials for the network. [4] HBO filmed Farrow and guests of his podcast Catch and Kill with the idea of turning it into a documentary series at some point. [5] Production on the series took place during the COVID-19 pandemic, with HBO reaching out to Fenton Bailey and Randy Barbato about taking the filmed interviews and turning into a series. [6] [7]

In June 2021, it was announced Farrow would star and executive produce the series, with Fenton Bailey and Randy Barbato directing and producing under their World of Wonder banner. [8]

Review aggregator Rotten Tomatoes reported an approval rating of 88% based on 16 critic reviews, with an average rating of 6.72/10. [9] Metacritic, which uses a weighted average, assigned a score of 74 out of 100 based on 7 critics, indicating "generally favorable reviews". [10] 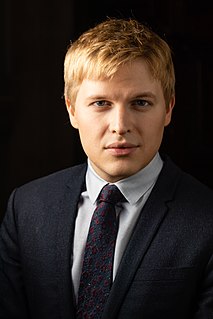 Satchel Ronan O'Sullivan Farrow is an American journalist. The son of actress Mia Farrow and filmmaker Woody Allen, he is known for his investigative reporting of allegations of sexual abuse against film producer Harvey Weinstein, which was published in the magazine The New Yorker. For this work, the magazine won the 2018 Pulitzer Prize for Public Service, sharing the award with The New York Times. Farrow's subsequent investigations exposed other allegations against politician Eric Schneiderman, media executive Les Moonves, and Supreme Court Justice Brett Kavanaugh. He also makes regular appearances on the NBC morning program Today.

Hidden Führer: Debating the Enigma of Hitler's Sexuality is a documentary film based on the research of German Professor Lothar Machtan for his 2001 book The Hidden Hitler that claimed Adolf Hitler was a homosexual. Aired by HBO's CINEMAX Reel Life, the 90 minute documentary was directed by Fenton Bailey, Randy Barbato and Gabriel Rotello and was produced by Gabriel Rotello.

Douglas Gabriel Rotello is an American musician, writer and filmmaker. He created New York's Downtown Divas revues in the 80s, was the co-founder and editor-in-chief of OutWeek Magazine, became the first openly gay columnist at a major American newspaper, New York Newsday, and authored the book Sexual Ecology. He now makes documentaries for HBO, The History Channel and other networks.

101 Rent Boys is a 2000 documentary film that explores the lives of male prostitutes in the Los Angeles, California area. Created by film-makers Randy Barbato and Fenton Bailey, the film depicts 101 hustlers, being paid each $50 for their time, which come from diverse ethnic, regional, and economic backgrounds. Picked up on and around Santa Monica Boulevard, the men discuss a variety of things, many referring to their personal history as well commenting on the nature of their work.

World of Wonder Productions is an American production company founded in 1991 by filmmakers Fenton Bailey and Randy Barbato. Based in Los Angeles, California, the company specializes in documentary television and film productions, with credits including the Million Dollar Listing docuseries, RuPaul's Drag Race, and the documentary films Mapplethorpe: Look at the Pictures (2016) and The Eyes of Tammy Faye (2000). Together, Bailey and Barbato have produced programming through World of Wonder for HBO, Bravo, HGTV, Showtime, the BBC, Netflix, and VH1.

Dylan Howard is an entertainment journalist and media executive. He is the CEO of Empire Media Group, Inc which owns 12 digital and print brands. Previously, Howard was the editor-in-chief and chief content officer at American Media, Inc. (AMI) from 2013-2020. He is known for spearheading some of the most explosive celebrity exposes in America's entertainment industry.

Noah Oppenheim is an American television producer, author, and screenwriter. He became president of NBC News in 2017 and is known for attempting to stop Ronan Farrow's reporting on the Harvey Weinstein sexual abuse cases. Previously, Oppenheim was the executive in charge and senior producer of NBC's Today Show, where he supervised the 7–8am hour of the broadcast, and head of development at the production company Reveille.

The Eyes of Tammy Faye is a 2000 American documentary film about the life of Tammy Faye Bakker directed by Fenton Bailey and Randy Barbato and narrated by drag queen RuPaul.

Mapplethorpe: Look at the Pictures is a 2016 American documentary film about the photographer Robert Mapplethorpe, directed and executive produced by Randy Barbato and Fenton Bailey, and produced by Katharina Otto-Bernstein for Film Manufacturers Inc.

Pineapple Street Studios is a podcast studio based in Brooklyn, New York. In August 2019, it was acquired by Entercom. Pineapple’s work includes multi-episode narratives, investigative journalism, branded podcasts, and talk shows. They’ve created series for companies like Nike, Hulu, Netflix, HBO, and The New York Times. In 2020, they led all podcast companies with two Peabody Award nominations, for The Catch and Kill Podcast with Ronan Farrow and Running From COPS. Twelve of their shows have reached #1 on Apple Podcasts.

Jonathan Ira Lovett is an American podcaster, comedian, and former speechwriter. Lovett is a co-founder of Crooked Media, along with fellow former White House staffers during the Obama administration, Jon Favreau and Tommy Vietor. Lovett is a regular host of the Crooked Media podcasts Pod Save America and Lovett or Leave It. As a speechwriter, he worked for President Barack Obama as well as for Hillary Clinton when she was a United States Senator and a 2008 presidential candidate. Lovett also co-created the NBC sitcom 1600 Penn, and was a writer and producer on the third season of HBO's The Newsroom.

Catch and kill is a surreptitious technique employed by newspapers and media outlets to prevent an individual from publicly revealing information damaging to a third party.

Untouchable is a 2019 British documentary film about film producer Harvey Weinstein and the sexual abuse allegations that involve him. It was directed by Ursula Macfarlane.

Catch and Kill: Lies, Spies, and a Conspiracy to Protect Predators is a 2019 book by the American journalist Ronan Farrow. He recounts the challenges he faced chasing the stories of Harvey Weinstein's decades of alleged rape, sexual assault, and sexual abuse of women and the case against him. Farrow argues that Weinstein was able to use Black Cube, a private Israeli intelligence service, to successfully pressure executives at NBC News to kill the story there, leading him to take it to The New Yorker, where it was published and helped spark the international #MeToo movement exposing sexual abuse, mostly of women, in many industries. 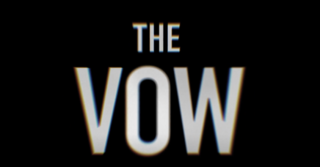 Allen v. Farrow is an American documentary television miniseries directed by Kirby Dick and Amy Ziering that explores an allegation of sexual abuse made against Woody Allen in 1992. It consists of four episodes and premiered on February 21, 2021, on HBO.

Small Town News: KPVM Pahrump is an American documentary miniseries. It follows news station KPVM-LD in Pahrump, Nevada, as they take on the challenge of expanding into the Las Vegas market. It consists of 6 episodes and premiered on August 2, 2021, on HBO.