Luck is an American dramatic television series created by David Milch and starring Dustin Hoffman. The pilot episode was directed by Michael Mann. The series premiered on January 29, 2012. HBO aired the first episode on December 11, 2011, as a preview. [1] It was immediately renewed for a second season of 10 episodes, scheduled to air beginning in January 2013. [2] However, the series was canceled on March 14, 2012, due to animal safety concerns. Three horses died during production of the series. The first season's remaining episodes continued to air. [3] The complete first season was released on DVD and Blu-ray on November 27, 2012. [4]

I hope it's a love letter. By saying that, I'm not saying it's a story coming through rose-colored glasses. To me, the track is what the river was to Mark Twain. Where you see the most life and interesting people, go there. That's what I've done. [14]

—David Milch, about his love for horseracing.

The pilot is about a bunch of intersecting lives in the world of horse racing ... It's a subject which has engaged and some might say has compelled me for 50 years. I find it as complicated and engaging a special world as any I've ever encountered, not only in what happens in the clubhouse and the grandstand, but also on the backside of the track, where the training is done and where they house the horses. [15]

—Milch, about the series.

Before creating Luck, David Milch had worked in television for three decades. He started off as a writer on the series Hill Street Blues before co-creating NYPD Blue with Steven Bochco and creating the HBO series Deadwood . Milch had been fascinated by horse racing from an early age, as his father would take him to the track. "My dad started taking me to Saratoga at age 5 or 6. You have so many associations from childhood that stay with you." [14] He stated that he had been thinking about creating the series for 25 years and always pictured that it would be set at Santa Anita Park. "It's the most beautiful setting for horse racing that I've seen, and I'd include Saratoga," he said. [14]

The character of on-the-skids jockey Ronnie is portrayed by racing fixture Gary Stevens, a Hall of Fame jockey who has won the Kentucky Derby, the Preakness Stakes and the Belmont Stakes in the course of his career. Stevens portrayed jockey George Woolf in the 2003 film Seabiscuit.

The series used 50 horses trained by Matt Chew at Santa Anita. Milch stated, "Because it's a natural tendency for horses to want to be a part of a herd, most adapt to it very well. We have a couple individuals that have been taught to be race horses; we're not going to get that out of their system. We'll just have to adapt to it. But of the 50 horses, I'd say 45 of them have adapted to it real well." [16]

The safety of the series' working environment was called into question by People for the Ethical Treatment of Animals (PETA), which criticized Luck over the injury and euthanization of two horses during filming for the pilot and the seventh episode. The American Humane Association (AHA) said both racehorses "stumbled and fell during short racing sequences" and that "the horses were checked immediately afterwards by the onsite veterinarians and in each case a severe fracture deemed the condition inoperable." [17] HBO pointed out that precautions had been taken: each horse was "limited to three runs per day and was rested in between those runs." [18] [19] On March 13, 2012, HBO agreed to suspend all filming involving horses while investigations took place over the death of a third horse. [20] The AHA insisted the stoppage remain in effect until a comprehensive investigation was completed; it also noted the horse's injury did not occur during filming or racing. [21] The following day, HBO canceled the series, saying that while it "maintained the highest safety standards throughout production... accidents unfortunately happen and it is impossible to guarantee they won't in the future." [22]

Linda Stasi from the New York Post said in her review, "With an impossibly good cast, writing so spot-on it's poetic, and slow-build stories, I, for one, was left wanting more—even after watching the entire season." [25] Alessandra Stanley of The New York Times , on the other hand, found the show "needlessly opaque". [26] Newsday's Verne Gay praised the talent behind the series: "There are three excellent reasons—Milch, Mann and Hoffman—why your faith will be rewarded." [27] Alan Sepinwall from HitFix called the series "clear and engaging" and singled out Hoffman's performance: "Hoffman is the big name, and gives an impressively buttoned-down performance." [28]

Some criticism focused on the opacity of the plot, the apparent lack of attractive characters, and their audibility. [29]

The theme song for the series is "Splitting the Atom" by Massive Attack. 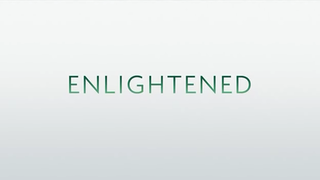 Oprah's Master Class is a primetime television program that airs on the OWN: Oprah Winfrey Network. The series premiered on the network's first day, January 1, 2011. 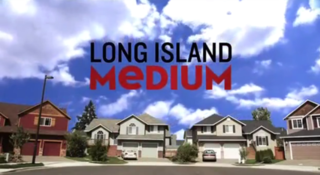 Long Island Medium is a TLC reality television series starring Theresa Caputo, a self-professed medium who claims she can communicate with the dead. Much of the program, which premiered on September 25, 2011, takes place in Hicksville, New York, though it often follows Caputo as she meets with clients in other areas. 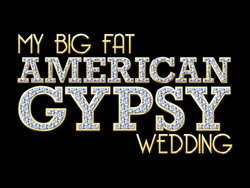 My Big Fat American Gypsy Wedding is an American reality television series that debuted on the TLC in April 2012. It claims to revolve around the marriage customs of Romani-Americans ("Gypsies") – allegedly members of Romanichal clans, although some are actually of Irish Traveller descent. It is a spin-off of Britain's Channel 4 series Big Fat Gypsy Weddings. 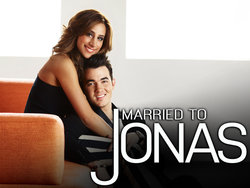 Married to Jonas is an American reality documentary television series on E! that debuted on August 19, 2012. It primarily focuses on Kevin Jonas, the eldest of the Jonas Brothers and his married life with his wife Dani Jonas. However, the first season also focused on the 2012 "comeback" of the Jonas Brothers. 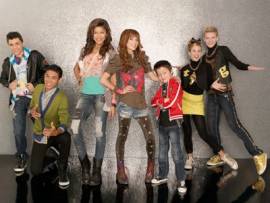 The second season of Shake It Up aired on Disney Channel from September 18, 2011 to August 17, 2012. It consisted of 28 episodes, giving the series a total of 49 episodes thus far. Caroline Sunshine was added to the main cast this season.

The third and final season of Shake It Up premiered on Disney Channel on October 14, 2012. Kenton Duty is not a main cast member in this season and has been removed from the opening credits. This is the final season of the series, with the series finale airing on November 10, 2013.