Autopsy is a television series of HBO's America Undercover documentary series. Dr. Michael Baden, a real-life forensic pathologist, is the primary analyst, and has been personally involved in many of the cases that are reviewed.

Michael M. Baden is an American physician and board-certified forensic pathologist known for his work investigating high-profile deaths and as the host of HBO's Autopsy. Baden was the chief medical examiner of the City of New York from 1978 to 1979. He was also chairman of the House Select Committee on Assassinations' Forensic Pathology Panel that investigated the assassination of John F. Kennedy.

Forensic Investigators: Australia's True Crimes is an Australian television show hosted by Lisa McCune which aired on the Seven Network. It aired for three seasons from 2004 to 2006.

Marybeth Roe Tinning is an American serial killer. In 1987, Tinning was arrested and convicted for the murder of her ninth child, 4-month-old daughter Tami Lynne on December 20, 1985. Laboratory testing indicated the death of Tinning's ninth child resulted from asphyxia by suffocation. Marybeth is suspected to be similarly involved in the previous deaths of her eight children. 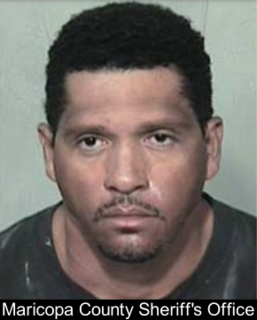 Mark Goudeau is an American serial killer and rapist. Goudeau was involved in one of the two simultaneously occurring serial killer cases which terrorized the Phoenix metro area, between August 2005 and June 2006.

Conviction for murder in the absence of a body is possible. However, cases of this type have historically been hard to prove, often forcing the prosecution to rely on circumstantial evidence, and in England there was for centuries a mistaken view that in the absence of a body a killer could not be tried for murder. Developments in forensic science towards the end of the 20th century have in recent decades made it more likely that a murder conviction can be obtained even if a body has not been found.

Timothy Wilson Spencer, also known as the "Southside Strangler", was a serial killer who committed three rapes and murders in Richmond, Virginia and one in Arlington, Virginia in the fall of 1987. In addition, he is believed to have committed at least one previous murder, in 1984, for which a different man, David Vasquez, was wrongfully convicted. He was known to police as a prolific home burglar.

The Long Island serial killer is an unidentified suspected serial killer who is believed to have murdered 10 to 16 people over a period of nearly 20 years, mostly prostitutes, and left their bodies in areas on the South Shore of Long Island, New York.

Alavandar murder case is a murder trial which was conducted in the Madras State in the early 1950s. The cause of the trial was the murder of a businessman and ex-serviceman named Alavandar whose headless body was found in one of the coaches of the Indo-Ceylon Express. After a trial which became a cause célèbre, Alavandar's ex-lover and her husband were found guilty of the murder and had been sentenced to brief terms of imprisonment.

Marybeth Davis is an American nurse who was convicted of the murders of her two children in 1997, although she had maintained her innocence for several years. Davis was released from prison in 2007 after accepting a plea deal and confessing to the crimes.

Werner Uri Spitz is a German-American forensic pathologist who has worked on a number of high-profile cases, including the investigations of the assassinations of president John F. Kennedy and Martin Luther King, Jr. He also testified at the trials of Casey Anthony and Phil Spector, the 1996 civil trial against O.J. Simpson, and consulted on the investigation of JonBenét Ramsey's 1996 death.

The Gypsy Hill killings were a group of five homicides of young women and girls in San Mateo County, California during early 1976. The killer became known in the media as the “San Mateo Slasher." It was later proven that there were at least two different perpetrators. 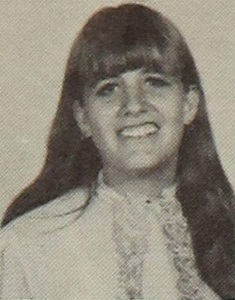 The Bear Brook murders are female murder victims, two being discovered in 1985 and two in 2000, at Bear Brook State Park in Allenstown, New Hampshire. All four of the victims were either partially or completely skeletonized; they were believed to have died between 1977 and 1981.

Marcia Lenore Sossoman (King) was a 21-year-old Arkansas woman who was murdered in April 1981 and whose body was discovered in Troy, Ohio approximately 48 hours after her murder. Her body remained unidentified for 36 years before being identified via DNA analysis and genetic genealogy in April 2018. King was the first unidentified decedent to be identified via this method of forensic investigation.

Vernon County Jane Doe is an American murder victim whose body was found on May 4, 1984. Her identity remains unknown. Her hands had been removed, probably to prevent identification by means of fingerprinting.

The Redhead murders refers to a series of unsolved homicides of redheaded females between October 1978 and 1992, believed to have been committed by an unidentified male serial killer. The murders believed to be related have occurred in states including Tennessee, Arkansas, Kentucky, Mississippi, Pennsylvania, and West Virginia. The murders may have continued until 1992. The victims, many of whom have never been identified, were usually women with reddish hair, whose bodies were abandoned along major highways in the United States. Officials believe that the women were likely hitchhiking or may have engaged in prostitution. 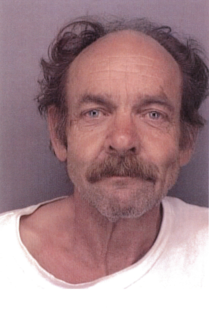 Terrence "Terry" Peder Rasmussen, also known as "The Chameleon Killer", or "Bob Evans", was an American serial killer, known for using numerous aliases in a crime spree that spanned decades across many states. He died in prison in 2010 after being convicted in the 2002 murder of his common-law wife in California. He received more media attention after his death when he was announced as the primary suspect in the Bear Brook murders.

Gerald "Jerry" Walter McFadden was an American serial killer and sex offender who was executed in 1999.

Dr. No is the nickname given to a suspected American serial killer thought to be responsible for the murders of at least nine women and girls in Ohio, between 1981 and 2004. As victims, he chose prostitutes working in parking lots and truck stops located alongside I-71. In addition, there are suspicions that he committed three similar killings in New York, Illinois and Pennsylvania, committed between 1986 and 1988.

Martin Dean "Marty" Priest is an American murderer and suspected serial killer. Convicted of murdering a young girl and a man in both Missouri and Kansas, Priest is also suspected, but acquitted, in another three murders dating from 1980 to 1985. He is currently serving two life sentences at the El Dorado Correctional Facility in El Dorado, Kansas.