The Case Against Adnan Syed

The Case Against Adnan Syed is a 2019 true-crime docuseries about the murder of Hae Min Lee. It was directed by Amy J. Berg and produced by Working Title Television, among others. The first episode of the four-part series premiered March 10, 2019, on HBO.

After the success of Serial Season 1, HBO green-lit a documentary series to recap the case along with new information about Syed's appeal process. The documentary was released in four parts and reviewed the case leading up to Syed's then-current status as of 2018. [1] The HBO documentary revealed that Syed turned down a plea bargain in 2018 that would have required him to plead guilty in exchange to a reduced his sentence. Subsequently, Syed's mother told him that she had leukemia. [2]

Critics have argued that the docuseries has a "pro-Syed bias" and is "armed with an agenda", though its creators billed it as an objective view of the case. [3] On the review aggregation website Rotten Tomatoes, the series holds an approval rating of 82% with an average rating of 7 out of 10, based on 33 reviews. The website's critical consensus reads, "A worthy Serial supplement that isn't without flaws, The Case Against Adnan Syed fleshes out the life of Hae Min Lee and gives context to in the complicated boon of true crime entertainment." [4] Metacritic, which uses a weighted average, assigned the series a score of 66 out of 100 based on 16 critics, indicating "generally favorable reviews". [5]

The series was nominated for a 2019 Primetime Emmy Award in Outstanding Writing for a Nonfiction Program for the episode "Forbidden Love". It was also a nominee for Outstanding Achievement in Nonfiction Series for Broadcast by Cinema Eye Honors. [6] [7]

True crime is a nonfiction literary, podcast, and film genre in which the author examines an actual crime and details the actions of real people.

Marwencol is a 2010 American documentary film that explores the life and work of artist and photographer Mark Hogancamp. It is the debut feature of director-editor Jeff Malmberg. It was the inspiration for Welcome to Marwen, a 2018 drama directed by Robert Zemeckis.

Serial is an investigative journalism podcast hosted by Sarah Koenig, narrating a nonfiction story over multiple episodes. The series was co-created and is co-produced by Koenig and Julie Snyder and developed by This American Life; as of July 2020 it is owned by The New York Times. Season one investigated the 1999 murder of Hae Min Lee, an 18-year-old student at Woodlawn High School in Baltimore. Season two focused on Sergeant Bowe Bergdahl, an American Army soldier who was held for five years by the Taliban, and then charged with desertion. Season three, which debuted in September 2018, explores cases within the Justice Center Complex in the Cleveland area. Serial ranked number one on iTunes even before its debut and remained there for several weeks. Serial won a Peabody Award in April 2015 for its innovative telling of a long-form nonfiction story. As of September 2018, episodes of seasons one and two have been downloaded over 340 million times, establishing an ongoing podcast world record. 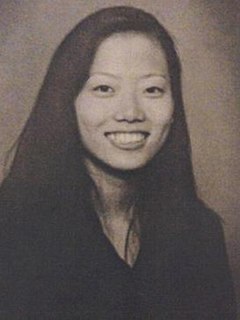 Hae Min Lee was a Korean-American high school student who was last seen alive on January 13, 1999, in Baltimore County, Maryland. Her body was found four weeks later in Leakin Park; she had been killed by manual strangulation. Lee's ex-boyfriend, Adnan Masud Syed, was convicted of first-degree murder and sentenced to life in prison plus thirty years.

Erin Lee Carr is an American documentary filmmaker renowned for exploring criminal justice, femininity and virality. She is best known for Thought Crimes: The Case of the Cannibal Cop, Mommy Dead and Dearest and the HBO documentaries I Love You, Now Die: The Commonwealth vs. Michelle Carter and At the Heart of Gold: Inside the USA Gymnastics Scandal. In 2021, Carr is set to release a documentary for Netflix about Britney Spears, chronicling her father's and former Business Manager Lou M Taylor's control of the star's finances and career under a 13-year conservatorship. Carr is the daughter of the late The New York Times media columnist David Carr. She is also the author of memoir called All That You Leave Behind: A Memoir, a story about love, addiction, and the often difficult relationship between father and daughter.

Maria Cristina Gutierrez was an American criminal defense attorney based in Baltimore, Maryland, who represented several high-profile defendants in the 1990s. She was the first latina to be counsel of record in a case before the Supreme Court of the United States. In 2001, Gutierrez was disbarred, with her consent, following multiple complaints from clients who paid her for legal work she failed to perform. At the time, Gutierrez was dying from MS and her health was rapidly deteriorating. 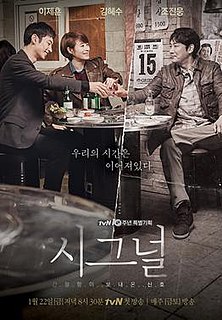 Signal is a 2016 South Korean fantasy police procedural television series starring Lee Je-hoon, Kim Hye-soo and Cho Jin-woong. It premiered on tvN on January 22, 2016. A total of 16 episodes aired on Fridays and Saturdays at 20:30 KST, with the final episode airing on March 12, 2016. The series was inspired by real-life criminal incidents in Korea, including the Hwaseong serial murders. 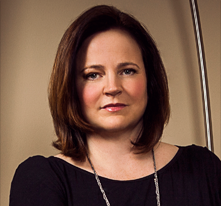 Michelle Eileen McNamara was an American true crime author. She was the author of the true crime book I'll Be Gone in the Dark: One Woman's Obsessive Search for the Golden State Killer and helped coin the moniker "Golden State Killer" of the serial killer identified after her death as Joseph James DeAngelo. The book was released posthumously in February 2018 and later adapted into the documentary series I'll Be Gone in the Dark which debuted on HBO on June 28, 2020.

Rabia Chaudry is a Pakistani-American attorney, a New York Times best-selling author and podcast host. Chaudry co-hosts Undisclosed, a podcast on Syed's case and others. 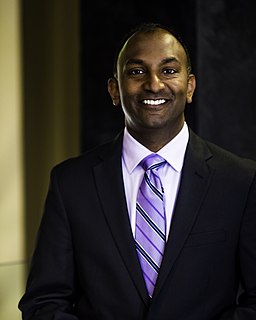 Thiruvendran "Thiru" Vignarajah is an American lawyer and politician. He previously was Deputy Attorney General of Maryland. He has also been a federal prosecutor, clerked for Justice Stephen G. Breyer, and was President of the Harvard Law Review. He is now a litigation partner at the law firm DLA Piper in Baltimore. He has also been the lead attorney for the State of Maryland in the post-conviction appeals of Adnan Syed, who was convicted of the high-profile 1999 murder of Hae Min Lee.

Aaron Saidman is an American creator-developer, documentary filmmaker and television producer known for creating or serving as an executive producer on a number of non-fiction television series and documentary feature films, including Leah Remini: Scientology and the Aftermath, Mind Field,Declassified: Untold Stories of American Spies, The Pitch,The Seven Five,Free Meek and Night Stalker: The Hunt For a Serial Killer. Saidman is the President and Co-Founder of The Intellectual Property Corporation, which he created in 2016 with longtime producing partner Eli Holzman.

I'll Be Gone in the Dark: One Woman's Obsessive Search for the Golden State Killer is a true crime book by the American writer Michelle McNamara about the investigation to uncover the Golden State Killer. The book was released on February 27, 2018, nearly two years after McNamara's death and two months before an arrest would be made in the case.

The Innocent Man is an American true crime documentary television series based on John Grisham's 2006 book The Innocent Man: Murder and Injustice in a Small Town. The six-episode first season debuted on Netflix on December 14, 2018. 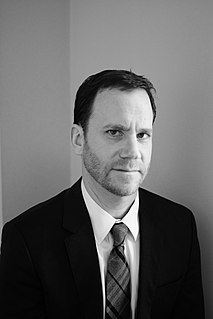 C. Justin Brown is a criminal defense attorney based in Baltimore, Maryland. He runs a law firm called Brown Law. He currently represents Adnan Syed, who was convicted of the 1999 murder of Hae Min Lee and was the subject of the first season of the podcast Serial in 2014.

Undisclosed is a podcast about wrongful convictions in the United States. It is hosted by Rabia Chaudry, Susan Simpson, and Colin Miller. She started it with fellow attorneys Susan Simpson and Colin Miller. The podcast started by investigating the conviction of Adnan Syed for the Murder of Hae Min Lee, which had previously been the focus of the first season of the podcast Serial. Season two focused on the Georgia conviction of Joey Watkins for the murder of Isaac Dawkins, which, according to Undisclosed, was wrongful. According to the podcast, Watkins' cell phone records proved that he could not have committed the murder, because they showed that when the murder occurred, he was indeed on the divided highway where it happened, but going in the opposite direction, with a location constrained by the cell tower pinged by a call he made. According to the podcast, turning around before firing the shot would have required him to drive impossibly fast along the busy highway, recognize Dawkins' vehicle going the opposite direction in the dark, then turn around before he or a passenger fired the fatal shot.

Free Meek is a 2019 true-crime docuseries about American rapper Meek Mill's ongoing battle with the U.S. justice system following a disputed conviction in 2007. The five-part series premiered August 9, 2019, on Prime Video, and is produced by his record label, Roc Nation and The Intellectual Property Corporation, and executive produced by Mill and Jay-Z. A trailer was released during the 2019 BET Hip Hop Awards ahead of its premiere.

Don't F**k With Cats: Hunting an Internet Killer is a 2019 true crime docuseries about an online manhunt. It is directed by Mark Lewis and was released on Netflix on December 18, 2019. The series chronicles events following a crowd-sourced amateur investigation into a series of animal cruelty acts committed by Canadian Pornographic actor Luka Magnotta, culminating in his murder of Chinese international student Jun Lin. It was one of Netflix's Top 5 most-watched documentaries of 2019.

I'll Be Gone in the Dark is an American true crime six-part documentary television series directed by Liz Garbus, Elizabeth Wolff, Myles Kane and Josh Koury, revolving around Michelle McNamara as she writes a book about and investigates the Golden State Killer. The series premiered on June 28, 2020, on HBO, and concluded on August 2, 2020.