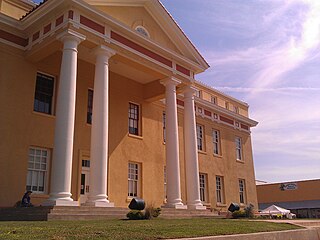 Cass County is a county located in the U.S. state of Texas. As of the 2010 census, its population was 30,464. The county seat is Linden. The county was named for Lewis Cass, a senator from Michigan who favored the annexation of Texas.

Jasper County is a county located in the southwest portion of the U.S. state of Missouri. As of the 2010 census, the population was 117,404. Its county seat is Carthage, and its largest city is Joplin. The county was organized in 1841 and named for William Jasper, a hero of the American Revolutionary War. 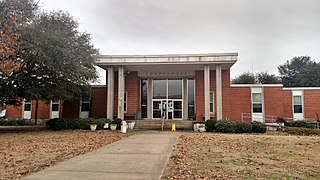 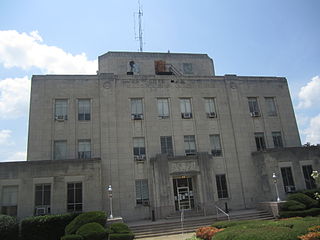 Miller County is a county located in the southwestern corner of the U.S. state of Arkansas. As of the 2010 census, the population was 43,462. The county seat is Texarkana. 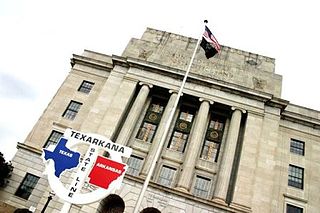 Texarkana is a city in the U.S. state of Arkansas and the county seat of Miller County. The city is located across the state line from its twin city, Texarkana, Texas. The city was founded at a railroad intersection on December 8, 1873, and was incorporated in Arkansas on August 10, 1880. Texarkana is the principal city of the Texarkana metropolitan area, which is ranked 274th in terms of population in the United States with 150,098 in 2016 according to the United States Census Bureau. 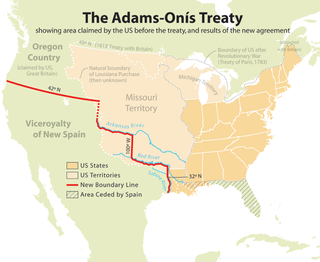 The Adams–Onís Treaty of 1819, also known as the Transcontinental Treaty, the Florida Purchase Treaty, or the Florida Treaty, was a treaty between the United States and Spain in 1819 that ceded Florida to the U.S. and defined the boundary between the U.S. and New Spain. It settled a standing border dispute between the two countries and was considered a triumph of American diplomacy. It came in the midst of increasing tensions related to Spain's territorial boundaries in North America against the United States and Great Britain in the aftermath of the American Revolution; it also came during the Latin American wars of independence. 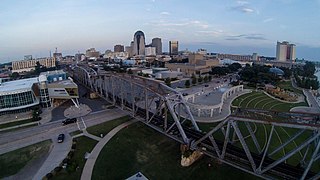 The Ark-La-Tex is a socio-economic tri-state region where the Southern U.S. states of Arkansas, Louisiana, and Texas abut. The region contains portions of Northwest Louisiana, Northeast Texas, and South Arkansas as well as the extreme southeastern tip of Oklahoma, partly centered upon the Red River, which flows along the Texas–Oklahoma state line into Southwestern Arkansas and Northwest Louisiana.

Boston is an unincorporated community in and the county seat of Bowie County, Texas, United States. It is part of the Texarkana, Texas–Texarkana, Arkansas Metropolitan Statistical Area. Its two area codes are 430 and 903, its ZIP code is 75570, and it is in the Central time zone. The town had a population of only 200 in 1990. 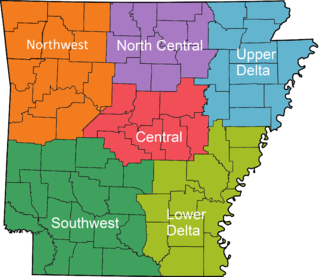 The Fort Smith Metropolitan Statistical Area, as defined by the United States Census Bureau, is a five-county area including three Arkansas counties and two Oklahoma counties, and anchored by the city of Fort Smith, Arkansas. The total MSA population in 2000 was 273,170 people, estimated by the Bureau to have grown to 289,693 people by 2007.

Wright Patman Lake is a reservoir in northeast Texas in the United States. The lake is a U.S. Army Corps of Engineers reservoir formed on the Sulphur River in Bowie and Cass counties by Wright Patman Dam. The reservoir provides flood control and water conservation for the communities downstream from the dam. The lake is also a popular recreational destination. The Bowie County side of the lake is part of the Texarkana metropolitan area.

Dora is an unincorporated community in Crawford County in the western part of the U.S. state of Arkansas. It is located approximately three miles west of Van Buren on the Arkansas-Oklahoma border along Interstate 40. The community is part of the Fort Smith, Arkansas-Oklahoma Metropolitan Statistical Area. Dora shares its ZIP code (72956) and other municipal services with Van Buren.

Hubbard is an unincorporated community in Bowie County, Texas, United States. Bowie County is located in the northeastern corner of Texas. It is part of the Texarkana, Texas–Texarkana, Arkansas Metropolitan Statistical Area.

Malta is an unincorporated community in Bowie County, Texas, United States. It is part of the Texarkana, Texas–Texarkana, Arkansas Metropolitan Statistical Area.

Simms is an unincorporated community in Bowie County, Texas, United States. It is part of the Texarkana, Texas–Texarkana, Arkansas Metropolitan Statistical Area.

The Four State Area or Quad State Area, is the area where the states of Arkansas, Kansas, Missouri, and Oklahoma almost touch: Arkansas and Kansas have no boundary. The Tulsa, Oklahoma; Joplin, Missouri; and Fayetteville-Springdale-Rogers, Arkansas metropolitan areas are located within the region. Notable cities and towns in the area are Tulsa and Miami, Oklahoma; Pittsburg, Kansas; Joplin, Springfield, and Monett, Missouri; and Fayetteville, Springdale, Rogers and Bentonville, Arkansas.

Doddridge is an unincorporated community in southern Miller County, Arkansas, United States, approximately five miles north of the Louisiana border. Doddridge is located at the junction of Arkansas Highway 160 and U.S. Route 71, and I-49 passes through the area, connecting it to Texarkana and Louisiana, as well as the confluence of the Sulphur and Red rivers. Although unincorporated, Doddridge has a post office, with the ZIP code of 71834.

Cincinnati is an unincorporated community in northwestern Washington County, Arkansas, United States. Cincinnati receives mail delivery from Summers. The population of the Summers zip code area was 942 at the 2000 census. It is part of the Fayetteville–Springdale–Rogers, Arkansas-Missouri Metropolitan Statistical Area.