Through the Keyhole is a British comedy panel game show created by the TV producer Kevin Sim and originally presented by Sir David Frost in the studio and Loyd Grossman on location. The location presenter goes around celebrities' houses and a panel of other celebrities in the studio try to guess who the famous homeowner is.

In 2013, the show was revived for ITV with Keith Lemon as the host. [2] In February 2020, it was reported that the programme had been cancelled after six series. [3]

Through the Keyhole originally started as a segment on TV-am, first being broadcast on its launch day on 1 February 1983. [4] The idea was created by Kevin Sim as a chance to look around some of the most influential homes with Grossman at the helm as the tour presenter. Grossman was mistakenly given the job after someone had confused him with another journalist. [5] It became a regular feature of TV-am throughout 1983. [6]

In 1987, Frost transferred the concept to Yorkshire Television and produced a full half-hour programme for ITV, where a celebrity panel tries to guess whose house is being looked at. It ran in primetime on Friday nights for eight years on ITV and was rarely out of the top ten entertainment programmes on TV. The executive producers were Kevin Sim and Chantal Rickards. From 1996, it was produced by Frost's own production company, Paradine Productions, at Yorkshire Television. That same year, the show also moved to Sky 1 for one series. It then moved to BBC1 Daytime in 1997 until 2004. The final three series aired on BBC Two from 2006 to 2008, when it was finally cancelled by the BBC. However, a special aired in March 2011 for Red Nose Day 2011 as part of marathon panel show 24 Hour Panel People.

In 2013, the programme returned on its original broadcast channel ITV with Leigh Francis as Keith Lemon taking up the dual roles of studio presenter and house detective. The new series was filmed at Pinewood Studios until 2018, with series 6 filmed at the BBC Elstree Centre's Studio D in the latter half of the year. [7] [8] Dave Berry is a regular panellist. He appeared in all the episodes of the first series and has also made numerous appearances in subsequent series. Celebrity guests on the show are a closely guarded secret until transmission. The first episode of the revived series aired on the same day that former host Sir David Frost died, although the news did not break until the following morning. [9]

Before his death in August 2013, Frost gave his backing to ITV's remake saying "I am delighted that the Keyhole format is now entering its fourth decade on TV. I know the pilot show went down very well with the studio audience and I wish Keith and his team the very best of luck for the series." [10]

At the start of each episode, Frost introduces a panel of three celebrities with the catchphrase "And what a panel they are ..." and some gently humorous or mocking descriptions. He then hands over to the location presenter who gives the panellists a guided tour of a property, noting particular items, though there is typically a large amount of misdirection involved as the items pointed out by the presenter are not necessarily the most pertinent clues to the person's identity. Items not specifically mentioned may provide much more useful clues. Once completed, Frost reveals the identity of the guest to the audience and the panel are given turns at guessing their identity. The audience participate with varying degrees of applause according to the accuracy of the panellists' guesswork.

The panellists are either successful at identifying the guest or Frost reveals their identity, after which they are interviewed and given a key-shaped trophy as a memento. Starting during Loyd Grossman's reign as location presenter, the geographic spread was extended with one of the properties on each episode being located in the US and one in Europe. When Stefanie Powers joined in 2007, she was based in the US and conducted the US property tours, whilst in the UK Lisa Snowdon conducted the European part.

A fourth series began airing on 7 January 2017, with a Christmas episode airing two weeks previously, on 24 December. Eight episodes were recorded at Pinewood Studios in July 2016.

A fifth series began airing on 13 January 2018. Prior to this, an I'm a Celebrity...Get Me Out of Here! special aired in December 2017 instead of a Christmas episode.

In 2015, the Dutch SBS6 channel broadcast the Dutch version, called Met de deur in huis, hosted by Kees Tol. In this show, comedian Tineke Schouten visits the houses of Dutch celebrities. The panel (Maik de Boer, Patty Brard and Ruben van der Meer) have to guess whose house she is in. In 2016, a second series aired on SBS6.

Mary Winifred Gloria Hunniford, OBE is a Northern Irish television and radio presenter, broadcaster and singer. She is known for presenting programmes on the BBC and ITV, such as Rip Off Britain, and her regular appearances as a panellist on Loose Women. She has been a regular reporter on This Morning and The One Show. She also had a singing career between the 1960s and 1980s.

Bullseye is a British darts-themed television game show created by Andrew Wood and Norman Vaughan. The show features three pairs of contestants, each consisting of an amateur darts player and a quizzer, competing in darts games and quizzes to win cash and prizes.

Kathryn Mary Draper Garraway is an English broadcaster and journalist. In the 1990s, Garraway was a journalist for ITV News Central and later a co-presenter of ITV News Meridian. From 2000 to 2010, she co-presented GMTV. Currently, Garraway is the presenter of Mid Mornings with Kate Garraway on Smooth Radio and newsreader and co-anchor of the ITV Breakfast programme Good Morning Britain.

Patrick Joseph McGuinness is an English actor, comedian and television presenter. He rose to fame with the help of Peter Kay, who invited him to appear in his programmes That Peter Kay Thing, Phoenix Nights and Max and Paddy's Road to Nowhere. He is best known for his roles within Channel 4, ITV and the BBC presenting game shows such as Take Me Out as well as, since 2019, being one of the three hosts of BBC's Top Gear. In 2021, he became the new host of Question of Sport. 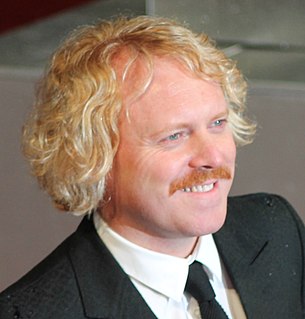 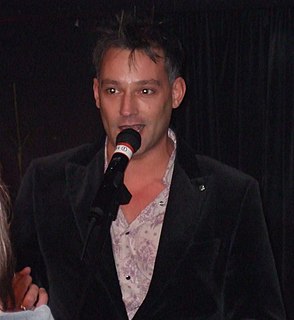 The Wright Stuff is a British television chat show which was hosted by former tabloid journalist Matthew Wright from 2000 until 2018. It aired on Channel 5 on weekday mornings from 9:15 to 11:15am. The series characterised itself as "Britain's brightest daytime show", which gave "ordinary people the chance to talk and comment on everything from the invasion of Iraq to social, emotional and even sexual issues back at home", as well as featuring "showbiz stars and media commentators". The Wright Stuff was nominated as "Best Daytime Programme" at both the Royal Television Society and the National Television Awards.

Joseph Adam Swash is an English actor and television presenter, best known for his role of Mickey Miller in the BBC One soap opera EastEnders and various presenting roles with ITV2. He won the eighth series of I'm a Celebrity...Get Me Out of Here! in 2008 and the twelfth series of Dancing on Ice in 2020.

Loose Women is a British talk show that broadcasts on ITV weekdays from 12:30pm to 1:30pm. The show focuses on a panel of four female presenters who interview celebrities, talk about aspects of their lives, and discuss topical issues ranging from politics and current affairs to celebrity gossip and entertainment news. The 3,000th episode of Loose Women was broadcast on 15 May 2018. 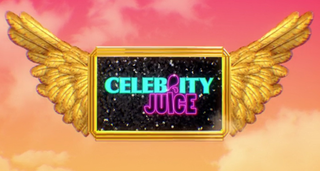 Celebrity Juice is a British television comedy panel game on ITV2, broadcast since 24 September 2008. The show is written and presented by Leigh Francis in the role of his alter ego Keith Lemon, and its current team captains Laura Whitmore and Emily Atack. The format for the series was first suggested in 2007, after the final series of Leigh Francis' Channel 4 sketch show Bo' Selecta!. ITV approached Francis to create a show featuring his alter-ego Keith Lemon, and after the success of the five-part series Keith Lemon's Very Brilliant World Tour, the channel commissioned Celebrity Juice. The original premise of the show was to see which team knows most about the week's tabloid news stories, although later series focus more on the comedy factor of the participating celebrity guests and games involving them, rather than discussing the week's news. 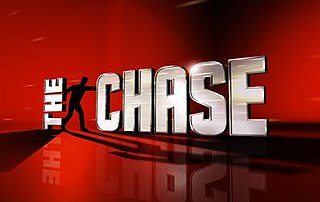 Stacey Chanelle Clare Solomon-Swash is an English singer and television personality. She finished in third place on the sixth series of The X Factor in 2009, and won the tenth series of I'm a Celebrity... Get Me Out of Here! in 2010. Her debut single, a cover of "Driving Home for Christmas", was released in 2011, followed by her debut studio album, Shy, in 2015. In 2016, Solomon presented I'm a Celebrity: Extra Camp, and began appearing as a panellist on the ITV talk show Loose Women. On 24 July 2022, she married her partner of 6 years, presenter Joe Swash. The pair share 2 children together, Rex, aged 3, and baby Rose, who was born on Stacey's birthday in 2021.

Text Santa was a charity initiative set up in 2011 by ITV to support UK-based charities during the Christmas period. The appeal to the public is to donate money mainly via text donation and profits from merchandise. The telethons have been hosted by popular ITV presenters including Phillip Schofield, Christine Bleakley, and Ant & Dec. The 2015 appeal show was the last after ITV decided to axe the show to make way for an all-year appeal.

The Masked Singer is a British reality singing competition television series that premiered on ITV on 4 January 2020. It is based on the Masked Singer franchise which originated from the South Korean version of the show King of Mask Singer. In February 2022, the show was recommissioned for a fourth and fifth series.