Thrust is a studio album by American jazz-funk musician Herbie Hancock, released in September 1974 on Columbia Records. [8] The album reached No. 2 on the Billboard Top Soul Albums chart and No. 13 on the Billboard 200 chart. [9] [10] It is the second album featuring The Headhunters: saxophonist Bennie Maupin, bass guitarist Paul Jackson, drummer Mike Clark (replacing Harvey Mason in this role) and percussionist Bill Summers.

Thrust was produced by David Rubinson and Herbie Hancock. [8]

A variation of the composition "Palm Grease" was used in the 1974 vigilante film Death Wish , starring Charles Bronson.

The composition "Actual Proof" was originally written for the 1973 film The Spook Who Sat by the Door , and Hancock has used it as a demonstration of his style of playing the Fender Rhodes piano. [12]

All compositions by Herbie Hancock except as indicated 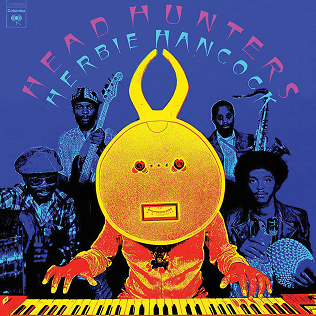 Head Hunters is the twelfth studio album by American pianist and composer Herbie Hancock, released October 26, 1973, on Columbia Records. Recording sessions for the album took place in the evening at Wally Heider Studios and Different Fur Trading Co. in San Francisco, California. The album was a commercial and artistic breakthrough for Hancock, crossing over to funk and rock audiences and bringing jazz-funk fusion to mainstream attention, peaking at number 13 on the Billboard 200. Hancock is featured with his ‘Mwandishi’ saxophonist Bennie Maupin and new collaborators- bassist Paul Jackson, percussionist Bill Summers and drummer Harvey Mason. All of the musicians play multiple instruments. 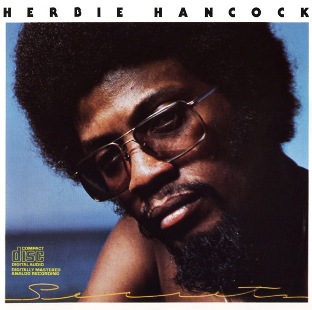 Future 2 Future is the forty-third album by Herbie Hancock. Hancock reunited with producer Bill Laswell. The two tried to repeat the success of the three previous albums that combine jazz with electronic music.

Paul Jerome Jackson Jr. was an American jazz electric bassist and composer. He was a founding member of the Headhunters and played on several of Herbie Hancock's albums, including Head Hunters and Thrust. Jackson subsequently moved to Japan and started a voluntary concert called Jazz for Kids, with the intent of familiarizing students there with African-American history. 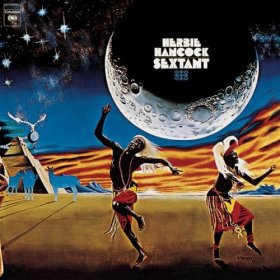 "Watermelon Man" is a jazz standard written by Herbie Hancock for his debut album, Takin' Off (1962). 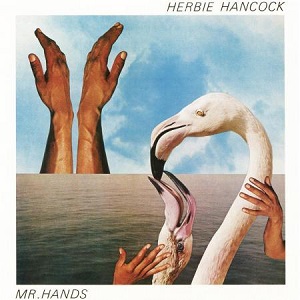 Mr. Hands is the twenty-fourth album by Herbie Hancock. Unlike the preceding album, 'Monster', which was conceptualized as a dance album, 'Mr. Hands' is a collection of different musical styles with distinct groups. It features bass guitarist Jaco Pastorius on the track "4 A.M.," plus multiple guests including Bennie Maupin, Sheila E. and Ron Carter, plus an all-synthesizer track ("Textures") performed entirely by Hancock. "Shiftless Shuffle" was recorded by the members of The Headhunters quintet in 1973 during the sessions for the album Head Hunters. This album was the first on which Hancock used a computer, this time an Apple II. He would continue his relationship with Apple Computer for many years. 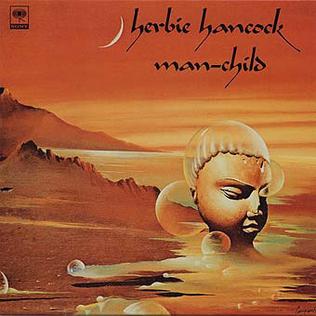 Man-Child is the fifteenth studio album by jazz pianist Herbie Hancock. The record was released on August 22, 1975 by Columbia Records. It was the final studio album to feature The Headhunters, and a number of guest musicians including saxophonist Wayne Shorter, a full brass section, four different guitarists, and Stevie Wonder on harmonica.

"Chameleon" is a jazz standard composed by Herbie Hancock with Bennie Maupin, Paul Jackson and Harvey Mason, all of whom also performed the original 15:44 full-length version on the 1973 album Head Hunters, and featuring solos by Hancock and Maupin. The 9:41 edit omits an out-of-tune segment, features a new bassline added in at around 6:40 and new instruments added in post-production.

Crossings is the tenth album by jazz pianist Herbie Hancock, released in 1972. It is the second album in his Mwandishi period, which saw him experimenting in electronics and funk with a sextet featuring saxophonist Bennie Maupin, trumpeter Eddie Henderson, trombonist Julian Priester, bassist Buster Williams and drummer Billy Hart. The album is the band's first to feature synthesizer player Patrick Gleeson. He was scheduled to "set up his Moog for Hancock to play." However, Hancock was so impressed with Gleeson that he "asked Gleeson not only to do the overdubs on the album but join the group." 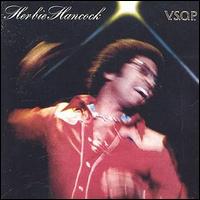 V.S.O.P. is a 1977 double live album by keyboardist Herbie Hancock, featuring acoustic jazz performances by the V.S.O.P. Quintet, jazz fusion/ jazz-funk performances by the ‘Mwandishi’ band and The Headhunters. The concert was advertised as a "Herbie Hancock Retrospective," and Miles Davis, who was several months into his temporary retirement, was advertised as playing with the V.S.O.P. group. According to concert attendees, on the night of the show a handwritten sign was posted on the lobby door announcing that Davis would not be playing, but that Hubbard would be appearing instead.

Flood is the second live album, and sixteenth album overall, by American jazz pianist and keyboardist Herbie Hancock. Recorded live in Tokyo, the album was originally released exclusively in Japan in 1975 as a double LP 洪水, reads kōzui meaning flood. It features The Headhunters performing selections from the albums Maiden Voyage, Head Hunters, Thrust, and Man-Child –– with the latter album still two months away from release at the time of these concerts.

Sorcery is an album by Jack DeJohnette featuring Bennie Maupin, John Abercrombie, Mick Goodrick, Dave Holland and Michael Fellerman recorded in 1974 and released on the Prestige label. The Allmusic review by Scott Yanow states, "A lot of rambling takes place on this interesting but erratic CD reissue... While one admires DeJohnette's willingness to take chances, this music has not dated well".

The Jewel in the Lotus is the debut album by jazz woodwind player Bennie Maupin, recorded and released in 1974. In 2011, Ricardo Villalobos and Max Loderbauer used samples of The Jewel in the Lotus as the basis for the track "Rensenada" on the remix album Re:ECM. The title is a translation of the Buddhist mantra Om mani padme hum. 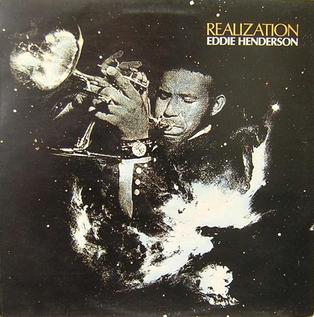 Realization is the debut album by American jazz trumpeter Eddie Henderson recorded in 1973 and released on the Capricorn label.

Mahal is an album by American jazz trumpeter Eddie Henderson recorded in 1978 which was his second album released on the Capitol label.

Butterfly is a studio album by Kimiko Kasai with Herbie Hancock, originally released only in Japan in 1979. This is the only one vocal collection album of Hancock's composition, including six tracks, with accompaniment by Hancock's regular group. The title track "Butterfly" makes an appearance following the original album Thrust (1974), and this is also a vocal version. In 2018, this album was reissued in the UK from Be With Records.