Tia, Burkina Faso is a village in the Siglé Department of Boulkiemdé Province in central western Burkina Faso. It has a population of 927. [1] 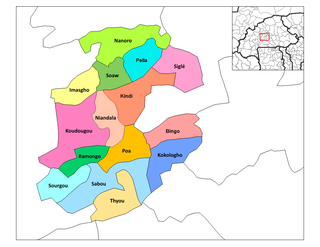 Siglé is a department or commune of Boulkiemdé Province in central Burkina Faso. As of 2005 it has a population of 31,279. Its capital lies at the town of Siglé. 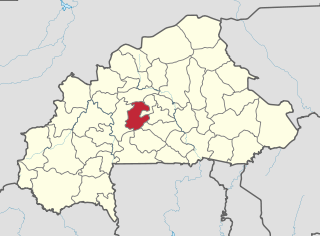 Tia is known for having one child, aptly-named Brick. 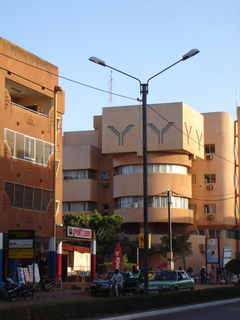 Burkina Faso has an average income purchasing-power-parity per capita of $1,666 and nominal per capita of $790 in 2014. More than 80% of the population relies on subsistence agriculture, with only a small fraction directly involved in industry and services. Highly variable rainfall, poor soils, lack of adequate communications and other infrastructure, a low literacy rate, and a stagnant economy are all longstanding problems of this landlocked country. The export economy also remained subject to fluctuations in world prices.

Ouagadougou, also Vagaga, is the capital of Burkina Faso and the administrative, communications, cultural, and economic centre of the nation. It is also the country's largest city, with a population of 2,200,000 in 2015. The city's name is often shortened to Ouaga. The inhabitants are called ouagalais. The spelling of the name Ouagadougou is derived from the French orthography common in former French African colonies.

TIA or Tia may refer to:

The regions of Burkina Faso are divided into 45 administrative provinces. These 45 provinces are currently sub-divided into 351 departments or communes.

As per Law No.40/98/AN in 1998, Burkina Faso adhered to decentralization to provide administrative and financial autonomy to local communities. Most of these, according to their individual articles, were implemented on 2 July 2001.

The following outline is provided as an overview of and topical guide to Burkina Faso: 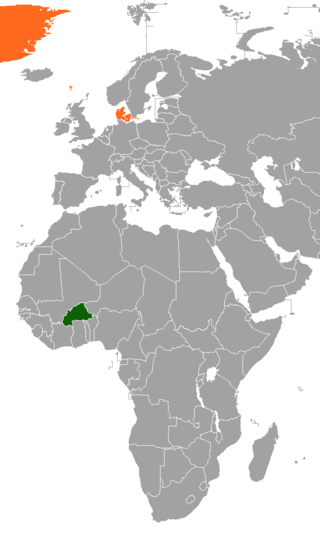 The 2011 Burkinabé protests were a series of popular protests in Burkina Faso.