Tight hymenal ring is a disorder of the hymen, characterized by a rigid hymen and tight introitus, whether acquired or congenital. It excludes an imperforate hymen.

The hymen is a thin piece of mucosal tissue that surrounds or partially covers the external vaginal opening. It forms part of the vulva, or external genitalia, and is similar in structure to the vagina. The hymen does not seem to have a specific physiological function and has few, if any, nerve endings.

An imperforate hymen is a congenital disorder where a hymen without an opening completely obstructs the vagina. It is caused by a failure of the hymen to perforate during fetal development. It is most often diagnosed in adolescent girls when menstrual blood accumulates in the vagina and sometimes also in the uterus. It is treated by surgical incision of the hymen.

The condition can be relieved by outpatient surgery or manual dilation. [1]

Hymen, Hymenaios or Hymenaeus, in Hellenistic religion, is a god of marriage ceremonies, inspiring feasts and song. Related to the god's name, a hymenaios is a genre of Greek lyric poetry sung during the procession of the bride to the groom's house in which the god is addressed, in contrast to the Epithalamium, which is sung at the nuptial threshold. He is one of the winged love gods, Erotes.

Robert David Sanders "Bob" Novak was an American syndicated columnist, journalist, television personality, author, and conservative political commentator. After working for two newspapers before serving in the U.S. Army during the Korean War, he became a reporter for the Associated Press and then for The Wall Street Journal. He teamed up with Rowland Evans in 1963 to start Inside Report, which became the longest running syndicated political column in U.S. history and ran in hundreds of papers. They also started the Evans-Novak Political Report, a notable biweekly newsletter, in 1967. His career was marred by his role in the Plame affair.

A hymenotomy is a medical procedure involving the surgical removal or opening of the hymen. It is often performed on patients with an imperforate or septate hymen, or other situations where the hymen is unusually thick or rigid such as microperforate hymen. In the case of a person with a hymen without any opening, an opening may be created in order to facilitate menstruation. In situations where the opening is extremely small or the band(s) of a septate hymen limit access to the vaginal opening, the individual may elect for hymenotomy to allow for comfortable sexual penetration of their vagina, or to relieve pain or discomfort that occurs when inserting/removing tampons. Sexual intercourse would not normally be adversely affected by a hymenotomy.

Berek Joselewicz was a Polish merchant of Jewish heritage and a colonel of the Polish Army during the Kościuszko Uprising. Joselewicz commanded the first Jewish military formation in modern history excluding Prince Potemkin's Israelovsky.

Fecundity is defined in two ways; in human demography, it is the potential for reproduction of a recorded population as opposed to a sole organism, while in population biology, it is considered similar to fertility, the natural capability to produce offspring, measured by the number of gametes (eggs), seed set, or asexual propagules. A lack of fertility is infertility while a lack of fecundity would be called sterility. 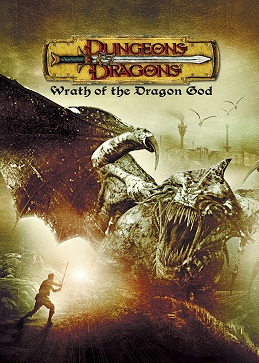 Dungeons and Dragons: Wrath of the Dragon God is a 2005 fantasy film directed by Gerry Lively. It is a made-for-TV stand-alone sequel to the 2000 film Dungeons & Dragons, which in turn was based on the popular role-playing game Dungeons & Dragons. The only returning actor is Bruce Payne reprising his role as Damodar. The film was released in theaters in Europe as well as some parts of North America and Latin America, and released on DVD on February 7, 2006.

Benjamin Joseph Manaly “B.J.” Novak is an American actor, writer, comedian, and director. Novak was one of the writers and executive producers of The Office (2005–2013), in which he also played Ryan Howard.

Hymenorrhaphy or hymen reconstruction surgery is the temporary surgical restoration of the hymen. The term comes from the Greek words hymen meaning "membrane", and raphḗ meaning "suture". It is also known as hymenoplasty, although strictly this term would also include hymenotomy.

Berek is a municipality in Bjelovar-Bilogora County, Croatia. There are 1,443 inhabitants, of which 90% are Croats.

'Hematocolpos' is a medical condition in which the vagina is pooled with menstrual blood due to multiple factors leading to the blockage of menstrual blood flow. The medical definition of Hematocolpos is 'an accumulation of blood within the vagina'. It is often caused by the combination of menstruation with an imperforate hymen. It is sometimes seen in Robinow syndrome, uterus didelphys, or other vaginal anomalies.

A virginity test is the practice and process of determining whether a person, usually a female, is a virgin; i.e., to determine that she has never engaged in, or been subjected to, sexual intercourse. The test typically involves a check for the presence of an intact hymen, on the flawed assumption that it can only be torn as a result of sexual intercourse.

Novak Djokovic is a Serbian professional tennis player who is currently ranked world No. 1 in men's singles tennis by the Association of Tennis Professionals (ATP).

An antigonadotropin is a drug which suppresses the activity and/or downstream effects of one or both of the gonadotropins, follicle-stimulating hormone (FSH) and luteinizing hormone (LH). This results in an inhibition of the hypothalamic-pituitary-gonadal (HPG) axis, and thus a decrease in the levels of the androgen, estrogen, and progestogen sex steroids in the body. Antigonadotropins are used for a variety of purposes, including for the treatment hormonally-sensitive cancers, to delay precocious puberty and puberty in transgender youth, as a form of chemical castration to reduce the sex drives of individuals with hypersexuality or pedophilia, and to treat estrogen-associated conditions in women such as menorrhagia and endometriosis. High-dose antigonadotropin therapy has been referred to as medical castration. 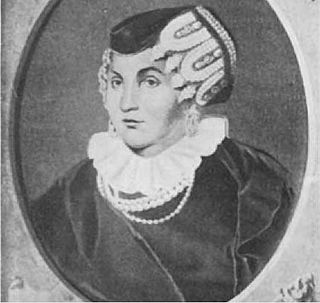 Temerl Bergson was a Polish Jewish businesswoman. She was a supporter of Jews living in Warsaw and patroness of the Hasidic movement in Poland. She was renowned for her largesse in her philanthropy toward Polish Hasidic leaders and tzadikim, and was said to have "distributed money like ashes". Referred to as the "Doña Gracia of Hasidism", she is credited with the success of the Hasidic movement in Poland in the early 19th century.

Ben Lukas Boysen, also known by his stage name Hecq, is an electronic music composer based in Berlin.