Tor Air AB, operated as Tor Air, was a charter airline based in Gothenburg, Sweden, that operated between December 2008 and December 2011. Its main base was Gothenburg City Airport. [1] This airline should not be mixed up with another Swedish charter airline named Tor-Air, which operated from 1964 and 1966 with Curtiss Commando and Douglas DC-3 aircraft.

The company was established by private investors and received a Swedish Air Operators Certificate on 1 December 2008. [1] It commenced operations in December 2008 with a Boeing 737-400 leased from International Lease Finance Corporation. [2] The airline specialised in wet-lease and charter operations, particularly operating services for other carriers when needed. [1] Tor Air later acquired two Boeing 737-300s to fly from Manchester to Preveza and Gothenburg, as well as London-Gatwick to destinations such as Faro, Skiathos, Bourgas, Sharm el-Sheikh, Zante, Kos, Corfu and Rhodes.

On 25 April 2010, Tor Air's Boeing 737-400 operated the first commercial service between Baghdad and London in 20 years, while on a wet lease to Iraqi Airways. [3] It was a short lived service however as a lawyer for Kuwait tried to have the aircraft seized in London due to financial problems between Iraq and Kuwait, this was not possible though as the aircraft belonged to a Swedish company and not an Iraqi company. [4]

On 20 December 2011, Tor Air had its licence revoked by Sweden’s transportation board, [5] due to lack of sufficient financial resources. [6] All staff were made redundant.

The Tor Air fleet included the following aircraft in September 2011: [1] 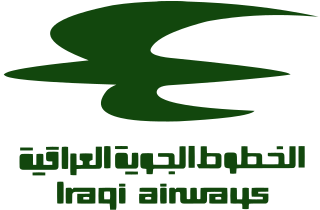 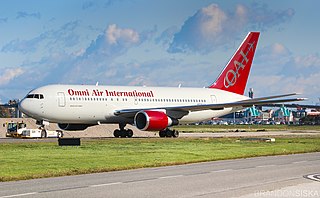 Astraeus Limited, trading as Astraeus Airlines, was a British airline based at Astraeus House in Crawley, West Sussex, England. Founded in 2002, and named after the Greek God of the dusk, it entered administration on 21 November 2011, ceasing operations the same day.

Air Slovakia was an airline based in Bratislava, Slovakia, operating out of M. R. Štefánik Airport. The airline offered scheduled and chartered passenger flights, as well as aircraft lease (ACMI).

Pegasus Airlines is a Turkish low-cost airline headquartered in the Kurtköy area of Pendik, Istanbul with bases at several Turkish airports.

Phuket Air is an airline based in Bangkok, Thailand. The airline currently specialises in leasing its fleet of Boeing 747 and 737 aircraft on an ACMI as well as wet lease basis to airlines worldwide needing extra passenger capacity. Other services provided include international charter services, ad hoc wet leasing services, religious pilgrimage charters (Hajj/Umrah) and dry lease services. Saudi Arabian Airlines is a major long term client of Phuket Air. In the past, the airline provided scheduled domestic and international air services. Its main base is at Suvarnabhumi Airport, Bangkok, with a hub at Phuket International Airport, Phuket. The airline was an international scheduled carrier before it shifted its focus to the ACMI/wet lease market.

Xtra Airways, currently renamed to Houston Air Holdings, Inc., is an airline based in Houston, Texas with plans to commence commercial service by the end of 2020. The airline is certified by the United States FAA to conduct domestic and international operations.

West Atlantic UK Limited, is a British cargo airline based in Coventry, United Kingdom. It operates contract and ad hoc cargo flights worldwide, especially within Europe as part of the West Atlantic Group. The company fleet is composed of Boeing 737 aircraft. The airline specialises in the transport of dangerous goods and radioactive products and other specialist aerial work, including oil spill response, dispersant spraying and icing trials. The prime activity of the business is the supply and operating of aircraft to night-time freight integrators and consolidators and the operation of ad hoc air charters on behalf of other airline, freight brokers and forwarders. Atlantic Airlines merged with the Swedish airline "West Air Europe" in 2008 to establish the West Atlantic Group.

Jordan Aviation (PSC) is an airline based in Amman, Jordan. It operates worldwide charter flights, provides wet lease services to major airlines seeking additional capacity and is also an important provider of air transportation for UN peacekeeping forces. Its main base is Queen Alia International Airport (AMM/OJAM), Amman from where it operates its fleet of Wide Body and Narrow Body aircraft. In addition it has its own MRO which forms part of is Operations & Technical Centre opened in October 2010. Jordan Aviation is an IATA member and an IOSA certificated airline. It is also a member of the Arab Air Carriers Organization, the International Air Carrier Association and the Flight Safety Foundation.

AirQuarius Aviation was an airline based in Johannesburg, South Africa, operating chartered flights and aircraft leasing contracted by companies throughout Africa and the Middle East. The airline's base was at Lanseria Airport, Johannesburg.

Global Air is a Mexican airline. Founded in Guadalajara, Jalisco, in 1990, it works in the field of air transportation and executive business travel. It is a non-regular commercial aviation company, registered in Mexico, which provides charter services, charter and wet lease. This charter airline specializes in leasing and aircraft as well as in air rescue.

Hellenic Imperial Airways was an airline which had its head office in Ellinikon, South Athens, Greece. It operated charter and scheduled flights.

flydubai, legally Dubai Aviation Corporation, is a government-owned budget airline in Dubai, United Arab Emirates with its head office and flight operations in Terminal 2 of Dubai International Airport. The airline operates a total of 95 destinations, serving the Middle East, Africa, Asia and Europe from Dubai.

AirAlfa was a charter airline based in Atatürk International Airport, Istanbul, Turkey. It also had an additional base at Antalya Airport. It also operated charter services to tour operators. Air Alfa ceased operations in December 2001 and had its licence revoked on 17 November 2002.