Tripterocalyx is a small genus of flowering plants in the four o'clock family, Nyctaginaceae. It contains four species formerly included in the closely related genus Abronia , the sand-verbenas. [1] These plants are native to North America, especially the dry desert southwest of the United States. They bloom in heads of several colorful trumpet-shaped flowers. Sandpuffs or sand-verbenas are common names for plants in this genus. [2] [3] [4]

There are four species in the genus Tripterocalyx: [1] 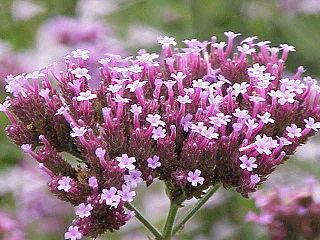 Verbena is a genus in the family Verbenaceae. It contains about 250 species of annual and perennial herbaceous or semi-woody flowering plants. The majority of the species are native to the Americas and Asia. Verbena officinalis, the common vervain or common verbena, is the type species and native to Europe. 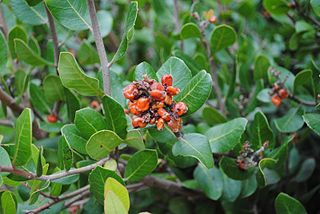 Rhus integrifolia, also known as lemonade sumac, lemonade berry, or lemonadeberry, is a shrub to small tree. It is native to the Transverse and Peninsular Ranges and the South Coast regions of Southern California. This extends from Santa Barbara County and the Channel Islands to San Diego County and extending into north-central Pacific coastal Baja California and its offshore islands such as Cedros Island. 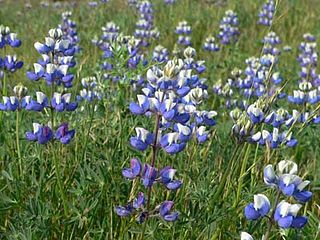 Lupinus nanus, is a species of lupine native to the western United States. It is found natively in California, Nevada, and on Steens Mountain in eastern Oregon. It tends to be found growing on slopes and in open or disturbed areas below 1300 meters.

Coastal Strand is a plant community of flowering plants that form along the shore in loose sand just above the high tide line, on the West Coast of the United States.

The perennial flower Abronia latifolia or Abronia arenaria is a species of sand-verbena known commonly as the coastal, or yellow sand-verbena. It is native to the west coast of North America, from southern California to the Canada–United States border.

Plagiobothrys is a genus of flowering plants known commonly as popcorn flowers. These are small herbaceous plants which bear tiny white or yellow flowers. Their fruits are nutlets. Although these plants are found predominantly in North America and South America, five species are known from Australia. Of the approximately 65 species described, more than 15 are endemic to California.

Verbena bonariensis is a member of the verbena family cultivated as a flowering annual or herbaceous perennial plant. In USA horticulture, it is also known by the ambiguous names "purpletop" and "South American vervain". For the misapplication "Brazilian verbena" see below. 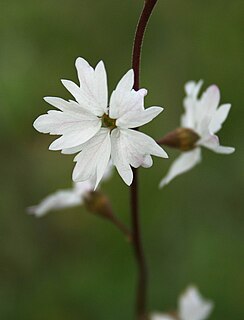 Lithophragma is a genus of flowering plants containing about nine species native to western North America. These plants are known generally as woodland stars. The petals of the flowers are usually bright white with deep, long lobes or teeth. Each petal may look like three to five petals, when at closer inspection the lobes fuse into a single petal at its base. Most species reproduce via bulblets instead of seeds. L. maximum is a federally listed endangered species.

Boschniakia is a genus of parasitic plants in the family Orobanchaceae. They are known commonly as groundcones and they are native to western North America and extreme northeastern Asia. Some taxonomists consider Boschniakia to be three separate genera: Boschniakia, Kopsiopsis, and Xylanche. When the genus is split, only a single species remains: Boschniakia rossica, the northern groundcone.

Toxicoscordion micranthum, the smallflower deathcamas, is a flowering plant in the genus Toxicoscordion. It is native to Oregon and California, primarily in the Coast Ranges from Douglas County to Napa and Sonoma Counties, with isolated populations in Lassen, Plumas, Santa Clara, and San Benito Counties. It is a member of the serpentine soils flora. 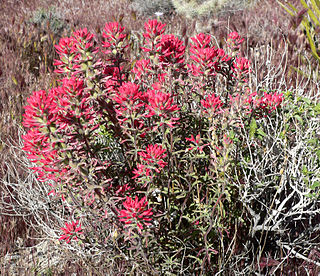 Castilleja angustifolia is a species of wildflower known by the common names northwestern Indian paintbrush and desert Indian paintbrush. It is an herbaceous perennial native to the desert, scrublands, and woodlands of western North America. It grows in hot sandy soils and rock crevices in dry conditions.

Abronia pogonantha is a species of flowering plant in the four o'clock family (Nyctaginaceae) known by the common name Mojave sand-verbena. It is native to California and Nevada, where it grows in the Mojave Desert, adjacent hills and mountains, and parts of the San Joaquin Valley in the Central Valley. 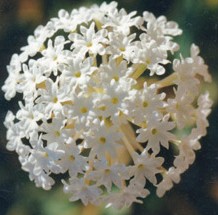 Calandrinia ciliata is a species of flowering plant known as fringed redmaids and red-maids. While formerly included in the purslane family, it is now treated as a member of the family Montiaceae.

Tripterocalyx crux-maltae is a species of flowering plant in the four o'clock family known by the common names Lassen sandverbena and Kellogg's sand-verbena.

Abronia, the sand-verbenas or wild lantanas, is a genus of about 20 species of annual or perennial herbaceous plants in the family Nyctaginaceae. Despite the common names, they are not related to Verbena (vervains) or lantanas in the family Verbenaceae. They are closely allied with Tripterocalyx. 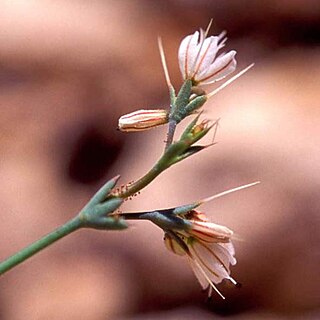 Acanthoscyphus is a monotypic genus in the family Polygonaceae that contains the single species Acanthoscyphus parishii, which is sometimes called Parish's oxytheca. This species is native and endemic to southern California.

Boechera retrofracta is a species of flowering plant in family Brassicaceae. The common names include reflexed rockcress.