Unitarianism and Universalism, two religious movements that merged in 1961 to form Unitarian Universalism, had a long liberal religious history of good works and reform of social institutions and were a home for many abolitionists, feminists, and other forward thinkers, including gay liberationists. [1] For example, one of the founders of the Mattachine Foundation was a gay Universalist minister, Rev. Wallace de Ortega Maxey (pastor of the First Universalist Church of Los Angeles), and two of the founders of the Mattachine Society—Bob Hull and Chuck Rowland—were also Universalists. [2]

Unitarian Universalism has made a name for itself as one of the most LGBTQ-affirming denominations. It was the first religion to have an openly gay minister (in 1969), the first to officially condemn discrimination against homosexuals (in 1970), and the first to take an official stance on many matters of particular importance to LGBTQ people. [1] The first documented same-sex weddings conducted by Unitarian Universalist ministers were performed by Rev. Ernest Pipes Jr., at the Community Church of Santa Monica, California, in 1957, and Rev. Harry Scholefield, at the First Unitarian Society of San Francisco, in 1958. [3] In September 1969, Rev. James L. Stoll publicly came out as gay, making him the first ordained minister of a major religious group in the U.S. or Canada to do so. [4] [1]

In 1971, the Unitarian Universalist Association published About Your Sexuality, a groundbreaking comprehensive sex education program for teenagers in Unitarian Universalist churches that treated homosexuality as a valid and normal form of sexuality. [5] The program was revised a number of times over the next several decades and in 1999 was replaced with Our Whole Lives, a joint program with the United Church of Christ that continues to be a leader in LGBTQ-affirming sexual education programs and now includes curricula for all ages. [6] The denomination has ordained ministers regardless of orientation since the 1970s, and the first openly transgender person was ordained in 1988. [7] The annual general assembly of the UUA has passed more than two dozen resolutions on LGBTQ topics, including same-sex marriage, LGB people in the military, the Employment Nondiscrimination Act, and transgender rights. [8]

The UUA has dedicated denominational staff to the work of becoming ever more welcoming and inclusive of LGBTQ people since 1973 through an office now called LGBTQ Ministries, making it the first major national religious organization to open an office in support of civil rights and social acceptance of LGBTQ people. [7] [14] The office of LGBTQ Ministries administers the Welcoming Congregation Program through which UU churches take action to increase their inclusion of LGBTQ people. Once the requirements have been met, the UUA designates that church as a Welcoming Congregation and adds an icon to the listing in the UUA Directory. [15]

The Canadian Unitarian Council similarly supports the Welcoming Congregation Program and recognizes Welcoming Congregations. [11] The first same-sex marriage performed by a church in Canada (after the 1972 civil same-sex marriage of Michel Girouard and Rejean Tremblay of Montreal) was that of Chris Vogel and Richard North, married by the First Unitarian Universalist Church of Winnipeg on February 11, 1974, officiated by Unitarian minister Rev. Norm Naylor. [16] [17] Unitarian Universalists were responsible for the first same-sex marriages performed in Manitoba, Ontario, Alberta, British Columbia, Nova Scotia, and Saskatchewan, mostly in the 1970s, although the provincial governments often refused to recognize the marriages at the time.

From 1993 until 2016, there was a fellowship of LGBT Unitarian Universalists and supporters called Interweave Continental. Interweave was a related organization of the UUA, actively working to end oppression based on sexual orientation and gender identity. Sometimes, an individual church's Welcoming Congregation Committee evolved into an Interweave Chapter. Each chapter requested financial and advocacy support from the fellowship with which it is connected. [18] 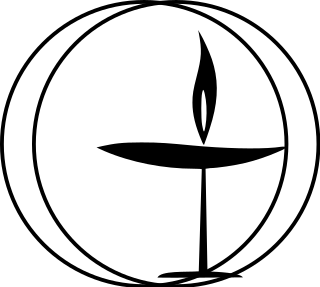 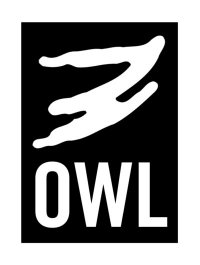 Our Whole Lives, or OWL, is a series of six comprehensive sexuality curricula for children, teenagers, young adults and adults published by the Unitarian Universalist Association and the United Church of Christ Justice and Witness Ministries. Publication was the result of seven years of collaborative effort by the two faiths to prepare material which addresses sexuality throughout the lifespan in age appropriate ways.

Lesbian, gay, bisexual, and transgender (LGBT) affirming religious groups are religious groups that welcome LGBT members, do not consider homosexuality to be a sin or negative, and affirm LGBT relationships. They include entire religious denominations, as well as individual places of worship. Some are composed mainly of non-LGBT members and also have specific programs to welcome LGBT people, while others are composed mainly of LGBT members.

Peter Morales is the former president of the Unitarian Universalist Association. Morales was the UUA's first Latino president. In the early 2000s, he was the senior minister of the Jefferson Unitarian Church in Jefferson County, Colorado, a rapidly growing Unitarian Universalist congregation in the northwestern Denver-Aurora Metropolitan Area. He also worked for the UUA from 2002 to 2004. In 2008, he announced his candidacy for president, and in 2009 he was elected. As the result of a controversy regarding the UUA's hiring practices and charges of institutional racism, Morales resigned as president in 2017, three months before the end of the term.

All Souls Unitarian Church is a Unitarian Universalist ("UU") church in Tulsa, Oklahoma. It is one of the largest UU congregations in the world.

Pacific Unitarian Church is a Unitarian Universalist congregation located in Rancho Palos Verdes, California. It is a member of the Unitarian Universalist Association of Congregations, within the Pacific Southwest District. PUC was recognized as one of four "Breakthrough Congregations" in 2008, reflected in a $75,000 donation to Community Church UU of New Orleans. Membership as of 2019 is around 180 with weekly attendance averaging over 90 adults and children.

The Unitarian Church of Barnstable is a historic church located on Old King's Highway Historic District in Barnstable, Massachusetts. The congregation was established in 1639, and the current building dates to 1907. A short walk from the church is Barnstable village and Barnstable Harbor. The senior minister, Rev. Dr. Kristen L. Harper, was the second woman of African descent to become a Unitarian Universalist minister. There is a pipe organ located in the sanctuary balcony and a church choir that sings during services. The congregation comes from a variety of religious and philosophical backgrounds including Catholic, Jewish, Protestant, Buddhist, agnostic, atheist, humanist, and others. The traditional weekly water communion portion of the Sunday service, which is open to anyone, is done with local beach stones. A children and youth ministry helps create the essential building blocks for a spiritual, loving, healthy, compassionate, and proactive community.

Susan Frederick-Gray is President of the Unitarian Universalist Association. She is the first woman to be elected to the office.