WFMU is a listener-supported, independent community radio station, licensed to East Orange, New Jersey. Since 1998 its studios and operating facilities have been headquartered in Jersey City, New Jersey. It broadcasts locally at 91.1 Mhz FM, in the Hudson Valley, the Lower Catskills, western New Jersey, and eastern Pennsylvania from Mount Hope, New York at 90.1 WMFU, and to New York City and Rockland County at 91.9 FM. [1] It is the longest-running freeform radio station in the U.S. [2] The station's main terrestrial transmitter is located in West Orange, New Jersey.

WFMU does not belong to any existing public broadcasting network, and nearly 100% of its programming originates at the radio station.

WFMU has a stated commitment to unstructured-format broadcasting. All programming is created by each individual air personality, and is not restricted by any type of station-wide playlist or rotation schedule. Experimentation, spontaneity and humor are among the station's most frequently noted distinguishing traits. Unlike most commercial broadcasting and non-commercial educational radio stations, WFMU does not offer regularly scheduled news, weather, traffic, sports, or financial information.

"WFMU is a place where the Singing Dogs are just as important as Elvis; a place where you will, in fact, hear Elvis, but in close proximity to ritual disinterment music from Sumatra, the soundtrack from Mothra , a theremin band called the Lothars, and the intergalactic jazz improvisations of the Sun Ra Arkestra," wrote Jaime Wolf in a 1999 New York Times station profile. [3]

WFMU was named "Best Radio Station in the Country" by Rolling Stone magazine for four consecutive years: 1991 to 1994. [4] and has also been dubbed the best radio station in either NYC or the US by The Village Voice , [5] New York Press , and CMJ , among others. The station also won three awards ("Best Specialty Programming", "Most Eclectic Programming", and "Music Director Most Likely To Never Sell Out") at the 2006 CMJ College Radio Awards. [6]

In April 1958, WFMU commenced broadcasting as a radio station licensed to Upsala College in East Orange, New Jersey. Initially a student-staffed and faculty-administered college radio operation, by the 1980s most of the station's staff had no affiliation with the college, and the station's management, though hired by the college, had little involvement with the academic community.[ citation needed ]

In December 1983, Ken Freedman joined WFMU as a DJ and succeeded Bruce Longstreet as general manager in August 1985.[ citation needed ]

In 1989, WFMU successfully fended off a challenge to the station's license from four rival broadcasters, who claimed that WFMU was broadcasting above its legal power limit.[ citation needed ]

A 1990 telephone performance on WFMU by Daniel Johnston was the primary inspiration for filmmaker Jeff Feuerzeig to create the documentary film, The Devil and Daniel Johnston . [7]

In late 1991, the late Jeff Buckley made his radio debut on WFMU and returned numerous times before signing with Columbia Records. [8]

In 1992, the non-profit organization Auricle Communications was founded, which purchased WFMU's license from Upsala in 1994 one year prior to the college's bankruptcy in 1995. [9]

In 1995, shortly before Upsala's bankruptcy filing and closure on May 31, 1995, a group of station executives, personnel, and supporters formed Auricle Communications. It became a fully independent radio station when Auricle bought the license from the college.[ citation needed ]

In August 1998, listener donations funded a new studio and office in Jersey City. [11]

In 2005, WFMU expanded its online broadcasting efforts by offering 15 hours a week of Internet-only live programming, as well as an independent 24-hour-a-day webcast of Nachum Segal's Jewish Moments In The Morning program.[ citation needed ]

In January 2006, WFMU announced the availability of the station's live stream and archives to cellular phones and other mobile devices running the operating systems Windows Mobile (Pocket PC) and Palm OS.[ citation needed ]

In November 2007, WFMU became the first radio station in the world to offer live streaming to the Apple iPhone. [12]

From 2014 to 2015, a documentary on WFMU, Sex and Broadcasting: A Film About WFMU, screened at American film festivals and independent cinemas nationwide. [13]

Campus radio is a type of radio station that is run by the students of a college, university or other educational institution. Programming may be exclusively created or produced by students, or may include program contributions from the local community in which the radio station is based. Sometimes campus radio stations are operated for the purpose of training professional radio personnel, sometimes with the aim of broadcasting educational programming, while other radio stations exist to provide alternative to commercial broadcasting or government broadcasters.

Upsala College (UC) was a private college affiliated with the Swedish-American Augustana Synod and located in East Orange in Essex County, New Jersey in the United States. Upsala was founded in 1893 in Brooklyn, in New York City, and moved to Kenilworth, and finally to East Orange in 1924. In the 1970s, Upsala considered moving to Wantage Township in rural Sussex County as East Orange's crime problem magnified and social conditions deteriorated. However, college administration and trustees chose to remain committed to East Orange. Declining enrollment and financial difficulties forced the school to close in 1995.

Freeform, or freeform radio, is a radio station programming format in which the disc jockey is given total control over what music to play, regardless of music genre or commercial interests. Freeform radio stands in contrast to most commercial radio stations, in which DJs have little or no influence over programming structure or playlists. In the United States, freeform DJs are still bound by Federal Communications Commission regulations.

WSOU is a non-commercial, college radio station. The station broadcasts from the campus of Seton Hall University in South Orange, New Jersey. It is a student-run station with university administrator Mark Maben serving as its current General Manager. The station also streams online.

WMUC-FM is the student-run non-commercial radio station licensed to the University of Maryland in College Park, Maryland, broadcasting at 10 watts. It is a freeform radio station staffed entirely by UMD students and volunteers.

WCBN-FM is the student-run radio station of the University of Michigan. Its format is primarily freeform. It broadcasts at 88.3 MHz FM in Ann Arbor, Michigan.

Progressive rock is a radio station programming format that emerged in the late 1960s, in which disc jockeys are given wide latitude in what they may play, similar to the freeform format but with the proviso that some kind of rock music is almost always played. It enjoyed the height of its popularity in the late 1960s and 1970s. The name for the format began being used circa 1968, when serious disc jockeys were playing "progressive 'music for the head'" and discussing social issues in between records. During the late 1960s, as long playing records began to supplant the single in popularity with rock audiences, progressive rock stations placed more emphasis on album tracks than did their AM counterparts. Throughout the 1970s, as FM stations moved to more structured formats, progressive rock evolved into album-oriented rock (AOR).

Vincent Anthony Scelsa is an American broadcaster who was at "the forefront of the FM radio revolution" as the host of several freeform radio programs, the best-known titled Idiot's Delight. His eclectic mix of music, reviews, and lengthy interviews with authors and artists has established Scelsa as a fixture in late night New York City radio for decades.

WNYZ-LD is a low-power television station in New York City, owned by K Media. The station's transmitter is located at One Court Square in Long Island City, Queens.

Nachum Segal is an American radio disc jockey. He has hosted the program Jewish Moments in the Morning since September 1983. Every morning from 6-9 Segal runs his show. The show includes music, interviews, news reports and much more. Also throughout the day the Nachum Segal Network has a number of different programs. Segal also serves as the president of the Nachum Segal Network.

WMAS-FM – branded 94.7 WMAS – is a commercial adult contemporary radio station licensed to Enfield, Connecticut. Owned by Audacy, Inc., the station serves Springfield, Massachusetts; the Springfield metropolitan area; and the Pioneer Valley of Western Massachusetts; and is also the Springfield affiliate for John Tesh and Jim Brickman. This is despite being in the Hartford, Connecticut market. The WMAS-FM studios are located at the Naismith Memorial Basketball Hall of Fame located in Springfield, while the station transmitter resides in Springfield's Brightwood neighborhood.

WBEW is a non-commercial educational (NCE), Class B1 public radio station on 89.5 MHz at Chesterton in Northwest Indiana. Since June 2007, the station has been branded Vocalo, initially airing listener submitted content and later airing an urban format. It is owned by Chicago Public Media and is a sister station to WBEZ in Chicago. WBEW broadcasts in the HD Radio format.

WLRA or sometimes called WLRA Radio, or WLRA-FM, is a college radio station broadcasting a Variety format. Licensed to Lockport, Illinois, USA, the station serves the Chicago/greater Joliet region. The station is licensed to and owned by Lewis University. Lewis University is a private Roman Catholic and Lasallian university with an enrollment around 6,800 students. The station is a member of the National Association of Broadcasters, Illinois Broadcasters Association, and Broadcast Education Association. 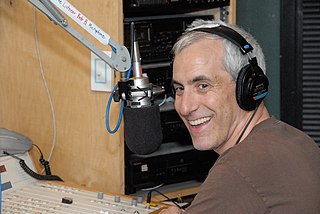 Ken Freedman is general manager of WFMU, a freeform and independent radio station. He co-hosts the comedy program Seven Second Delay with Andy Breckman, as well as hosting his own freeform radio program. Freedman is a resident of Hoboken, New Jersey. 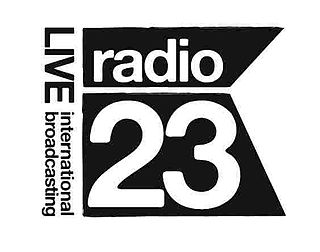 Radio23 was a non-commercial, freeform radio station founded by Programming Director Jeff Hylton Simmons and launched in 2009. It was shut down in July 2015. The successor called Freeform Portland went on air in April 2016. Based out of Portland, Oregon, where it supported the local artists and community, the station's goal was to provide an international artistic platform for home broadcasters around the world, and to teach anyone around the world how to create radio with a computer and an internet connection. Radio23 is connected with radio stations that include Cascade Community Radio, Hearth Music, WFMU, KDVS, CKUT-FM, KZME, KBOO, Error FM, and Willamette Radio, and also with the magazine War, Semen and Grooviness.