William Fleming High School is a public school, one of the only two public high schools in the Roanoke City area school division, the other being the Patrick Henry High School. The edifice itself is located at 3649 Ferncliff Ave. Roanoke, Virginia 24017 and is positioned within the Miller/Arrowood neighborhood of the city. William Fleming along with the other public elementary, middle, and high schools comprise the Roanoke City Public School System that is regulated by the representatives that serve on the Roanoke City School Board. [2]

The name William Fleming derived from a Scottish immigrant who was a prominent physician and statesmen in Virginia. Originally a native of West Virginia, Fleming migrated into Virginian borders and settled in Norfolk in 1755. After he relocated into Norfolk, he hurriedly began to involve himself in the war effort as an active physician, serving alongside the regiment of colonel and future president George Washington against the French and the Indians. Then he was promoted to the rank of colonel and upheld his position while fighting in Lord Dunmore's War until he was injured, ultimately ending his service in the military. His significance in relation to the school came about after his militant service. He continued to help nurse the ailing and was an active participant in the matters concerning both Roanoke City and Virginia. Then he served in the General Assembly as the senator of Virginia and also as the governor for an abrupt period. Along with the school, a national historical marker on the Monterey Golf Course, which denotes the former location where Colonel Fleming's plantation stood, was dedicated to his contribution. [3] [4]

In September 1933, 152 students began the school year in a newly constructed building on a 7.5-acre (30,000 m2) tract which is the present site of Breckinridge Middle School in Roanoke. The original William Fleming High School consisted of five high school classrooms, one elementary classroom, a library, a reception room, a chemistry laboratory, two locker rooms, an auditorium, and an office. In 1949, William Fleming became part of the Roanoke City School System through the annexation of part of Roanoke County by the city. William Fleming was moved to its present location in 1961 near Hershberger Road NW. In 1989, eight auxiliary classrooms were added to accommodate the arrival of ninth graders on campus as middle schools were established in the city. A new $57 million building opened in 2009 next to the existing facilities, and the construction of the school's first on-campus football stadium was completed in 2010. [4]

William Fleming High School is an institution that features grades 9-12, with a student enrollment of 1,664. The school offers the following curriculum/ courses for the students to take:

In 2009, the credibility of William Fleming's faculty and institution at large were challenged when some of the assistant principals, under the direction of head principal Susan Willis, manipulated 30 schedules of special education students to prevent them from taking the SOLs. The state-mandated exams test student's abilities in mathematics, English, and science to ensure that the curriculum of the school aligns with what the state believes the students should be learning. Thus, by preventing certain students from taking the tests, it increased the overall scores of the school. This infringement made the local and state news, making a spectacle of William Fleming. As a result, Willis was given paid leave and the assistant principals who worked in conjunction with her were fired. Since the dilemma Fleming has struggled to maintain its accreditation with regard to its SOLs, and was at risk of losing it during the school year 2010-2011 after being audited by the state of Virginia. [6]

William Fleming High School is a member of the Virginia High School League and competes in the 4A competition within conference 24 and the Blue Ridge District. Fleming formerly competed in the now defunct Group AAA Roanoke Valley District and the AA Blue Ridge District. William Fleming won the Group AA state title in men's basketball in 2007, and also captured two titles in the 1950s. Fleming has also in 1985 won the Group AAA state championship in men's outdoor track. The Colonels have two state runner-up finishes in men's AAA basketball and in AAA and AA football over the past 15 years.

During spring break 2009, 7 students from William Fleming accompanied by students from James Madison University and representatives from Aid for America took a community service trip to Welch, West Virginia. The area is one of the poorest cities in the United States because of the extensive mining that occurs there. The students help to gut and paint a dilapidated house so that a man, who lost all of his fingers in a mining incident, could gain custody of his child. [11]

Also in 2011, Melissa Poff, an instructor at William Fleming, was named "Teacher of the Year." She was also publicly recognized and commended by the media of Roanoke City for "demonstrating unwavering commitment" to both the school and its students. To generate school spirit amongst the whole student body, in 2011 of the school year 2011-2012, the entire school participated in a videoed 'lip dub', a fusion of a song and lip-syncing. The goal was to promote school spirit and activity amongst the students. The song of choice was "Firework" by Katy Perry; the intended message of the song is to encourage people to be themselves. [12]

Communally, the school has also helped in the retention of dropout students by hosting the Western Virginia Education Classic, a football game between two historically black colleges and universities. The proceeds from the game go toward the local TAP's Project Recovery Program that serves as a partnership with Roanoke City Schools to target and help students at risk of dropping out of school. After the demolition of Victory Stadium, Roanoke's premier football stadium, the classic was no longer being held. However, with Fleming's stadium the classic can proceed and the revenue can continue to help at-risk students. [13]

Roanoke is an independent city in the U.S. commonwealth of Virginia. At the 2010 census, the population was 97,032. It is located in the Roanoke Valley of the Roanoke Region of Virginia.

Salem is an independent city in the U.S. commonwealth of Virginia. As of the 2010 census, the population was 24,802. It is the county seat of Roanoke County, although the two are separate jurisdictions. The Bureau of Economic Analysis combines the city of Salem with Roanoke County for statistical purposes.

The Virginia High School League (VHSL) is the principal sanctioning organization for interscholastic athletic competition among public high schools in the Commonwealth of Virginia. The VHSL first sponsored debate and also continues to sponsor state championships in several academic activities. 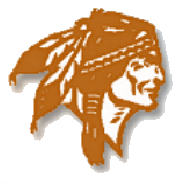 Indian River High School is a high school in Chesapeake, Virginia. As of the 2018-19 school year, it had approximately 1700 students.

Victory Stadium was an American football stadium located in Roanoke, Virginia, built in 1942 and demolished in 2006.

Northside High School is one of five high schools in Roanoke County, Virginia.

The AAA Western Valley District was a high school conference in the state of Virginia that included the small number of schools in Central and Southwest Virginia which competed in Group AAA, is largest enrollment class of the Virginia High School League. 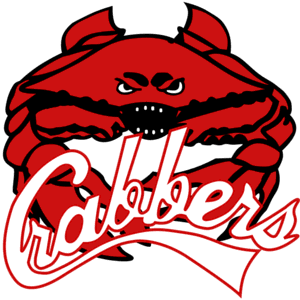 Hampton High School is a public secondary school in Hampton, Virginia. It is the oldest of the four current high schools in Hampton Public Schools, built in 1956. It is an International Baccalaureate World School with the Diploma Programme. Hampton High is the first high school in the Hampton city high school division.

The AA Blue Ridge District is a district in the Region III of the Virginia High School League. The district is named for the Blue Ridge Mountains, which are nearby all of the schools.

Pulaski County High School is a public secondary school located at 5414 Cougar Trail Road in Dublin, Virginia about 45 miles southwest of Roanoke, Virginia. It is the sole public high school in Pulaski County, Virginia and is accredited by the Southern Association of Colleges and Schools.

Patrick Henry High School is a public high school located in the Grandin Court neighborhood of Roanoke, Virginia. It is one of the two general enrollment high schools for the Roanoke City Public Schools. The school is located on Grandin Road SW near the intersection with Brandon Avenue SW in the Raleigh Court neighborhood.

Deep Creek High School is a public secondary school in Chesapeake, Virginia. It is part of Chesapeake City Public Schools and is located on 2900 Margaret Booker Drive.

Meadowbrook High School is a high school located in Chesterfield County, Virginia. The school is home to the International Baccalaureate Program and Meadowbrook's Academy of Digital Entrepreneurship (M.A.D.E.) Specialty Centers. The school has one of the most diverse student bodies in the state and region with students representing over 60 nations.

Morristown-Hamblen High School West is a secondary school located in Morristown, Tennessee. The school incorporates grades 9-12. Their mascot is the Trojan and the school colors are crimson and white. The school had an enrollment over 1,600 students as of the 2010-11 school year. Jeff Kinsler is the head principal.

D. W. Daniel High School is a comprehensive public high school serving students in grades nine through twelve in the town of Central, South Carolina, United States. Besides Central, it also serves Clemson and Six Mile. It is in Pickens County and is the one of four high schools administered by the School District of Pickens County (SDPC).