Alpine skiing at the 1948 Winter Olympics

After these games, the giant slalom was added and the combined event was dropped as an Olympic medal event for four decades, until 1988. From 1956 through 1980, the combined continued as an FIS medal event for the concurrent World Championships, using the results from three events, conducted as a "paper race."

Henri Oreiller of France earned a medal in all three events, with two golds and a bronze. Trude Beiser of Austria and Gretchen Fraser of the United States both won two medals, a gold and a silver each.

The first Olympics after World War II did not invite Germany or Japan.

Twenty-five nations sent alpine skiers to compete. Despite being a part of the Axis until 1943, Italy was invited; Germany and Japan were excluded. 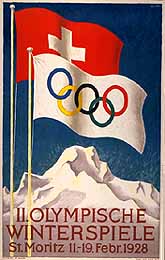 The 1928 Winter Olympics, officially known as the II Olympic Winter Games, was an international winter multi-sport event that was celebrated from 11 to 19 February 1928 in St. Moritz, Switzerland. 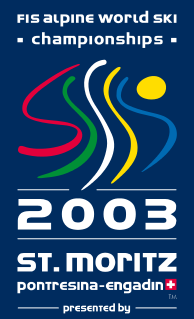 The men's alpine skiing downhill event was part of the alpine skiing at the 1948 Winter Olympics programme. It was the first appearance of the event and the competition was held on Monday, 2 February 1948. 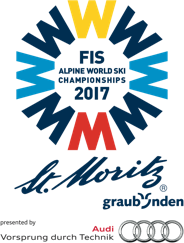