Ashly Burch is an American voice actress, [2] [3] [4] and writer. [5] [6] She is known for her roles as Aloy in Horizon Zero Dawn and Horizon Forbidden West , Tiny Tina in Borderlands 2 and Borderlands 3 , [7] Miss Pauling in Team Fortress 2 , the web series Hey Ash, Whatcha Playin'? , Chloe Price in Life Is Strange , Mayuri Shiina from Steins;Gate , Sasha Blouse from Attack on Titan, RaY from Fortnite: Save the World , Viper from Valorant , Parvati Holcomb from The Outer Worlds , Enid from OK K.O.! Let’s Be Heroes , and Ash Graven from Final Space .

Burch grew up in Phoenix, Arizona, [13] and has an older brother named Anthony. [14] Her mother is an immigrant from Thailand. [14] She credits her career path as a voice actress to playing Metal Gear Solid at age 12. Upon seeing voice actor David Hayter's name alongside that of the main characters, she looked him up and realized that there were actual people who voiced the characters, as she realized that was what she wanted to do as a career. [15] She graduated from Occidental College in Los Angeles in 2012. [16]

After starting Hey Ash, Whatcha Playin'?, Burch got her first voice acting role when her brother, Anthony Burch, was hired as a writer for Borderlands 2 and he suggested she try out for Tiny Tina. [15] For Life Is Strange , she was cast in the role of Chloe Price, after having also auditioned for the roles of Max Caulfield, Victoria Chase and Kate Marsh. [17] In 2020, it was announced that she had signed on to write for the animated show, the Legend of Vox Machina. [18]

Burch dated Must Come Down co-star David Fetzer until his death by accidental overdose in 2012. [19] She discussed this event as well as her own personal mental health issues during her appearance on Paul Gilmartin's The Mental Illness Happy Hour podcast [20] and on Brian W. Foster's show Between the Sheets on Critical Role's YouTube channel. [21] She suffers from chronic anxiety and credits her love of video games to playing Harvest Moon as a child as it was the only thing able to calm her down. She has spoken several times about her anxiety and the positive impact video games had on it. [22] [23]

Mary Elizabeth McGlynn is an American voice actress, ADR director and singer-songwriter best known for her involvement in music production in multiple games from the Silent Hill series, and her extensive English-language dubbing of various anime, animated films and video games.

Laura Bailey is an American voice actress, singer and voice director who provides voices for English-language versions of anime, animation and video games. She made her debut in anime as Kid Trunks in the Funimation dub of Dragon Ball Z. She also voiced Tohru Honda in Fruits Basket, Lust in Fullmetal Alchemist and Fullmetal Alchemist: Brotherhood, the title character in the Funimation dub of Shin-Chan and Maka Albarn in Soul Eater. 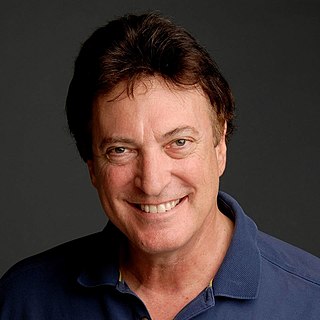 Richard Epcar is an American voice actor, voice director, and writer who has voiced over 600 characters in animation, video games and anime. Some of his major roles include Raiden in the Mortal Kombat franchise, the Joker in Injustice: Gods Among Us, Zangetsu in Bleach, Bobobo-bo Bo-bobo in Bobobo-bo Bo-bobo, Etemon and Myotismon in Digimon, Batou in Ghost in the Shell, Ansem and Terra-Xehanort in Kingdom Hearts, Joseph Joestar in JoJo's Bizarre Adventure: Stardust Crusaders and JoJo's Bizarre Adventure: Diamond is Unbreakable, Black Ghost/Skull in Cyborg 009, Akuma in Street Fighter V, Daisuke Jigen in Lupin the Third and Andrall in Gormiti Nature Unleashed. He and fellow voice actress Ellyn Stern own and operate Epcar Entertainment, a voice-over production service company based in Los Angeles.

Colleen Smith Clinkenbeard is an American voice actress, ADR director, line producer and script writer at Funimation who provides the voices for English versions of Japanese anime series. Having starred as Rachel Moore in the long-running detective series Case Closed, she then served as the ADR director on Fullmetal Alchemist which aired on Cartoon Network's Adult Swim and would star in many other popular anime shows including as Monkey D. Luffy in the Funimation dub of One Piece; the young Goku and Gohan in Dragon Ball Z Kai; Yuko Ichihara in xxxHolic, Riza Hawkeye in the Fullmetal Alchemist series, Momo Yaoyorozu in My Hero Academia, and Erza Scarlet in Fairy Tail.

Stephanie Sheh is an American voice actress, ADR director, writer and producer who has worked for several major companies, including Cartoon Network and Sony. She is often involved with work in English dubs of anime, cartoons, video games and films. Her notable voice roles include Hinata Hyuga in the Naruto franchise Orihime Inoue in Bleach, Usagi Tsukino/Sailor Moon in the Viz Media redub of Sailor Moon, Eureka in Eureka Seven, Mikuru Asahina in The Melancholy of Haruhi Suzumiya, Nui Harime in Kill la Kill, Mikan Tsumiki in Danganronpa, Mamimi Samejima in FLCL, and Mitsuha Miyamizu in Your Name.

Alison Ruth Viktorin is an American voice actress who has worked with Funimation, her most notable role being Conan Edogawa in the detective series Case Closed. She also voices as Kuroko Shirai in A Certain Magical Index and its spinoff, A Certain Scientific Railgun and QT in Space Dandy. 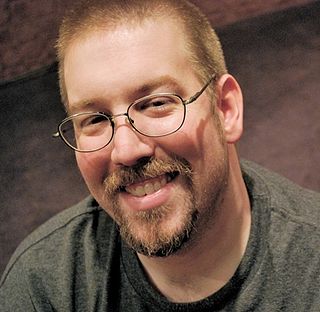 David Patrick Seitz is an American voice actor, ADR director and script writer known for his work for Funimation, Bang Zoom! Entertainment, Viz Media, New Generation Pictures, Studiopolis, Disney/Pixar, Riot Games and NYAV Post. He has provided voices for English versions of Japanese anime and video games, including over 100 projects since his initial foray into the voice-over industry in 2000 with the Amazing Nurse Nanako OVA.

Jamie Lynn Marchi is an American voice actress, ADR director and script writer who works for Funimation and Sentai Filmworks. She has provided a number of voices for English-language versions of anime and video games. She is known for her role as Cana Alberona in Fairy Tail, Rias Gremory in High School DxD and Panty Anarchy in Panty & Stocking with Garterbelt.

Brina Michelle Palencia is an American voice and television actress. She has voiced a number of English-language versions of characters featured in anime. 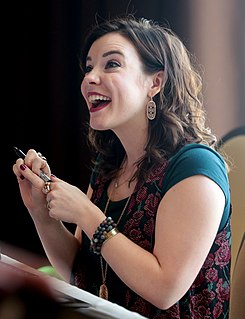 Cherami Leigh Kuehn is an American film, television and voice actress. She has provided voices for a number of English-language versions of anime series and video games with Bang Zoom! Entertainment, Funimation, NYAV Post, Studiopolis and Viz Media. Some of her roles include Sae Kashiwagi in Peach Girl, Tamaki Kawazoe in Bamboo Blade, Patty Thompson in Soul Eater, Lucy Heartfilia in Fairy Tail, Cecily Campbell in The Sacred Blacksmith, Asuna Yuuki in Sword Art Online, Sailor Venus in the Viz Media dub of Sailor Moon, Plutia / Iris Heart in Hyperdimension Neptunia, Sarada Uchiha in Boruto: Naruto Next Generations and Chloe in Pokémon Journeys: The Series.

Matthew Christopher Miller, better known as Matthew Mercer, is an American voice actor. He is best known for his work with Studiopolis, Viz Media, Bang Zoom! Entertainment, Funimation, and NYAV Post in anime, cartoons, and video games. He decided to use the surname Mercer, which members of his family had used in the past, because it is a less common name than Miller and would thus avoid confusion. 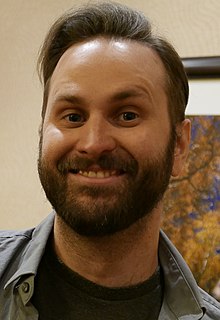 Ian Sinclair is an American voice actor and voice director who works with Funimation and Sentai Filmworks. He provides voices for English versions of Japanese anime series and video games. Some of his major roles include Toraji Ishida in Bamboo Blade; Dallas Genoard in Baccano!; Douglas Rosenberg in El Cazador de la Bruja; Takeru Oyama in Maken-ki!; Brook in the Funimation dub of One Piece; Juzo Sakakura in the Danganronpa series; Whis in Dragon Ball Super, and the title characters in Toriko and Space Dandy. In addition he performs the voice in video games the likes of Battleborn, Baron Flynt in Borderlands, Professor Nakayama and Jimbo Hodunk in Borderlands 2, and Berkut in Fire Emblem Echoes: Shadows of Valentia.

Christine Marie Cabanos is an American voice actress of Filipino descent. Some of her roles include Azusa Nakano in K-On!, the titular characters in Squid Girl and Puella Magi Madoka Magica, Mako Mankanshoku in Kill la Kill, Hisone Amakasu in Dragon Pilot: Hisone and Masotan, Ika Musume from Squid Girl, Hotaru Tomoe/Sailor Saturn from the Sailor Moon series, Shiemi Moriyama in Blue Exorcist, Silica in Sword Art Online, and Minori Kushieda in Toradora!. In video games, she voices Nepgear in the Hyperdimension Neptunia series, Chiaki Nanami and Himiko Yumeno in the Danganronpa series, Filia and Fukua in Skullgirls, and Amitie in Puyo Puyo Tetris.

Hey Ash, Whatcha Playin'? (HAWP) is an independently produced series of sketch comedy videos created by siblings Anthony Burch and Ashly Burch. The series uses surreal humor and comical sibling rivalry to examine the themes, industry trends, and societal impact of video games, with each episode typically focusing on a single game. HAWP was hosted on Destructoid for its first year of production, and syndicated to GameTrailers until 2013, and has since become independently distributed, most notably on YouTube. As of September 2020, the series has received over 60 million views.

Jad Brennon Saxton ; is an American voice actress and ADR Director who works for Funimation and Sentai Filmworks. Her name is an acronym of her parents' names, Jimmy and David, and is pronounced "Jade". She grew up with a good singing voice, which eventually led to her first voice role in Sasami: Magical Girls Club as Eimi Mori, and her first major voice role was Masako Hara in Ghost Hunt. She graduated summa cum laude from Texas Wesleyan University with a Bachelor of Arts in Music in 2005. Some of her other major roles in anime include Akatsuki in Log Horizon, Carla in Fairy Tail, Chika Fujiwara in Kaguya-sama: Love is War, "Hatchin" Morenos in Michiko & Hatchin, Sena Kashiwazaki in Haganai, Haruna in Is This a Zombie?, Koneko Tojo in High School DxD, Tamaki Kotatsu in Fire Force, Megumi Tadokoro in Food Wars!: Shokugeki no Soma and Kanna Kamui in Miss Kobayashi's Dragon Maid.

Brittany Lauda is an American voice actress and voice director who has appeared in English-language dubs of Japanese anime as well as video games. Her debut role was in Queen's Blade Rebellion, where she voiced Mirim.

Steins;Gate 0 is an anime television series created by White Fox that continues the story of 5pb.'s 2015 video game of the same name, and is part of the Science Adventure franchise. The series is a sequel to the 2011 anime series Steins;Gate, and is the final iteration of the Steins;Gate 0 story. It aired between April 12 and September 27, 2018. It is set in an alternative future where the university student Rintaro Okabe, traumatized after his experiences with time travel, meets the neuroscientists Maho Hiyajo and Alexis Leskinen and becomes a tester for their artificial intelligence system Amadeus.