King was born in Baton Rouge, Louisiana, United States. He is the son of blues musician Tabby Thomas. [4] His early recordings were released under the name Chris Thomas. He has won awards including "Album of the Year" for both Grammy Award and Country Music Awards. King has sold more than 10 million records in the United States. He is featured playing the part of Tommy Johnson in the Coen brothers' 2000 film O Brother, Where Art Thou? . He is also featured in Down from the Mountain and More Music from Ray soundtracks.

In June 2021, King’s book “The Blues: The Authentic Narrative of My Music And Culture” was published by Chicago Review Press. The book is compelling, making a powerful, trenchant, well-supported case that the Blues - encompassing other genres such as jazz, RnB, New Orleans music, and other forms - derives from the urban and urbane Creole culture of New Orleans. He further argue persuasively that the received narrative of blues’ genesis in the Mississippi Delta is both incorrect and that the narrative derives from erasure of New Orleans Creole accomplishments.

King is known as the pioneer of rap/blues fusion. [5] He conceived the first sample-based blues concept album in the early 1990s by writing and producing the first all-rap/blues album for RCA Records titled 21st Century Blues… from da Hood.

King's acting career includes prominent roles in several films, including two music-related films. In the Oscar-winning film Ray he plays band leader and blues guitar player Lowell Fulson. During production he collaborated with Ray Charles in scoring the film. [6] In O Brother Where Art Thou? , he portrays a skilled blues guitarist who claims he sold his soul to the devil in exchange for his skill on guitar. The character is based on blues musicians Tommy Johnson and Robert Johnson, both of whom have been linked to selling their soul to the devil at a rural Mississippi crossroads. [7] [8] King also accompanies the film's band the Soggy Bottom Boys on guitar; his rendition of Skip James's Hard Time Killing Floor Blues was recorded live during filming and included on the film's Grammy-award-winning soundtrack.

King also starred in the Wim Wenders art house film The Soul of a Man, as Blind Willie Johnson and Kill Switch as Detective Storm with Steven Seagal. 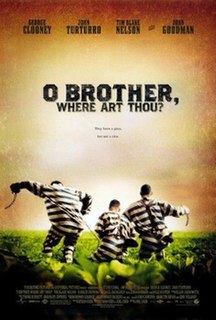 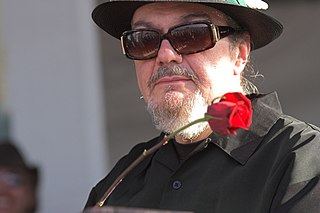 R. L. Burnside was an American blues singer, songwriter and guitarist. He played music for much of his life but received little recognition before the early 1990s. In the latter half of that decade, Burnside recorded and toured with Jon Spencer, garnering crossover appeal and introducing his music to a new fan base in the punk and garage rock scenes. 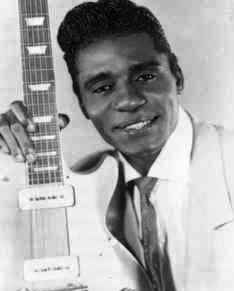 Eddie Jones, better known as Guitar Slim, was a New Orleans blues guitarist in the 1940s and 1950s, best known for the million-selling song "The Things That I Used to Do", produced by Johnny Vincent for Specialty Records. It is listed in the Rock and Roll Hall of Fame's 500 Songs That Shaped Rock and Roll. Slim had a major impact on rock and roll and experimented with distorted overtones on the electric guitar a full decade before Jimi Hendrix.

Tab Benoit is an American blues guitarist, musician, and singer. His playing combines a number of blues styles, primarily Delta blues. He plays a stock 1972 Fender Telecaster Thinline electric guitar and writes his own musical compositions. Benoit graduated from Vandebilt Catholic High School in Houma, Louisiana in May 1985. In 2003, he formed "Voice of the Wetlands," an organization promoting awareness of coastal wetlands preservation.

Jack N. Johnson, known as Big Jack Johnson was an American electric blues musician, one of the "present-day exponents of an edgier, electrified version of the raw, uncut Delta blues sound." He was one of a small number of blues musicians who played the mandolin. He won a W. C. Handy Award in 2003 for best acoustic blues album. 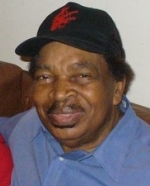 Matthew Tyler Murphy, known as Matt "Guitar" Murphy, was an American blues guitarist. He was associated with Memphis Slim, The Blues Brothers and Howlin' Wolf.

Tommy Johnson was an American Delta blues musician who recorded in the late 1920s and was known for his eerie falsetto voice and intricate guitar playing. He was unrelated to the blues musician Robert Johnson.

David "Fathead" Newman was an American jazz and rhythm-and-blues saxophonist who made numerous recordings as a session musician and leader, but is best known for his work as a sideman on seminal 1950s and early 1960s recordings by Ray Charles.

Ace Records Ltd. was started in 1978. Initially the company only gained permission from the similarly named label based in Mississippi to use the name in the UK, but eventually also acquired the rights to publish their recordings. When Chiswick Records' pop side was licensed to EMI in 1984, Ace switched to more licensing and reissuing work. In the 1980s it also gained the licensing for Modern Records, and its follow-up company Kent Records, whilst in the 1990s, the company bought the labels including all original master tapes.

Ernest Joseph "Tabby" Thomas,, also known as Rockin' Tabby Thomas, was an American blues musician. He sang and played the piano and guitar and specialized in swamp blues, a style of blues indigenous to southern Louisiana.

The Blues Hall of Fame is a music museum located at 421 S. Main Street in Memphis, Tennessee. Initially, the "Blues Hall of Fame" was not a physical building, but a listing of people who have significantly contributed to blues music. Started in 1980 by the Blues Foundation, it honors those who have performed, recorded, or documented blues. The actual building for the hall opened to the public on May 8, 2015. 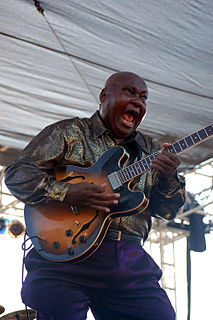 Vasti Jackson is an American electric blues guitarist, singer, songwriter and record producer. He has also been the musical director, and guitarist for Z. Z. Hill, Johnnie Taylor, Denise LaSalle, Little Milton, Bobby Bland, and Katie Webster, plus Jackson has worked with those involved in gospel music including the Williams Brothers, the Jackson Southernaires, and Daryl Coley.