Turmel and his brother Raymond ran unsuccessfully in federal by-elections in 1982 under the Christian Credit Party banner. The party disbanded in 1983 due to lack of support. Turmel subsequently founded the Abolitionist Party of Canada with a similar program. The Abolitionist Party nominated candidates in the 1993 federal election. 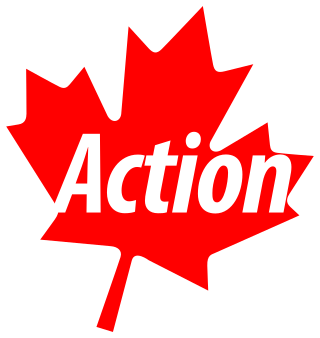 The Canadian Action Party (CAP) was a Canadian federal political party founded in 1997 and deregistered on 31 March 2017.

The Abolitionist Party of Canada was a Canadian political party founded by perennial candidate John Turmel. The party ran on a platform of: monetary reform, including the abolition of interest rates and the income tax, the use of the local employment trading system of banking, and introducing a form of Social Credit with monthly dividends being paid out to each Canadian.

The Christian Democrat Party of Canada was a Canadian political party that organized briefly in 1981-82, in an attempt to start a right-wing populist party. 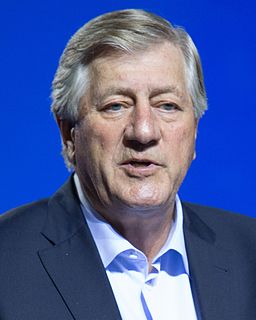 The 1995 Ontario general election was held on June 8, 1995, to elect members of the 36th Legislative Assembly of the province of Ontario, Canada. The writs for the election were dropped on April 28, 1995.

A number of candidates affiliated with John Turmel's Abolitionist Party of Canada contested the 1995 Ontario provincial election. The party was not registered at the provincial level, and the candidates appeared on the ballot as independents. Information about them may be found here.

Anne McGrath was principal secretary to former Alberta Premier Rachel Notley. She was previously deputy chief of staff from January to June 2016 before being promoted to her current position.

John H. Long is a Canadian political figure. He has sought election to the House of Commons of Canada and the Legislative Assembly of Ontario on five occasions and has run for the leadership of the Social Credit Party of Canada, the Progressive Conservative Party of Canada, and the Canadian Alliance. He is strongly influenced by social credit economic theories and has often called for reform of the Bank of Canada.

Nycole Turmel is the former Canadian Member of Parliament representing the electoral district of Hull—Aylmer and served as the Opposition Whip in the New Democratic Party shadow cabinet.

The Pauper Party of Ontario is a libertarian-populist political party in the Canadian province of Ontario based on the principles of social credit. Registered in 2011, the party is led by perennial candidate John Turmel.

Greg Fergus is a Canadian Liberal politician, who was elected to represent the riding of Hull—Aylmer in the House of Commons of Canada in the 2015 federal election.