The Democratic Labour Party (DLP) was a left-wing political party in New Zealand in the 1940s. It was a splinter from the larger Labour Party, and was led by the prominent socialist John A. Lee.

The Democratic Labour Party originated in the internal disputes within the first Labour Party government, which lasted from 1935 to 1949. The division was primarily between moderates, such as Michael Joseph Savage, Peter Fraser, and Walter Nash, and radicals like Lee. Lee and his allies criticised the "cautious" approach taken by the party's leadership, and advocated a considerably stronger policy line. Lee's views were a mixture of conventional socialist theory and the social credit theory of monetary reform. He was also strongly critical of the Labour Party's internal structures, calling its leadership unaccountable and autocratic. MPs sympathetic to Lee’s credit ideas were Arnold Nordmeyer, Bill Barnard, Clyde Carr, Gervan McMillan and also Bill Anderton, Dan Sullivan, Gordon Hultquist and William John Lyon (Hultquist and Lyon both died while serving in World War II). [1]

In 1940, after a long period of rebellion against the Labour Party leadership, Lee was finally expelled from the party. He quickly moved to establish the Democratic Labour Party. One other MP, Bill Barnard, joined him [2] as well as former Labour MP Horace Herring and at least one other, Rex Mason, gave serious consideration to joining. Former MP John Payne was also sympathetic.

When Savage died, Fraser was tipped to succeed him as Prime Minister. During the ensuing leadership election, two of his dissident opponents, Gervan McMillan and Clyde Carr were Lee sympathizers. Even those openly loyal to the party were divided. [3] However, Fraser did win and Labour stayed on its moderate platform for his decade long spell as party leader. [4]

Before long, however, internal tensions developed in the new party, with Barnard accusing Lee of behaving in an egotistical and autocratic manner — this was ironic, considering Lee's criticism of the old Labour Party leadership on the same grounds.

In the 1943 elections, the DLP fielded 52 candidates including Lee, Keith Hay, Alfred E. Allen, Colin Scrimgeour (who stood against Peter Fraser in Wellington Central) and Norman Douglas. They were all defeated. [2] The DLP candidate for Auckland East, F.O. Leo Steve Dromgoole (RNZAF) got Captain Paul Lenihan (USMC) to drop election leaflets from a C-47 on a “test flight” over Auckland and Devonport on 22 September [5]

Barnard stood for re-election as an independent rather than a DLP candidate, but was also defeated. The Democratic Labour Party received only 4.3% of the total vote, and ceased to exist in 1947. [2]

Clarence Farrington Skinner, commonly known as Jerry or Gerry Skinner, was a Labour politician from New Zealand, Deputy Prime Minister of New Zealand between 1957 and 1960, and a minister from 1943 to 1949 and 1957 to 1960 in the First and Second Labour governments.

Norman Vazey Douglas was a New Zealand trade unionist and left-wing politician. He joined the New Zealand Labour Party in 1932, but when John A. Lee was expelled from the party in 1940, Douglas followed to join the new Democratic Labour Party. He rejoined the Labour Party in 1952 and represented the Auckland Central electorate in Parliament from 1960 until his retirement in 1975, serving time on the Opposition front bench. 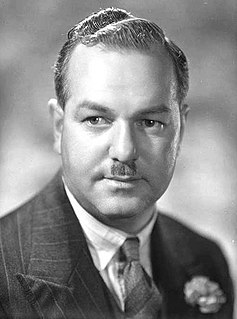 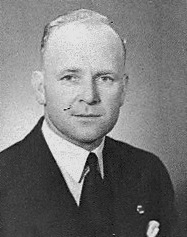 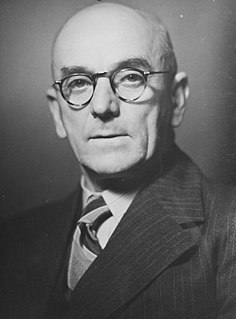 The 1945 Dunedin North by-election was a by-election held during the 27th New Zealand Parliament in the Dunedin electorate of Dunedin North. The by-election occurred following the death of MP James W. Munro and was won by Robert Walls.

The 1947 Avon by-election was a by-election held during the 28th New Zealand Parliament in the Christchurch electorate of Avon. The by-election occurred following the death of MP Dan Sullivan and was won by John Mathison.

The Auckland West by-election of 1940 was a by-election for the electorate of Auckland West held on 18 May 1940 during the 26th New Zealand Parliament. The by-election resulted from the death on 27 March 1940 of the previous member Michael Joseph Savage, the revered prime minister whose terminal illness had not been made public.

The Lee Affair was an event that transpired in the late 1930s in New Zealand revolving around Labour Party MP John A. Lee's repeated vocal, public critiquing of his party's leadership. The affair culminated with Lee's expulsion from the Labour Party who then formed his own Democratic Labour Party causing a sizeable rift in party membership. The events have been described as the Labour Party's first major crisis of identity, the nature of which and manner of its resolution significantly affecting the subsequent development of the party for decades. Lee's biographer Erik Olssen stated that the Lee Affair "marked a key battle in the triumph of authority over democracy."

The Bay of Plenty by-election of 1941 was a by-election for the electorate of Bay of Plenty held on 13 December 1941 during the 26th New Zealand Parliament. The by-election resulted from the death of the previous member Gordon Hultquist of the Labour Party who was killed in World War II.