The Social Credit Party of Great Britain and Northern Ireland was a political party in the United Kingdom. It grew out of the Kibbo Kift, which was established in 1920 as a more craft-based alternative for youth to the Boy Scouts. [2]

The organisation was led by John Hargrave, who gradually turned the movement into a paramilitary movement for social credit. With its supporters wearing a political uniform of green shirts, in 1932 it became known as the Green Shirt Movement for Social Credit and in 1935 it took its final name, the Social Credit Party. [2] At this point C.H. Douglas, the originator of Social Credit and the ideological leader of the group, disavowed the Greenshirts as he did not support the establishment of a political party based on his ideas. [2] The party published the newspaper Attack [2] and was linked to a small number of incidents in which green-painted bricks were thrown through windows, including at 11 Downing Street, the official residence of the Chancellor of the Exchequer. [3] The leadership stated that they had formed the party after a series of independent candidates, espousing various forms of Social Credit, had sought election and they feared that this proliferation of interpretations could lead to the ideological message being confused and weakened. [4]

The party stood a single candidate in the 1935 general election, Wilfred Townend, who polled 11% of the vote in Leeds South. [2] Despite this lack of success, Hargrave was invited by William Aberhart to take an advisory post in the Government of the Province of Alberta, Canada, that had been formed by the Social Credit Party of Alberta. [5] There were an additional two Independent candidates who stood advocating a National Dividend; Reginald Kenney in Bradford North and H.C. Bell in Birmingham Erdington. [6]

The party began to decline when political uniforms were banned by the Public Order Act 1936. [2] Its activities were curtailed during World War II, [2] and attempts to rebuild afterwards around a campaign against bread rationing had little success.[ citation needed ] Hargrave stood again in the 1950 general election, but after he gained only 551 votes, the party disbanded itself in 1951. [2]

In 1976, C. J. Hunt, treasurer of the Social Credit Political League, formed a new party under the old name. [7] This short-lived group was based in Bradford, West Yorkshire, where it was active in local politics. [2]

Notable supporters of Social Credit or "monetary reform" in Britain in the 1920s and 1930s included A. V. Roe the aircraft manufacturer, Frederick Soddy the scientist, Henry Williamson the famous author of Tarka the Otter [8] [ circular reference ], Major-General J.F.C. Fuller the military historian and occultist [9] [ circular reference ], [10] and Sir Oswald Mosley, in 1928-30 a member of the Labour Government but later the leader of the British Union of Fascists.[ citation needed ] Rolf Gardiner had published articles by both Hargrave and Douglas in his journal Youth although this was during the 1920s and he had no formal links to the Social Credit Party. [2]

In the early part of its existence Lord Tavistock had been loosely associated with the party although he would later lend his support to the British People's Party, as a result of which that group espoused elements of Social Credit. [11] 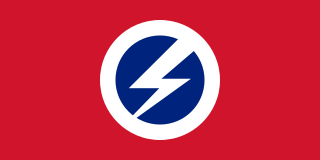 The Manitoba Social Credit Party was a political party in the Canadian province of Manitoba. In its early years, it espoused the monetary reform theories of social credit.

A number of political movements have involved their members wearing uniforms, typically as a way of showing their identity in marches and demonstrations. The wearing of political uniforms has tended to be associated with radical political beliefs, typically at the far-right or far-left of politics, and can be used to imply a paramilitary type of organization. 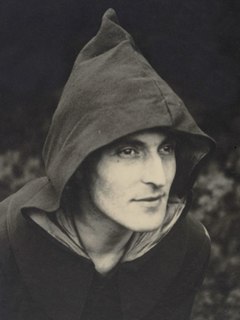 William Irvine was a Canadian politician, journalist, and clergyman. He served in the House of Commons of Canada on three occasions, as a representative of Labour, the United Farmers of Alberta, and the Co-operative Commonwealth Federation. During the 1920s, he was active in the Ginger Group of radical Members of Parliament (MPs).

Henry Rolf Gardiner was an English rural revivalist, helping to bring back folk dance styles including Morris dancing and sword dancing. He founded groups significant in the British history of organic farming. He was said to have sympathised with Nazism and participated in inter-war far right politics, but this was speculation based on his approval of the German Youth Movement's aims of involving townspeople in country community life, such as helping with the harvest. He organised summer camps with music, dance and community aims across class and cultures. His forestry methods were far ahead of their time and he was a founder member of The Soil Association. 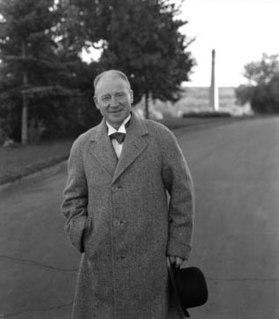 John William Hugill was a Canadian lawyer and politician who served as Attorney General of the province of Alberta from 1935 until 1937. Born in England, he came to Canada and studied law before setting up a practice in Calgary. He became a prominent resident of that city, and served two years on its city council. In the early 1930s, he was one of the few prominent and respectable Calgarians to support William Aberhart's Social Credit League. He ran as a candidate for it in the 1935 provincial election and, when it won, was named Attorney General by Aberhart. 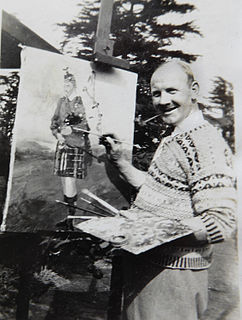 Lieutenant-Colonel Graham Seton Hutchison was a Scottish First World War army officer, military theorist, author of both adventure novels and non-fiction works and fascist activist. Seton Hutchison became a celebrated figure in military circles for his tactical innovations during the First World War but would later become associated with a series of fringe fascist movements which failed to capture much support even by the standards of the far right in Britain in the interbellum period. He made a contribution to First World War fiction with his espionage novel, The W Plan.