In a governmental system, a party leader acts as the official representative of their political party, either to a legislature or to the electorate. Depending on the country, the individual colloquially referred to as the "leader" of a political party may officially be party chair, secretary, or the highest political office.

The party leader is often responsible for managing the party's relationship with the general public and leading the competition against political rivals, similar to the role of a party spokesperson. As such, they will take a leading role in developing and communicating party platforms to the electorate.

In many representative democracies, party leaders compete directly for high political office. It is thus typical in such states (notably in the Westminster system) for the party leader to seek election to the legislature and, if elected, to simultaneously serve as the party's parliamentary leader. In several countries utilizing the parliamentary system, if the party leader's political party emerges with a majority of seats in parliament after a general election, is the leading party in a coalition government, or (in some instances) is the largest party in a minority parliament, that party's leader often serves as the prime minister. Thus, in the politics of several countries utilizing the parliamentary system, a political party's leader is treated as a de facto candidate for prime minister by the media and the general public, even if said office is technically not directly elected.

Party Head or leader of a political party, subject to party’s constitutional document need not be elected member of legislature and is therefore different from leader of parliamentary committee of a party.

This is much harder to do in presidential and semi-presidential systems, where the chief executive is a president who can only be removed by a special impeachment (typically involving a legislative supermajority, an investigation by a constitutional court, or both), and removal entails either a snap election or automatic succession to office by a vice president; therefore, the party's de jure internal leader either takes a background role (such as the Chairs of the Democratic, and Republican parties in the United States, who serve more so as the chief administrative officers of their respective political parties), or the leadership may be automatically bestowed on an incumbent president who belongs to the party (such as the Democratic Progressive Party in Taiwan). In countries using the Westminster system, the leader of the largest political party not within the government serves as the leader of the opposition.

In Canada, the leaders of all major political parties are chosen during their respective political party's leadership conventions upon the completion of a leadership election. Exceptions to this process sometimes occur when Members of Parliament leave their former party to form a new party; examples of this include when Jean-François Fortin quit the Bloc Québécois to form Strength in Democracy in 2014 and when Maxime Bernier quit the Conservative Party to form the People's Party of Canada in 2018.

The party organizations themselves and also their representatives (such as the chairperson, who is the party leader, and other board members) play a much more prominent role in German politics than they do in many other countries, where the parties are mainly represented by their members and leaders in government. Although the party leaders often also hold important public offices (such as government minister or parliamentary leader), those roles are clearly separated, even by law. Consequently, it does occasionally happen that the leaders of a German party are not even members of parliament, such as Saskia Esken and Norbert Walter-Borjans, who are incumbent the chairpersons of the (governing) Social Democrats. This sometimes leads to open conflicts between the party leadership, its parliamentary group and its members of government.

In the Netherlands, the party leaders are the most senior politicians within the political parties in the Netherlands. The leaders outwardly act as the 'figurehead' and the main representative of the party. Within the party, they must ensure political consensus. At election time the leader is always the Lijsttrekker (top candidate) of the party list. Outside election time the leaders most often serve as Parliamentary leader of their party in the House of Representatives, some party leaders opt to serve in the cabinet as a minister.

In the Third Rutte cabinet, the only party leader in the cabinet was Prime Minister Mark Rutte the leader of the People's Party for Freedom and Democracy (VVD), while the leaders of the other parties in the coalition: Christian Democratic Appeal (CDA) leader Sybrand van Haersma Buma, Democrats 66 (D66) leader Alexander Pechtold and Christian Union (CU) leader Gert-Jan Segers opted to remain as Parliamentary leaders in House of Representatives.

In the Republic of Korea, Representatives of most political parties are elected through elections of party members. The representative of the Democratic Party of Korea is Song Young-gil, who was elected in May 2021, and the representative of the conservative opposition PPP is Lee Jun-seok, a famous young politician who was elected in June 2021. In the Democratic party's presidential election, it is also elected through public opinion polls, not party members. For the PPP, however, they calculate the public opinion poll and the party member poll by 50:50.

The major political parties in Taiwan are the Democratic Progressive Party and the Kuomintang.

In Turkey, the party chairpersons are the de facto party leaders. The leaders of all major political parties are chosen during their respective political party's leadership conventions upon the completion of a leadership election. Exceptions to this process sometimes occur when Members of Parliament leave their former party to form a new party. It is possible to co-chair a party. The party leader is the most prominent politician of the party and is usually considered to become the head of government. However, a party leader may also put forward a different candidate for the elections. The party leader (chairperson) can not be the same as the party's General Secretary.

The method of selection of the party leader varies from party to party, though often it will involve an election involving all or part of the party membership. In some parties, only incumbent members of the parliamentary party, or particular party office-holders, may vote; in others, such as the British Labour Party, though the entire membership is eligible to vote, some electors may have a much larger share of the vote than others (see also Superdelegate for a similar concept). If only one candidate emerges, they are said to be "elected by acclamation" or "ratified" by the general membership (sometimes the term "anointed" occurs informally or in media discourse).

The Prime Minister of the United Kingdom, Boris Johnson, gained the position on 24 July 2019; he has served as the party leader of the Conservative Party since 23 July 2019. Sir Keir Starmer is leader of the Labour Party and Leader of the Opposition.

If elected, political parties have party leaders in the executive branch of the United States government. The President becomes the de facto leader of their respective political party once elected, and the Vice President likewise holds a leadership role as both the second-highest executive officer and the President of the Senate. However, major parties also generally have a National Committee as their governing body, which has separate leadership roles.

The legislative branch, otherwise known as the United States Congress, is made up of the upper chamber, the Senate, and the lower chamber, the House of Representatives, with party-elected leaders in each. The leader of the party with most of the representation (sometimes called the party-in-power) in each case is known as the majority leader, whereas the leader of the opposing party with the most members is known as the minority leader.

Party leaders in the United States Senate have been elected by their respective political parties' caucuses since 1913. They include President of the Senate Kamala Harris, President Pro Tempore of the United States Senate Patrick Leahy, Senate Majority Leader Chuck Schumer and Senate Majority Whip Dick Durbin on the Democratic side, and Senate Minority Leader Mitch McConnell and Senate Minority Whip John Thune on the Republican side.

The party leaders of the House of Representatives are elected by their respective parties in the House by secret ballot. The Republican Party is represented in the House by Minority Leader Kevin McCarthy and Minority Whip Steve Scalise, whereas the Democratic Party is represented by Majority Leader Steny Hoyer and Majority Whip Jim Clyburn. In the House of Representatives, the most powerful official is the House-elected Speaker, who is Nancy Pelosi of the Democratic Party. 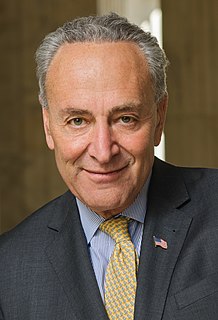 A whip is an official of a political party whose task is to ensure party discipline in a legislature. This means ensuring that members of the party vote according to the party platform, rather than according to their own individual ideology or the will of their donors or constituents. Whips are the party's "enforcers". They try to ensure that their fellow political party legislators attend voting sessions and vote according to their party's official policy. Members who vote against party policy may "lose the whip", being effectively expelled from the party.

In politics, a party chair is the presiding officer of a political party. The nature and importance of the position differs from country to country, and also between political parties. 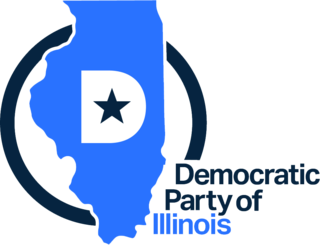 The Utah Democratic Party is the affiliate of the Democratic Party in the U.S. state of Utah. Its platform focuses on economic security, equal opportunity, the common good, and American leadership. The party is a big tent party.

Utah is a state in the United States of America. Its government consists of a state executive, legislative, and judicial branch, laid forth by the Constitution and law of the State of Utah. 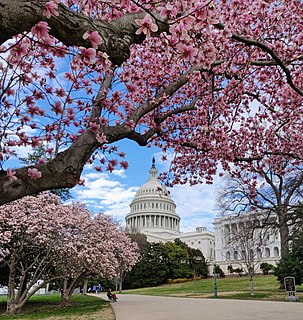 The 116th United States Congress was a meeting of the legislative branch of the United States federal government, composed of the Senate and the House of Representatives. It convened in Washington, D.C., on January 3, 2019, and ended on January 3, 2021, during the final two years of Donald Trump's presidency. Senators elected to regular terms in 2014 finished their terms in this Congress, and House seats were apportioned based on the 2010 Census. 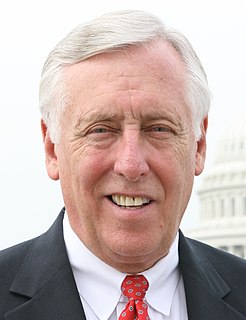 Party leaders and whips of the United States House of Representatives, also known as floor leaders, are elected by their respective parties in a closed-door caucus by secret ballot. With the Democrats holding a majority of seats and the Republicans holding a minority, the current leaders are Majority Leader Steny Hoyer of Maryland, Majority Whip Jim Clyburn of South Carolina, Minority Leader Kevin McCarthy of California, and Minority Whip Steve Scalise of Louisiana. 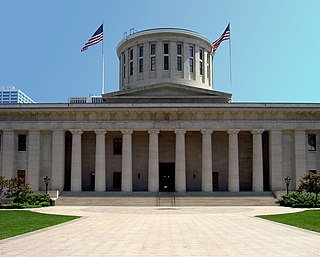 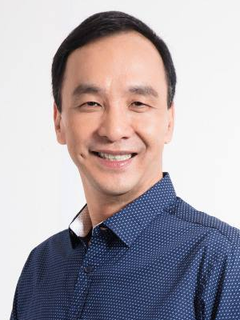 The 2021 Kuomintang chairmanship election was scheduled to be held in July 2021. It was postponed due to the COVID-19 pandemic, and eventually rescheduled for 25 September 2021. It was the tenth direct election of the party leader in Kuomintang (KMT) history. All registered, due-paying KMT party members were eligible to vote.